See THE TWENTIETH CENTURY for Free 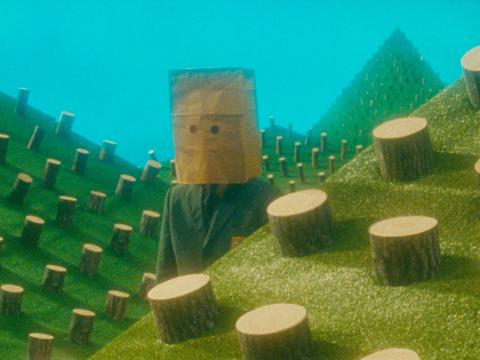 While the Cinematheque's theatrical venues remain closed, we invite you to supplement the American holiday celebrations this week with our latest view-at-home selection, a movie that is definitively Canadian.

THE TWENTIETH CENTURY (Canada, 2019, 90 min.) Sick to death of contemporary politics? Rewind to an even crazier campaign with this gloriously ludicrous delight, set in the improbably cutthroat political landscape of Toronto, 1899. Very loosely based on Mackenzie King, the real-life 10th prime minister of Canada (and who would surely be baffled by his own biopic), the film ushers us into a gorgeously realized, faux-technicolor dreamscape rife with surreal sex and nonstop backstabbing. The impossible-to-synopsize plot is a screwball sendup of Canadian national identity, leading its characters through a veritable ice maze of repression. Jam-packed with jokes and dazzling to behold, The Twentieth Century is guaranteed to be the most fun you have watching political machinations all year. (Mike King)

“A nonstop wonder... the film’s style is impeccable, its comedic delivery perfectly timed, and its editing sharp and energetic. Every laugh segues immediately into anticipatory giggling at what’s to come next. The Twentieth Century being a biopic is merely the icing on the cake of Rankin’s incredible artistry, craft, and utterly bonkers comic and visual sensibility" (/Film).

For a limited time, the Cinematheque is providing a limited number of opportunities to view The Twentieth Century at home for free. To receive instructions on how to view-at-home, simply send an email to info@cinema.wisc.edu and remember to include the word CANADA in the subject line. No further message is necessary.

New on our Cinematalk podcast, the Cinematheque's Mike King leads a lively discussion with The Twentieth Century's ingenious creator, Matthew Rankin. Listen to Cinematalk below or subscribe through Apple Podcasts.