See FILMFARSI and THE DEER for Free! 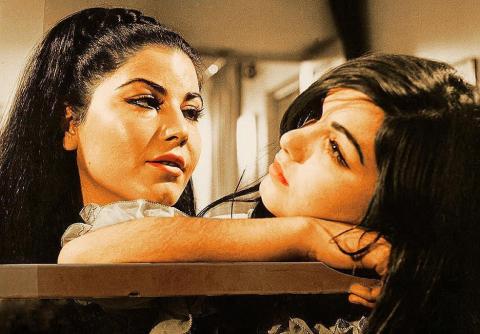 UPDATE: We have reached our free viewing limit on both The Deer and Filmfarsi. Filmfarsi is now available for a $12 rental here. Our Cinematalk podcast with Ehsan Khoshbakht is still available for free here.

While the Cinematheque’s regular cinema screening spaces remain closed, our series of free, view-at-home movies continues with two entrancing movies that focus on a fascinating era of Iranian cinema: Ehsan Khoshbakht's exciting new essay movie Filmfarsi and one of the most acclaimed of all films from Iran, Masoud Kimiai's The Deer.

FILMFARSI (Iran/UK, 2019, 84 min.) Discover a hidden world of Iranian film with this fascinating archival documentary, which resurrects the long-lost popular cinema that thrived in pre-revolution Tehran. Though today it is best known for world-class auteurs like Abbas Kiarostami and Jafar Panahi, Iranian cinema between the 1950s and 1970s was sensational and melodramatic, chock full of sex and violence. As director Ehsan Khoshbakht wryly notes, the actual quality of many of these films “starts at B and descends to the last letters of the alphabet,” but today they provide a valuable window into the country’s midcentury psyche. Created in a culture caught between religious tradition and modernity, these lowbrow genre films often encapsulated contradictory ideas—on the common motif of actresses wearing miniskirts along with their headscarves, Khoshbakht observes that “women’s freedom meant a feast of male visual pleasure.” Nearly all of the over 100 films excerpted in Filmfarsi were eventually banned in Iran, relegated to the VHS bootlegs that form the raw materials of this invaluable history. To complement our presentation of Filmfarsi, Khoshbakht has also provided an exceedingly rare opportunity to see The Deer, a high-water mark of pre-revolution Iranian cinema. (Mike King)

THE DEER (GAVAZNHA, Iran, 1974, 118 min., Farsi with English subtitles) For two consecutive decades and in various Iranian critics’ polls, The Deer has occupied the very top place as “the best Iranian film ever made.” Known for his revenge drama Gheysar (1969)—which changed the course of Iranian cinema—director Masoud Kimiai adds an explicitly political dimension to the story of his typically defiant characters. Here, in a nod to Hollywood’s “buddy film,” the familiar hero of Iranian popular cinema is prompted into social action, far beyond the usual romantic conquests. There is a sense of an imminent revolution in this story of a former champ turned junkie, who reunited with a leftist classmate and is redeemed by revolutionary anger. Picking up where the anti-hero of Gheysar left off, the leading character, Seyyed, (played by versatile method actor Behrouz Vossoughi) again takes the law into his own hands and challenges the established order. When it premiered at the Tehran International Film Festival in November 1974, the film severely suffered from censorship. Despite the censorship, every sequence of this moving, political manifesto resonated with millions of Iranians. Almost unseen outside Iran, this is a rare chance to see a poignant and essential moment in film history when cinema and politics clash.

For a limited time, the Cinematheque is providing limited opportunities to see both Filmfarsi and The Deer at home for free. To receive access to both movies, simply send an email to info@cinema.wisc.edu, and make sure to include the word FILMFARSI in the subject line.

On a new episode of our Cinematalk podcast, Mike King talks with filmmaker and curator Ehsan Khoshbakht. Listen here or subscribe to Cinematalk through Apple Podcasts.