I Am a Child: A Brief History of John and Faith Hubley 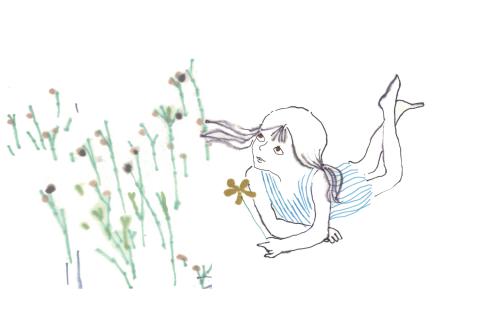 This essay on the career and films of John and Faith Hubley were written by WUD Film Programmer Vincent Mollica. A selection of Hubley short films will screen in our Sunday Cinematheque at the Chazen "35mm Forever" series on November 15 at 2 p.m. in the auditorium of the Chazen Museum of Art.

Born in Wisconsin in 1914, legendary director of animation John Hubley didn’t even make it out of art school before he was picked up to work professionally with Disney. John then left Disney during a 1941 strike, eventually becoming creative director of the innovative animation studio UPA, which produced memorable series with characters like Gerald McBoing Boing and Mr. Magoo. However, Disney had turned the strikers’ names into the House Un-American Activities Committe, resulting in John’s forced exit from UPA. While evading HUAC, he started directing an animated adaptation of the Broadway musical Finian’s Rainbow, featuring the voices of Ella Fitzgerald and Frank Sinatra. However, the severely anti-communist IATSE (International Alliance of Theatrical Stage Employees) realized John had not testified for HUAC and demanded he do so. John stayed strong and refused to name names. Without the influential trade union’s support, however, funding for Finian’s was pulled and the project was destroyed. However, John still came out on top. In 1955, John Hubley and Finian’s editor/script girl Faith Elliott ⎯ friends of 10 years ⎯ were married.

Up to this point, Faith Elliott had lived an exceptional life of her own. She left her home in Hell’s Kitchen at 15, in reaction to her father’s insistence that she become a dentist. At 18, Faith moved to Los Angeles, where many jobs in the movie industry had opened for women because of the war. There she learned how to paint, helped form a film society, and taught a small class on Marxism, all while maintaining work at different studios. Faith eventually returned to New York City, continuing her work in the film industry through projects like Go Man Go (1955), a James Wong Howe-directed film about the Harlem Globetrotters, on which she served as editor.

While in New York, she was hired to work with John Hubley on Finian’s Rainbow and returned again to LA. John and Faith had met previously in LA while he was in the army, and they had remained friends. A very early collaboration occurred on a partially-animated sex education film; John worked on the animation of the menstrual cycle, and Faith worked on the live action. Thus far they had kept romantic tensions in check, but their friendship was tested when Faith went to work with John ⎯ who was already married with children ⎯ on Finian’s. They folded, and in 1955 they married and then moved to NYC where John had opened up a branch of his production company, Storyboard. Of this Faith said, “all I knew was that this was the luckiest moment in my life, and that one could influence the outcome of one's life if one was clear about what one wanted to do.”

John and Faith, starting to raise their new family, made an agreement to both make a film every year and eat dinner as a family every night. These sentiments reflect both the artistic rigor and the love of children that would show up in their films. In The Best of John and Faith Hubley, three shorts have a narrative explicitly driven by children: Adventures of an * (1956), the Academy Award-winning Moonbird (1959), and the program’s highlight, Windy Day (1968).

Adventures of an * is about a small child whose playful spirit eventually wins over his all-business father. Faith said of it, “the film turned out to be a visual experience about the vision of a little child, which is so pure and so wonderful…” Depicting play with what looks like moving Matisse cut outs, the Hubleys poignantly realize the purity of vision to which Faith refers.

Moonbird uses the improvised world and dialogue of John and Faith’s real life sons, who playfully bicker about trying to capture the titular bird, as fodder for the film’s story. Funnily enough, the film was funded through advertisements John and Faith had made for the cereal Maypo, featuring the character Marky Maypo. Wanting to evoke a sense of naturalism, Marky Maypo was voiced by their son, giving the piece the same general quality of Moonbird. The massive success of the ad campaign, as well as the Academy Award win for Moonbird, can be read as a popular enjoyment of being able to again look at everyday items or stories as child might.

Working with their daughters in 1968, Windy Day visualizes the playful interaction of their daughters Georgia and Emily, and consists partly of made up theater and partly of sisterly heart-to-heart. Windy Day’s narrative and physical world is completely formed and broken by the girls’ dialogue ⎯ to an even greater degree than Moonbird ⎯ and is guided by light, suggestive, watercolor. In her essay “Two Sisters,” Amy Lawrence writes of how, in Windy Day, “sisterhood becomes a space wherein the emergent female subject encounters both challenges to and support for her evolution into a powerful, capable, singular subject.” Lawrence’s quote gets at the depth with which a “Windy Day” depicts both the beauty and difficulties of a sibling relationship.

John and Faith would make films, features, and shorts together for two full decades, implementing both radical style and politics into their films. Together they had two sons, Mark and Ray, and two daughters, Georgia ⎯ of Yo La Tengo ⎯ and Emily, who also makes animated films. In 1977, at Yale, John died during heart surgery, while Faith continued making animated films, surviving a 1974 cancer diagnosis, until she, too, passed in 2001. Faith had produced another 20-plus years’ worth of material between John’s passing and her own, ranging from the autobiographical to the spiritual. In 1995, almost 50 years after John and Faith worked on an educational film covering the same topic, Emily made a beautiful short film about menstruation called Her Grandmother’s Gift (1995). In a strange reversal of Windy Day, Faith voices herself, talking to her grandchild about her changing body in grand, cosmic, context. Like John and Faith had done with Windy Day, Emily uses animation to reflect upon family, forming a whole world inside the moment of two lives merging.