This November and December, the Cinematheque continues its tradition of screening great movies from before the dawn of sound. We begin on November 10 with a screening of Eisenstein’s great October, shown in commemoration of the 100th anniversary of the Russian Revolution. On November 11, we will present a marathon selection of three features and two shorts from the rich period of 1913-1917, all personally curated from the collections of the Library of Congress by Professor David Bordwell. Plus, a new DCP restoration of William Wellman’s Beggars of Life starring Louise Brooks and Wallace Beery and a rare 35mm screening of Yasujiro Ozu’s final silent movie, An Inn in Tokyo. 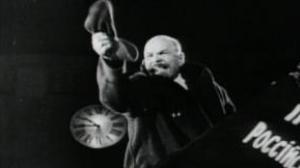 Based on American John Reed’s journalistic account, Ten Days That Shook the World, Eisenstein’s stunning feature was made to commemorate the tenth anniversary of the 1917 Bolshevik revolution, which began on October 25, 1917. October focuses on the events in St. Petersburg in the months leading up to the revolt, related through Eisenstein’s influential montage experiments, begun in his other masterworks like Battleship Potemkin. Live piano by David Drazin. Print courtesy UCLA Film & Television Archive. Co-presented with the UW’s Center for Russia, East Europe, and Central Asia (CREECA). 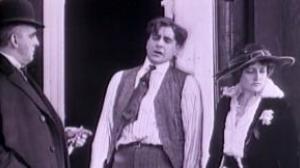 This tale of a crook trying to go straight, adapted from an O. Henry story, is one of the finest of early American features thanks to subtle performances and brilliant direction from veteran Tourneur (The Last of the Mohicans). Preceded by the short satire of Hollywood, THE ICED BULLET (1917, 35mm, 50 min.), featuring flagrant PR for the Thomas Ince studio, where we see movies being shot. The film’s director Reginald Barker plays—what else?—a harried director. Live piano by David Drazin. Prints courtesy Library of Congress. (DB) 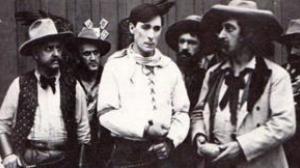 Silent icon Hart’s first feature, established him as the stoic, silent outlaw trying to reform. The vigorous gunplay and Barker’s crisp direction make this a classic Western. Preceded by The Perils of Pauline’s Pearl White stars in the 1913 comedy short WILL POWER (15 min.), as a girl with a problem: her father is using mind control to rid her of her boyfriend. Live piano by David Drazin. Prints courtesy Library of Congress. (DB) 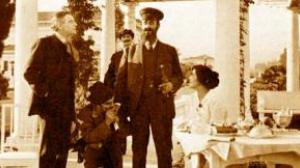 In DeMille’s adaptation of a play by Booth Tarkington (The Magnificent Ambersons), bluff American know-how confronts European snobbery when a lawyer tries to save a young woman from a swindler—and makes friends with a Russian nobleman along the way. Live piano by David Drazin. Print courtesy Library of Congress. (DB) 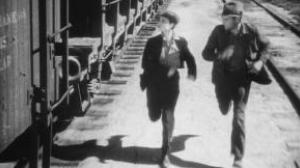 A year after picking up Hollywood's first Oscar for Wings, legendary director Wellman turned to this rollicking saga of hobos on the lam. In what was probably her finest Hollywood feature, the magnificent Brooks hops freight trains with Beery and finds romance with Arlen. A recently restored DCP, featuring a score by the Mount Alto Motion Picture Orchestra, will be screened. 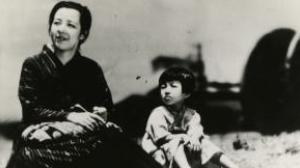 In a heartfelt, emotional story that pre-dates Italian neorealism, the homeless wanderer Kihachi (Sakamoto) tries to find a more stable life for himself and his two boys. Their lives are changed when Kihachi meets an old acquaintance and a single, similarly homeless young mother. Presented here with the original synchronized score, Ozu’s final silent movie is one of the director’s finest achievements.