In collaboration with the student-run WUD Film Committee, the Cinematheque brings back our Monday evening series of fun screenings that travel down the less-visited, sometimes more grungy avenues of contemporary pop cinema. The screenings take place at the Marquee Theater in Union South. This season’s offerings include new digital restorations of Brian De Palma’s Scarface, John Waters’ early effort, Multiple Maniacs, and the presumed lost rock musical Catch My Soul. 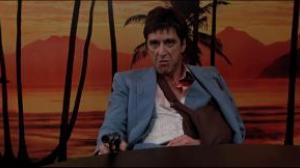 De Palma’s once-controversial-now-canonized remake of Howard Hawks’ gangster movie tells the saga of Tony Montana (Pacino), a foul-mouthed Cuban criminal who briefly rules a cocaine empire. Like the main character, De Palma’s visual approach is gleefully excessive but “the violence grows out of the lives of the characters; it isn't used for thrills but for a sort of harrowing lesson about self-destruction” (Roger Ebert). 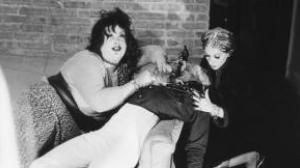 In one of director Waters’ earliest and most outrageous efforts, the inimitable Divine stars as the operator of the “Cavalcade of Perversion.” The operation is really just a front for a criminal enterprise meant to lure in unsuspecting victims who are tied-up, robbed, and even killed. After an obscene act is committed with rosary beads, Divine ultimately finds her fate in the claws of a giant lobster. A brand-new DCP restoration, made from the original 16mm elements, will be shown. 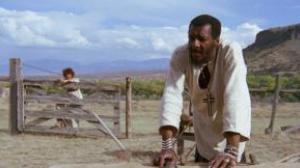 The lone directorial effort from acclaimed actor McGoohan is a vivid yet hallucinatory realization of writer/producer Jack Good’s stage musical, itself an Americanized updating of Othello. Alternately told through rock songs and large snippets of Shakespeare’s dialogue, the story tells of a black itinerant evangelist (Woodstock sensation Havens, in his only dramatic role), whose marriage to a young woman in his flock (Hubley), sparks the jealousy of commune leader Iago (LeGault, in a commanding, scene-stealing performance). Unseen for decades, it was recently restored for contemporary audiences to discover.