Our annual LACIS Festival de Cine returns with a selection of the best in recent Spanish-language cinema. The great Javier Bardem headlines the satirical The Good Boss, which received a record-breaking 20 Goya nominations and won Best Picture, Director, Actor, and Screenplay. A pair of crime thrillers take us deep into Mexico (La Civil) and Colombia (Los Conductos), and legendary filmmaker Patricio Guzmán captures Chile’s recent political revolution in My Imaginary Country. The series is presented with the generous support of Latin American, Caribbean, and Iberian Studies (LACIS) at UW-Madison. Special Thanks to Alberto Vargas, Sarah Ripp. (MK) 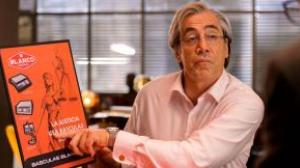 In what is unquestionably one of his signature leading roles, Javier Bardem plays Blanco, the charismatic and sometimes menacing owner of a factory that manufactures industrial scales. While awaiting the presentation of an award for corporate excellence, Blanco must sort out the problems of his workers - problems that are undoubtedly compounded by Blanco’s not-so-upstanding personal behavior! A compelling and darkly funny workplace satire. The Good Boss “provides prime material for Bardem, who has to maintain a polished veneer even as his character’s mendacity and troubles mount” (Ben Kenigsberg, The New York Times). 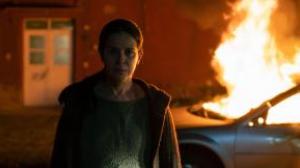 When her teenage daughter is kidnapped, Cielo will stop at nothing to get her back. After turning to the cops and her family, she takes matters into her own hands, and goes up against the cartel herself. Co-produced by Palme d’Or winners Cristian Mungiu (4 Months, 3 Weeks, and 2 Days) and the Dardenne brothers, La Civil invests its gripping, ripped-from-the-headlines thriller premise with a documentary-like eye for detail. Inspired by true events, La Civil won a Courage Prize at the Cannes Film Festival. (MK) 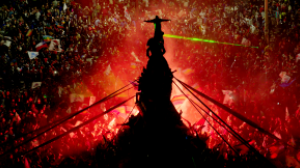 In October 2019, over a million people took to the streets of Santiago demanding social change, igniting years of protests with the aim of reshaping the very foundation of Chile’s government. Master documentarian Guzmán (Nostalgia for the Light), who chronicled Chile’s 1973 coup d’état in his classic The Battle of Chile, is once again on the ground to capture his home country’s latest political earthquake. My Imaginary Country is amply supplied with Guzmán’s characteristically clear-eyed observations and arresting protest footage, but is most of all devoted to probing interviews with a broad cross-section of the women behind the revolution. (MK) 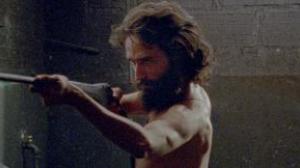 Pinky is on the run. After living under the spell of a cult, he’s finally escaped and is hiding out with his gun in an abandoned building in Medellín, Colombia. Edging back into society, he takes a job in an illegal screen-printing factory and watches his back, waiting for fate to catch up with him. Shot on rich 16mm, crafted with total precision, and paced like a bullet, Camilo Restrepo’s stylish debut won the Best First Feature prize at the Berlin Film Festival. “Succinctly potent like a concentrated shot of a mood-altering substance” (The Film Stage). (MK)