On Wednesday evenings this summer we will remember one of contemporary cinema’s most talented and most mercurial auteurs, Peter Bogdanovich (1939-2022). Before he became a writer, producer, and director, Bogdanovich was a curator of repertory film programs and a journalist who specialized in interviews with pioneering Hollywood actors and filmmakers, and his movies are suffused with cinephilia, especially for 30s and 40s Hollywood melodramas and comedies. Although he was widely celebrated for a trio of early 70s box office successes (The Last Picture Show, What’s Up, Doc?, and Paper Moon), this series will focus on six Bogdanovich features made after he fell out of favor with American audiences and the Hollywood establishment. We start with his final narrative feature, Squirrels to the Nuts, a radically different director’s cut of the movie that became She’s Funny That Way, and shown here for the first time since its well-received premiere earlier in 2022 at New York’s Museum of Modern Art. The series also includes three other definitive Director’s Cuts of neglected Bogdanovich movies, as well as the theatrical release versions of two very fine movies, Saint Jack and The Thing Called Love. 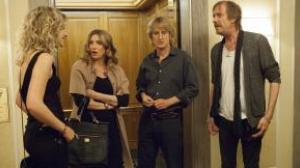 Bogdanovich’s last narrative feature is an ensemble romantic farce that centers around a Brooklyn sex worker and aspiring actress, Isabella (Poots), and how she unwittingly affects the interconnected relationships between a Broadway Director (Wilson), his leading lady wife (Kathryn Hahn), her suave co-star (Rhys Ifans), an obsessive judge (Austin Pendleton), and a thoroughly unprofessional therapist (Aniston), among many others. Heavily recut and reshot, then finally released in 2015 as the disemboweled She’s Funny That Way, Bogdanovich’s elegant, Lubitschean, and vastly different personal cut was discovered in 2020 by James Kenney, a City University of New York English Instructor and Bogdanovich superfan. Kenney, who has described Squirrels as “an autumnal work of art, a rich and delightful summation of Bogdanovich’s style and obsessions, featuring surprising depth of characterization and expertly executed comic set pieces,” will appear in person to discuss his journey in bringing the original version back to life. 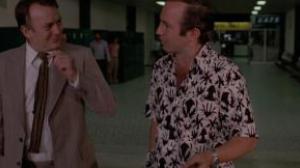 In what might be his most charismatic and memorable role, Gazzara is Jack Flowers, an amiable American pimp living by an increasingly outmoded code of honor in Singapore during the Vietnam-era. In the episodic story adapted from Paul Theroux’s novel, Jack has his run-ins with U.S. soldiers, British businessmen, and CIA spooks, all while attempting to build the brothel of his dreams. After his fall from grace with Hollywood in the mid 1970s, Bogdanovich reunited with producer Roger Corman for this medium budget, character-driven gem that delivered the director some of the best reviews of his career. 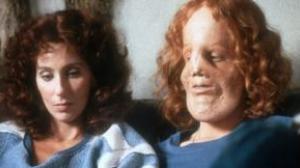 Rocky Dennis (Stoltz) is trying to make the most of his teenage years while living with a bone disorder that causes deformities to his skull. Rocky’s strength comes from the love and encouragement that he gets from his high-energy mother, Rusty (Cher), though she could use some confidence building of her own. This touching drama based on the lives of real people was the first modest box office success after five flops in a row for Bogdanovich. The director’s career stalled again, however, when he complained about studio meddling to what became the original release version of Mask. This Director’s Cut restores about seven minutes worth of scenes and several songs by Bruce Springsteen, the real Rocky Dennis’ favorite musician. 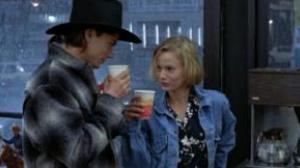 A small circle of singer-songwriters fall in and out of love with each other while trying to navigate the modern Nashville country scene in this unjustly ignored late period Bogdanovich gem. Buoyed by a charming cast, as well as extended cameos from real-life country stars such as K.T Oslin, Trisha Yearwood, and Jimmie Dale Gilmore, the film also boasts Phoenix’s final completed performance and a scene-stealing early-career highlight from Bullock. (BR) 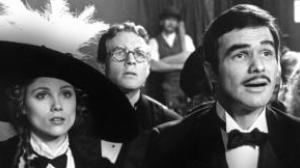 Drawing on interviews he conducted with legendary, pioneering directors like Allan Dwan, Raoul Walsh, and John Ford, Bogdanovich was inspired to make this episodic comedy set in the turbulent early days of the movie industry, 1910-1915. O’Neal plays a nerdy lawyer turned top director and Reynolds is a con man who becomes a movie star. The supporting cast includes Brian Keith, Stella Stevens, and John Ritter. Originally released in color, this Director’s Cut of Nickelodeon is presented in Bogdanovich’s preferred black and white, and restores five minutes deleted from the theatrical release. 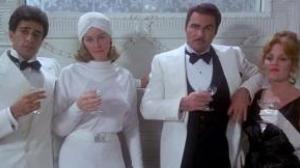 Reynolds, Shepherd, Kahn and a game cast of fine character actors sing and dance to the songs of Cole Porter in this entertaining tribute to 30s musicals. The story revolves around a quartet of socialites who couple and then re-couple. Using direct sound recording (as opposed to having actors lip-synch to a pre-recorded track), Bogdanovich’s daring experiment is a forgotten 70s gem worth re-discovering. This definitive version, compiled in 2013 represents the director’s third and final attempt at re-editing At Long Last Love.