A Piece of Vietnam

The Cinematheque, in conjunction with University Theatre’s production of Shirley Lauro’s A Piece of My Heart, will present two special programs of films that explore the Vietnam War era. Lauro’s play pays equal attention to the war and its aftermath with a story of six courageous women sent to Vietnam and their struggle to make sense of their tumultuous experiences. Our tie-in film programs include a double bill of Oscar-winners: Pierre Schoendoerffer’s The Anderson Platoon and Hal Ashby’s Coming Home. Plus, the Madison premiere of a new documentary, The Donut Dollies, which tells its own unique story of brave women volunteers during the Vietnam War. A Piece of My Heart, directed by Baron Kelly, runs March 3-11. Special Thanks to Baron Kelly, Doug Bradley, Scot Shepley. 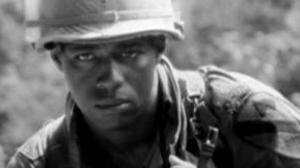 French documentary filmmaker Schoendoerffer follows a platoon of American soldiers, led by African-American Lt. Joseph Anderson, as they are ordered to take the crest of a hill about 250 miles north of Saigon. Unsentimental yet completely moving, The Anderson Platoon won the Academy Award for Best Feature Documentary. 16mm print courtesy Academy Film Archive. 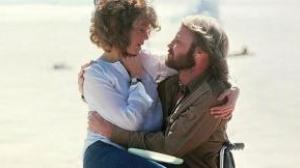 Among the first mainstream Hollywood films to address the Vietnam War with a critical attitude, this melodrama set in 1968 tells the story of Sally (Fonda), who volunteers at a veterans’ hospital while her husband (Dern), an army captain, is away fighting. After she meets and falls for a recovering and embittered paraplegic (Jon Voight), Sally is moved to reconsider her prior views. Ashby, nearing the end of his 70s hot streak, manages to create a memorably loose, shaggy, and real atmosphere while adhering to the classic structure of the Oscar-winning script by Nancy Dowd, Robert C. Jones, and Waldo Salt. Voight and Fonda also both won Oscars for their performances. The naturalistic cinematography is by frequent Ashby collaborator, Haskell Wexler. 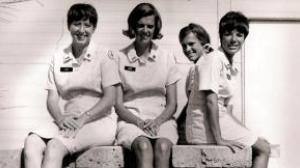 Two women bravely return to Vietnam after 46 years to remember their intense and transformative experiences as Red Cross “Donut Dollies”: volunteers who boosted the morale of battle-worn soldiers on the frontlines of the Vietnam War while negotiating their own unforgettable emotional journey. These women suffered heartache over the loss of soldiers who they befriended, consistently witnessed the sometimes gruesome sights of the wounded, were put under fire on base and in helicopters, and experienced PTSD as well as infertility and medical issues believed to have been caused by exposure to Agent Orange. The Donut Dollies provides a new entry into the canon of American women’s history.