New from Japan and India

Our first two Friday evening screenings of 2022 will spotlight two new releases that also happen to be two of the best reviewed movies from Japan in recent memory. The final film from House director Nobuhiko Obayashi (1938-2020), Labyrinth of Cinema is a phantasmagorical love letter to moviegoing and must be experienced in a cinematic setting. Drive My Car is the second new film from director Ryusuke Hamaguchi to be released in the last year to great acclaim, after Wheel of Fortune and Fantasy. Based on a story from Haruki Murakami, Drive My Car won several prizes at the 2021 Cannes Film Festival and was named Best Film of the Year by the New York Society of Film Critics. On February 12, the Cinematheque continues its focus on New Indian Cinema with Pebbles, a powerful new drama that is India’s official submission for Best International Feature at the 2022 Academy Awards. Plus, a big-screen showing of the excellent new documentary about headstrong female journalists, Writing With Fire, which showed to great acclaim at the virtual 2021 Wisconsin Film Festival. New Indian Cinema is presented with the support of UW Madison’s Center for South Asia. Special thanks to Sarah Beckham and Darshana Sreedhar Mini. 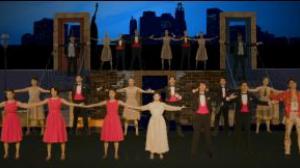 It’s the last picture show for a small movie theater in a sleepy seaside town, which commemorates the occasion with an all-night marathon of Japanese war films. When lightning strikes the theater, three young men are transported into the world onscreen where they experience the violent battles of several wars leading up to the bombing of Hiroshima. A breathless cinematic journey through Japan’s past, the awe-inspiring, visually resplendent Labyrinth of Cinema urges us to consider cinema as a means to change history. The culmination of an exceptional career, this was the final film of Obayashi (1938-2020), whose first feature was the celebrated and phantasmagorical House (1977). 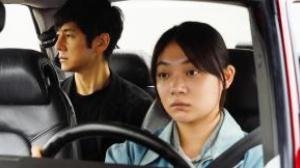 Two years after his wife’s unexpected death, renowned stage actor and director Yusuke (Nishijima) is assigned a young woman to chauffeur him in his beloved red Saab while he stages a production of Uncle Vanya at a theater festival in Hiroshima. As the production’s premiere approaches, tensions mount between Yusuke and a handsome TV star who shares an unwelcome connection to Yusuke’s late wife. Forced to confront painful truths raised from his past, Yusuke begins - with the help of his driver – to face the haunting mysteries his wife left behind. Adapted from Haruki Murakami’s short story, Drive My Car is a haunting road movie traveling a path of love, loss, acceptance, and peace. Best Film of 2022, New York Society of Film Critics. 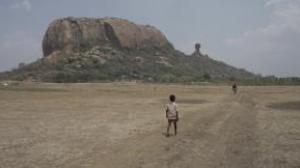 In a remote part of India debilitated by drought, Ganapathy, a chain-smoking drunk is determined to fetch his wife and bring her back to their village. Bringing his young son to join him on a long walk on one of the hottest days of the year, Ganapathy is forced to reckon with his past and his future. “With the stark clarity of its story and the audacity of its style, it presents a complex view of social life, material conditions, and the struggles for selfhood” (Richard Brody, The New Yorker). Pebbles is India’s official submission for Best International Feature to the 94th Academy Awards. 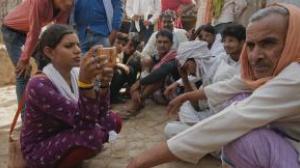 2022 Academy Award nominee: Best Documentary Feature! Hailed as “the most inspiring journalism movie—maybe ever” by The Washington Post, this rousing documentary spotlights the only Indian newspaper run entirely by women. Founded nearly 20 years ago by a band of fearless Dalit women in rural Uttar Pradesh, the Khabar Lahariya paper has aggressively taken on India’s patriarchy and beaten the odds to have a real-world impact on local politics. But now, its reporters are facing the directive that is dreaded in newsrooms the world over throughout the 21st century: it’s time to “pivot to video.” As members of India’s lowest caste, many of the paper’s staff have never handled a smartphone before, and reconfiguring their reportage for YouTube is no small hurdle. But with an online presence comes a broader reach, and as their webpage’s clicks start climbing, the self-taught team behind Khabar Lahariya finds themselves taking on national issues and gaining global recognition. This real-world David and Goliath story of women standing up to speak truth to power won both an Audience Award and Special Jury Award at the 2021 Sundance Film Festival. “A stirring and inspiring documentary about some very courageous women, who deftly articulate and defend the need for accurate, fearless journalism in the pursuit of justice” (Vox). (MK)