Before they merged with 20th Century Pictures, the Fox Film Corporation was, by 1929, the third largest of the major Hollywood studios. At the start of the 1930s, the studio was ready for the new era with an all-talkie release slate featuring movies that frequently took advantage of the storytelling freedoms that existed in this time before the enforcement of the censorious Motion Picture Code. In March and April, the Cinematheque will present three double feature programs of wonderful and rare Fox movies made between the pre-code years of 1930 and 1933. These six features often show little concern for adhering to the code’s establishing principle of not lowering the moral standards of viewers, but they also reveal a level of quality and craftsmanship in movie making that makes these films hugely entertaining and must-see viewing 90 years after they were first released. Despite a roster of top notch actors and directors, like Joan Bennett, Spencer Tracy, Erich von Stroheim, and William K. Howard, none of the movies in this series have ever been released on home video and have not been shown on television for decades. 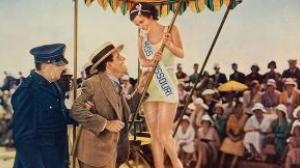 A beauty contest winner from a small town (Bennett) impulsively marries a much older millionaire she just met, rejecting the fella (Tracy) who truly loves her. She soon discovers that her new husband not only has a sordid past, but that he is also insanely possessive and sadistically perverse. “The incidents soon assume a deadly crimson, culminating with Norton carrying his wife down to a pack of fierce Great Danes” (The New York Times). 35mm preservation print courtesy UCLA Film & Television Archive. 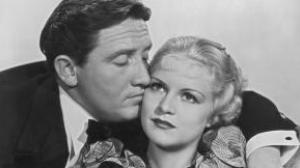 After prohibition, imprisoned bootlegger Ed Carson (Tracy) is appalled to discover that his old gang is now making serious dough by kidnapping babies for ransom. After plastic surgery, Ed is released by federal authorities who want him to infiltrate the mob and break up their “snatch racket,” as Ed calls it. The New York Times, praising Tracy’s naturalistic acting, called his performance in The Mad Game “superlatively real.” 35mm preservation print courtesy UCLA Film & Television Archive. 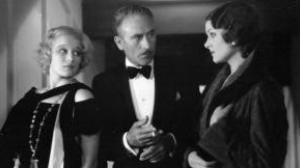 The year before Grand Hotel, Fox released this multi-storyline melodrama set aboard an ocean-crossing luxury liner. At the center is a jewel thief (Lowe) who attempts to make the greatest haul of his career. The brilliant, deep-focus cinematography of James Wong Howe is put to full effect in a rousing climactic chase through the engine room. Marvelously entertaining but near impossible to see since the 1930s, no complete copy of the U.S. release version of Transatlantic survives. This restoration from the Museum of Modern Art pairs the American soundtrack with footage from various European release prints, yielding a full sense of the film for the first time in 80 years. Restored by The Museum of Modern Art and The Film Foundation with funding provided by The George Lucas Family Foundation. 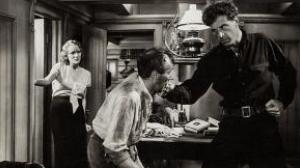 In his last film role, silent-era star Sills plays Wolf Larsen, the cruel captain of a schooner who dominates the despairing drifter (Hackett) that Larsen rescues at sea. This ambitious adaptation of the Jack London novel is a technical tour-de-force for the early sound era, with extensive dialogue sequences recorded in the open air aboard a fully rigged ship. 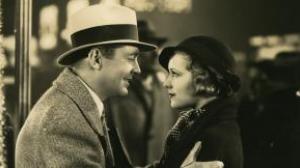 In this sometimes sordid and naturalistic pre-code gem, an idealistic young working class couple (Dunn and Mallory) find their love torn apart by jealous friends, roommates, and neighbors. Although no director is credited, Hello, Sister! was intended to be the first talkie directed by the legendary von Stroheim after he experienced enormous difficulties on his last two silent era movies, The Wedding March (1926) and Queen Kelly (1928). Delivering his version on time and within the agreed upon terms of the budget, Fox executives nevertheless imposed severe cuts and reshoots of several scenes (directed by Burke and Werker). “It is not known how much of the remaining material can be attributed to Stroheim (estimates range from 25 to 75 percent) although it is striking how much the film reflects the director's sensitivity despite the mutilations” (Dave Kehr). 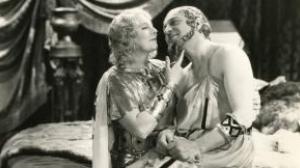 In a comic role made famous on Broadway by Katharine Hepburn, Landi stars as Antiope, bold leader of the Amazon army in 800 B.C. Antiope is confounded by her first encounter with the Greek warrior, Theseus (Manners), whose strapping masculinity is something new to her: Antiope attacks him with a sword; Theseus conquers her with a kiss. “Entertaining proof that gender issues are not exclusively a 21st-century concern...Director Lang effectively lob[s] some broadly suggestive pre-code gags, including a startling moment when the Amazon army salutes their queen with raised middle fingers” (Dave Kehr).