In conjunction with the publication of UW alum Keith Phipps’s illuminating book Age of Cage: Four Decades of Hollywood Through One Singular Career, the Cinematheque celebrates one of Hollywood’s truly singular talents: Nicolas Cage.  Whether he’s portraying an action hero, a conflicted headcase, or a romcom leading man, few performers have bent such a variety of major productions to accommodate their unique, uncompromising creative vision. As seen in past Cinematheque and Wisconsin Film Festival selections like Mandy, Joe, and Red Rock West, Cage is a transformative screen presence with the capacity to surprise in all manner of roles.  Our tribute focuses on the first decade of Cage’s career, where he established his wholly unique persona in a series of bona fide knockouts: the blown-out 80s comedy Valley Girl; the Coen brothers’ first masterpiece Raising Arizona; and David Lynch’s road-trip/head-trip Wild at Heart. Phipps will join us in-person at the 2022 Wisconsin Film Festival for a screening of the unhinged Vampire’s Kiss, which is perhaps the ultimate expression of Cage’s gonzo performance style and must be seen to be believed. (MK) 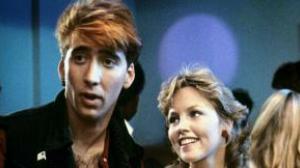 A pretty and popular California high-schooler (Foreman) finds herself confronted with an impossible decision: her crush (hunky and hilarious Cage in his first leading role) or her clique. The script is outfitted with lines such as, “I like totally don’t love you anymore,” and the light and poppy soundtrack features Modern English, Bananarama, and Men at Work. “This movie is a little treasure, a funny, sexy, appealing story of a Valley Girl's heartbreaking decision: Should she stick with her boring jock boyfriend, or take a chance on a punk from Hollywood?” (Roger Ebert). 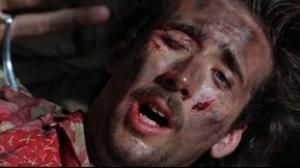 Cage and Hunter are indelible as Hi and Ed, a pair of dim-bulb newlyweds who kidnap a furniture magnate’s infant son to raise as their own. In one rip-roaring, hilarious setpiece after another, these good-hearted lovers on the run trip over their own dumbest instincts. Endlessly quotable and engineered with Looney Tunes precision, this bravura caper comedy more than made good on the promise of Joel and Ethan Coens’ debut Blood Simple, catapulting the brothers to the fore of American cinema, where they have remained ever since. (MK) 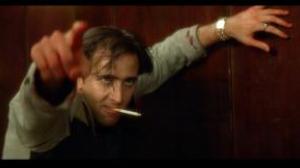 Lynch’s genre-bending, Cannes Palme d’Or winning road movie, based on a Barry Gifford novel, stars Cage and Dern as lovers on the run from an angry mother (Diane Ladd, in an Oscar-nominated turn), a private detective, and a hitman.  Along the way, they encounter a plethora of grotesques and stop for plenty of explicit sex.  The supporting cast also includes a creepily effective Dafoe, plus Crispin Glover, Harry Dean Stanton, Jack “Eraserhead” Nance, and a barely recognizable Isabella Rossellini.