Beginning with the Lumieres and the origins of motion pictures more than 130 years ago, France has remained one of the world’s leading contributors to the art of cinema. In November and December, the Cinematheque will present six French feature films, all shown in new digital restorations, that cover several decades within 70 years of French cinema history. The lineup includes an influential Jean Renoir gem from the 1930s (Toni); one of the earliest and most impactful movies of the nouvelle vague (Truffaut’s The 400 Blows) and another from the mid-1960s (Resnais’ La guerre est finie) ; a once hard-to-see early effort from noir specialist Jean-Pierre Melville (When You Read This Letter); the 2007 debut from acclaimed contemporary filmmaker Mia Hansen-Løve (All is Forgiven) and the berserk, late era cinema du look Christmas action thriller (Dial Code Santa Claus), that just might have been the movie that inspired Home Alone! 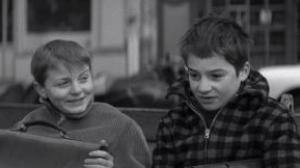 This landmark nouvelle vague classic, loosely based on Truffaut’s own troubled childhood, introduced filmgoers to the enduring character of Antoine Doinel, touchingly played by Leaud in what became, literally, the role of a lifetime. This first of Truffaut’s five Doinel films remains the most impactful and best-loved. A new 4K restoration will be screened. 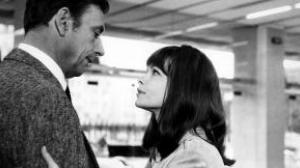 In Resnais’ fourth feature, the Spaniard communist Diego (Montand) finds himself in exile in Paris after the Spanish Civil War. Diego has developed a deep malaise after Franco’s fascists took control of the country. After meeting the young radical Nadine (Bujold), Diego learns of an underground plan to mount an armed attack against the Franco government. Will this new plan shake Diego from his post-war ennui, returning him to previous commitments? Or will the anti-fascist activities of Nadine and her fellow leftists mark yet another political disappointment? Just as Resnais explored the bombing of Hiroshima in Hiroshima mon amour and the use of torture in the Algerian War in Muriel, the legendary New Wave director probes memories of the Spanish Civil War in his trademark experimental editing style. The cast is rounded out by Thulin, a regular performer in the films of Ingmar Bergman, playing Marianne, Diego’s concerned lover. (JB) 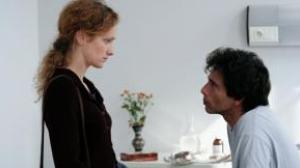 In 1995 Vienna, a young family begins to rupture as the dad sinks into drug addiction. Just as he bottoms out, the film makes a daring 11-year leap forward to deal with the fallout in Paris.  Directed when she was only 25, Mia Hansen-Løve’s astonishingly assured and deeply empathetic debut feature finds many of her key authorial hallmarks already in place, from her singular ability to capture the passage of time to her unerring ear for great music. (MK) 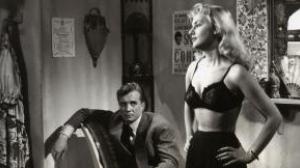 After her parents' sudden death, Thérese (Gréco) decides to leave the convent to run the family business and care for her younger sister, who is involved with local lowlife Max (Lemaire). Before the startling conclusion, there will be attempted suicide, blackmail, a rigged car accident, and a one-sided love affair. The third feature from director Melville (Le Samourai, Army of Shadows) displays “sophisticated observation and flashy repartee involving those two great Noir topics: money and sex… Melville irresistibly pulls you into an enticing if often nasty world in which desire, often forbidden and/or duplicitous, rules his characters’ every feverish action” (David Noh, Film Journal International). 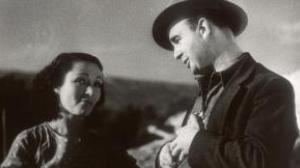 The late 1920s. Leaving his home in fascist Italy to look for work in the south of France, Toni (played by French actor Blavette) falls hard for another immigrant, the Spanish Josefa (played by Mexican actress Montalván). But when Josefa begins to see a brutal foreman and Toni marries his landlady, the stage is set for jealousy and murder. Inspired by the naturalism in the writings of Marcel Pagnol (Toni’s producer) and taking his story from a real-life crime, director Renoir retreated from studio sets to film outdoors on actual locations in Martigues, using direct sound to capture the wind in the leaves, the chirps of the crickets. Renoir’s work on this movie was an inspiration later to the Italian neo-realists, including Roberto Rossellini, Vittorio De Sica, and Luchino Visconti, who, at age 27, was Renoir’s assistant director on Toni. This new 4K digital restoration was taken from Toni’s original camera negative. “One of the key films in Jean Renoir’s work... the film in which he pushed his personal and cinematic quest the farthest” (André Bazin). “Very beautiful, kind of lyrical and very sad; a great Renoir movie” (Wes Anderson). 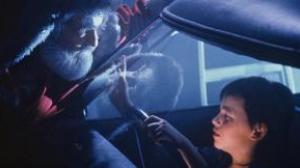 Thomas (Lalanne), a precocious and clever boy who nonetheless believes in Santa Claus, awaits a visit from ol’ Saint Nick on Christmas Eve. Alone in his family mansion, Thomas gets a visit down the chimney from a psychotic and delusional department store Santa on a homicidal rampage. The battle to survive the holy night is on. Rumor has it that this stylish and surprisingly whimsical action thriller was viewed by John Hughes the year before Home Alone was released.