SUMMER AT THE CINEMATHEQUE

THE TAKING OF PELHAM ONE TWO THREE

Summer programming will take place on Wednesday, Thursday, and Friday evenings and all feature films will be screened from original or archival 35mm prints. Seating will be limited and socially distanced according to current UW-Madison policies. When possible, additional showtimes have been added to accommodate more viewers. 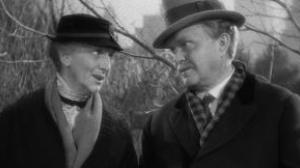 In what Orson Welles described as a movie that “could make a stone cry,” an aging couple (Bondi and Moore) faced with financial problems and potential homelessness turn to their adult children for help. McCarey’s positively heartbreaking drama was cited by Yasujiro Ozu as a primary influence on Tokyo Story. 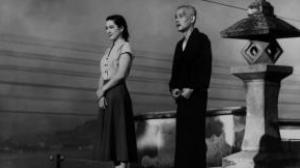 Ozu’s undisputed masterwork is a meditation on the generational gap and the trials of mortality. An elderly couple visit their children in a bustling Tokyo, where they are seen almost as a nuisance and shuffled off to a resort. Modernization is the torrent that tears through Japanese society and Ozu takes a hard look at what it has done to the family unit. Co-presented by UW Madison's Center for East Asian Studies. 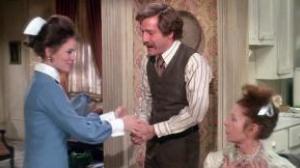 Segal plays a NYC lawyer whose senile, yet domineering mother (a hilarious Gordon) has all but ruined his life. When he falls in love with his mother’s nurse (Trish Van Devere) the time has come to make some life changes. Reiner’s film displays an unfailing commitment to truly tasteless humor, and special mention must be made of the uniformly superb ensemble cast, in particular the late Leibman, who, as Segal’s brother, spends much of the movie in and out of a gorilla suit. (BR) 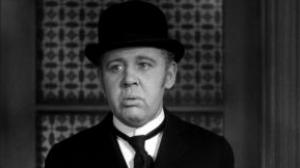 In a distinctly lovable and hilarious comic performance, Laughton plays the title character, a loyal English manservant whose boss (Roland Young) loses the services of Ruggles in a poker game in Paris, 1908. Ruggles’ new employers are a rich American couple who take the valet home to Red Gap, Washington, where the residents mistake him for a British war hero. Hoping to impart lessons on manners and culture, Ruggles himself learns the meaning of equality and how to be your own person. One of the greatest of all American comedies, Ruggles of Red Gap is also director McCarey’s heartfelt love letter to immigrants. “Justly honored...it works like magic” (Pauline Kael). 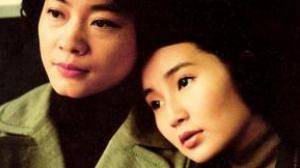 Hui’s greatest and most personal film stars Cheung as a young Chinese woman studying in London in the early 1970s. Returning to Hong Kong for a family wedding, she clashes with her Japanese mother before agreeing to accompany her on her first trip home in decades. Hui’s semi-autobiographical portrait of a mother and daughter movingly captures the shifting cultural identities between generations in the Asian diaspora. (MK) 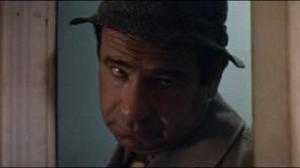 Four men who call each other Mr. Blue, Mr. Green, Mr. Grey and Mr. Brown efficiently hijack a lone, passenger-filled NYC subway car. Their demands: one million dollars in one hour or a passenger is killed for each minute the money is late! It’s up to intrepid transit cop Matthau to foil the criminals’ plans. An influence on countless films from Die Hard to Reservoir Dogs, this contemporary action classic has an unforgettable sense of gallows humor that makes it one of the key films of 1970s New York, aka “Fun City.” 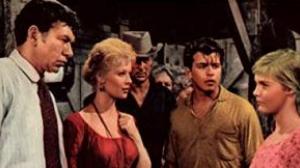 Teen singing sensation Fabian, only sixteen-years-old at the time of production, made his first big-screen appearance in this charming, bucolic period musical set in 1912. The simple story, based on a novel by Fred Gipson (Old Yeller) revolves around two hunting buddies (Fabian and Whitman) and their various romances with country women. “Fabian is surprisingly good; of course, he also sings” (Leonard Maltin). A beautiful 35mm color and CinemaScope print from the 20th Century Fox vaults will be shown. 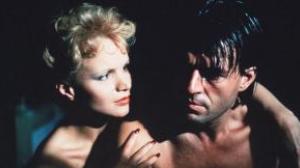 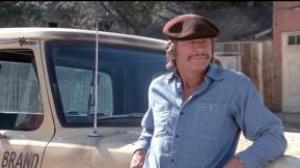 Colorado melon farmer, ex-con, and Vietnam vet Vince Majestyk (Bronson, in a fan favorite role) finds himself in trouble with the corrupt law when defending his farm and his workers from a local mob boss’s goons and a ruthless syndicate hit man (Lettieri, The Godfather’s Solozzo). Not about to take it any more, Mr. M sets out with the help of his girlfriend (Cristal) and his rifle to make things right again. Working from an original script by crime specialist Elmore Leonard, veteran director and action specialist Fleischer keeps things moving along thrillingly with hair-raising chases, brawls, and one memorably pulpy destruction of a watermelon crop. 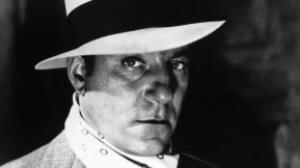 The great Gabin stars as the title character, a gangster hiding out in Algiers’ Casbah in this deliriously romantic and fatalistic classic. Safe from the police, he meets a Parisian tourist and falls in love…but betrayal is at hand. A film that inspired at least two American remakes and one infamous cartoon skunk, Pépé is one of the most influential and popular movies of the 1930s. 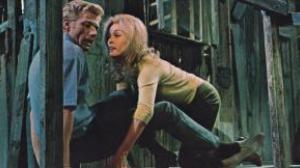 In this swinging 60s caper and counterculture comedy, a group of young hippies and beach bums pull off the kidnapping of Roc Delmonico (Quinn), a wealthy businessman with mob ties. The problem is, none of Roc’s family or associates are interested in putting up the $200,000 ransom demanded by the inexperienced abductors. Taking control of the situation, the outraged Roc ups the ante to $3 million and begins to blackmail everyone, including his mother, into paying the ransom. Beginning lightheartedly, director Silverstein mines laughs from increasingly darker places as the story progresses. The Happening is marked by a terrific theme song performed by Diana Ross and the Supremes, plus a first-rate cast that also includes Milton Berle, Oscar Homolka, Clifton James, Martha Hyer, and, in her movie debut as one of the kidnappers, Faye Dunaway. 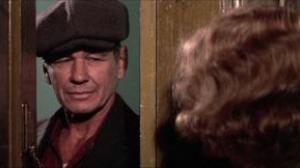 Before he made The Warriors and 48 Hrs., established screenwriter Walter Hill (The Getaway) made his directorial debut with this lean and classy action gem set in Depression-era New Orleans. In a rare appearance without his trademark mustache, Bronson plays a drifter who, with the help of a chatty and crafty promoter (Coburn), learns to survive and make money in the world of illegal bare-knuckle brawling. “Hill's thoughtful handling of the moral issue—survival versus friendship—and his subtle, evocative camerawork make this a hundred times better than it should be” (Dave Kehr, Chicago Reader).

During the German invasion of France in 1940, condemned murderer Clement (Gabin) escapes imprisonment and assumes the identity of Maurice LaFarge, a dead French army sergeant. After France’s defeat, Clement faces pressure to join resistance forces forming in North Africa and soon finds himself reborn as a natural military leader, rising in rank to Lieutenant. But Clement’s situation turns tricky when the fiancee and former comrades of the real LaFarge show up at the Free French Forces headquarters. The second of only two movies Gabin made in Hollywood during his wartime exile from Europe, The Impostor (sometimes known as Strange Confession) reunited the star with his frequent director and fellow expatriate Duvivier seven years after their international smash hit Pépé le Moko. 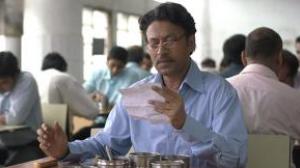 In Mumbai, home to over 18 million people, more than 5,000 famously efficient dabbawallas—lunchbox couriers—navigate chaotic streets to deliver lunches, lovingly prepared by housewives, to working men across the city. Ila (Kaur) is a housewife living in a middle-class neighbourhood with a husband who ignores her. Saajan (Khan) is a beaten down widower about to retire from his number-crunching job. After Ila realizes that Saajan is receiving the meals meant for her husband, the two begin sending each other letters through the lunchbox. Outside the space of their daily lives, both Ila and Saajan feel free to express themselves in new ways, leading them both to question how they might find happiness. An involving variation on the Shop Around the Corner formula, The Lunchbox was an arthouse smash in the U.S. The cast is marvelous, especially the late, great Bollywood star Khan who left us too soon in 2020. “[The Lunchbox’s] style is more Hollywood than Bollywood, and Old Hollywood at that...The comedy is more wry than uproarious, the melodrama gently poignant rather than operatic, and the sentimentality just sweet enough to be satisfying rather than bothersome” (A.O. Scott, The New York Times). 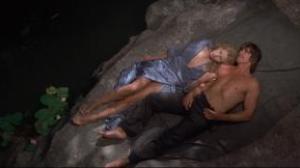 In a welcome and comic change-of-pace, Bronson plays Graham, a not-too-successful bank robber who abandons his outlaw gang to enjoy an afternoon tryst with young widow Amanda (Ireland, the real-life Mrs. Bronson). When she later believes him to be dead, Amanda writes a book fictionalizing their affair that turns Graham into a folk hero! Consistently clever and offbeat—particularly the opening sequence and the story’s third act—From Noon Till Three was the brainchild of award-winning playwright Frank D. Gilroy (The Subject Was Roses), who adapted his own novel. 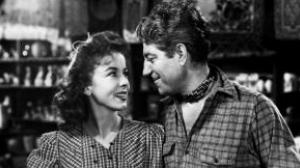 In his first performance in a Hollywood production, acclaimed French actor Gabin plays Bobo, a free-spirited wanderer who docks in a Pacific seaside town. After a night of drunken debauchery, Bobo awakens on a strange barge wearing the cap of a dead man. Afraid he has committed the crime, Bobo prepares to skip town but is delayed when he falls in love with Anna (Lupino), whom he rescues from drowning herself in the surf. Less like typical film noir and more similar to Gabin’s French poetic realism vehicles like Quai des brumes and Remorques, Moontide places emphasis on the flamboyantly romantic over pessimistic fatalism. Several sequences were overseen by legendary director Fritz Lang who, when he didn’t get along with Gabin, was replaced by Mayo. 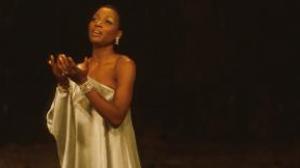 A young French music lover (Andrei) finds himself in the possession of rare tapes by an American opera star (Fernandez) who refuses to be recorded. Then, all hell breaks loose and our hero is soon being pursued by two gruesome thugs on a hair-raising moped and car chase through the Paris Metro. Helped by an eccentric assortment of friends, including a 14-year-old Vietnamese Girl (Thuy An Luu) and a man in a white suit named Gorodish (Bohringer), our hero tries to figure out the reasons behind his predicament. One of the most stylish and influential French movies of the last 40 years, Diva is a true feast for the senses. 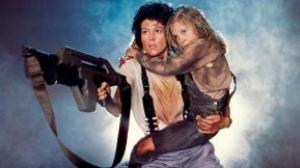 The lone survivor of Alien, Ripley (Weaver, in an Oscar-nominated performance) awakens from deep space slumber only to be plagued by recurring xenomorph nightmares. In an attempt to purge her bad dreams, Ripley tags along with a platoon of gung-ho Marines on a return to the planet where the face-hugging, chest-bursting terrors began. One of the very best blockbuster sequels Hollywood ever produced, Aliens’ success was a triumph for co-writer/director James Cameron. Fresh off The Terminator, Cameron effectively blended his personal brand of relentless action with the scares, building upon the sense of dread established by Ridley Scott in Alien. “Once it gets going, there’s just no letup!” (Leonard Maltin).