THE SHEPHERDESS AND THE SEVEN SONGS

Moving beyond behemoth Bollywood productions, India has recently been the source for a great many smaller scale movies that are receiving acclaim at film festivals and art houses in and outside of South Asia. In September and October, the Cinematheque will offer a showcase featuring three distinct new works of cinema from India: Arun Karthick’s Nasir is a Tamil-language film about an ordinary man whose life is upended through extreme cultural nationalism; Achal Mishra’s The Village House, a selection of the 2021 Wisconsin Film Festival, is a powerful and sublime multi-generational story of how the passage of time changes one family; and Pushpendra Singh’s The Shepherdess and the Seven Songs offers an update of a classic Indian folk tale with a feminist twist. These selections have been curated by Assistant Professor Darshana Sreedhar Mini of UW Madison’s Department of Communication Arts, and the Cinematheque’s Jim Healy. Presented with the support of UW Madison’s Center for South Asia. Special thanks to Sarah Beckham. 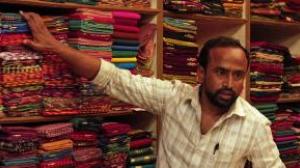 Nasir chronicles a single day in the life of the title character, a Muslim salesman at a Hindu-owned sari shop. A hardworking and agreeable colleague who leads a mundane home life, Nasir’s ordinariness and self-effacing nature makes him endearing to everyone around him. Far from ordinary, Nasir the film offers a compelling and textured story that convincingly depicts a backdrop of extreme cultural nationalism and how Nasir’s life unwittingly gets caught in it. “A quiet plea for tolerance and an assertion of humanistic values in an era where such things can no longer be taken for granted, Nasir is all the more touching for its scrupulous avoidance of sentimentality and manipulation” (The Hollywood Reporter). (DSM) 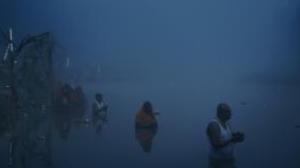 The astonishing debut feature from 23-year-old writer/director Achal Mishra, Gamak Ghar (The Village House) gently and lovingly captures a large extended Indian family over several decades as they gather at the matriarch’s rural home. As the movie follows the inevitable rhythms of change, such as children growing older and moving away to the city, it is the village house itself that emerges as the central character. Mishra keeps the film continually captivating on a visual level through gorgeous fixed-camera long takes and he has split this generational story into three separate chapters that take place years apart, employing a different screen aspect ratio for each segment, techniques that make Gamak Ghar a must to see on the big screen. The narrative mostly avoids moments of tension to favor a flowing series of warm, nostalgic images: food cooking, old men playing (and cheating) at cards, a family gathered around a small television to watch a movie. As time slips away, and the house falls slowly into disrepair, Mishra’s storytelling technique builds to its devastating final moments, resulting in an intimate mini-epic that traces the intertwining of family and nature through the cycle of birth, death, and rebirth. Gamak Ghar provides a resounding emotional experience through quiet observation of the human condition. “Like master filmmakers Edward Yang and Hou Hsiao-hsien, Mishra understands how cinematic aesthetics can beautifully mirror the invisible momentum of time” (Glenn Heath Jr., The Film Stage). 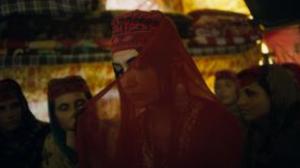 Against the mystical backdrop of Kashmir, the ferociously independent nomadic shepherdess Laila toys with the lust of a young nomadic ranger, and in the process realizes her desires and identity. Divided into seven parts and structured around poetic interludes, The Shepherdess and the Seven Songs takes its inspiration from an Indian folk tale and the works of the 14th Century Kashmiri mystic poet Lalleshwari. Director Pushpendra Singh makes the most out of the repetitive structure of folk tales, rendering this particular story with a feminist twist. “Singh shows a confident hand as he works with the material on multiple levels of narrative and symbolism, keeping it interesting and in focus throughout. His greatest strength, however, is Randhawa’s powerful portrayal of the shepherdess, a role that could launch a career” (The Hollywood Reporter). (DSM)