A versatile and talented film and television director with nearly 40 years of professional experience behind the camera, Ken Kwapis will join us in person for screenings on November 11 and 12. Some of Kwapis’ more recent accomplishments include the feature films He’s Just Not That Into You and A Walk in the Woods, as well as work on TV shows like Santa Clarita Diet, #BlackAF, One Mississippi, and 13 episodes of The Office, including the pilot and series finale. He is also the author of the newly published book But What I Really Want to Do is Direct, which offers invaluable insight into his career and abundant guidance for future directors. Ken Kwapis will join us to present screenings of his 2005 young adult adaptation, The Sisterhood of the Traveling Pants, and George Lucas’ American Graffiti, a personal favorite of Kwapis’ that served as a partial inspiration for Sisterhood. 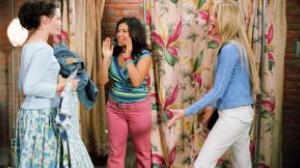 Four teenage girls, best friends with different body types, discover a pair of blue jeans that somehow fits each of them perfectly. Before they set off on separate summer vacations, the pals pledge to stay in touch by shipping the jeans to each other in various international locations. Each of the four young women embarks on a journey of self-discovery, and they learn that the traveling pants may have other mystical qualities. Displaying a deft hand for juggling multiple storylines a la American Graffiti, director Ken Kwapis also reveals a knack for tender, emotional moments. The Sisterhood is “Sweet but not sappy; the four leads give excellent performances in a charming coming-of-age tale” (Leonard Maltin). Ken Kwapis will join us in-person to introduce this adaptation of Ann Brashare’s popular YA novel, and answer questions following the screening. 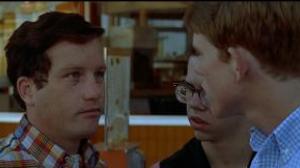 In Lucas’ smash-hit second feature, the post-high-school-graduation hijinks of a group of California youth during one night late in the summer of 1962 are depicted with humor and poignancy. Itself influenced by Fellini’s I Vitelloni, American Graffiti would go on to inspire several decades of teen and young adult comedies. Howard, Dreyfuss, Paul LeMat, Mackenzie Phillips, Charles Martin Smith, Candy Clark, Suzanne Somers, and Harrison Ford comprise only part of the extraordinary cast of stars-on-the-rise. This presentation will be introduced by director and ensemble movie specialist Ken Kwapis (The Sisterhood of the Traveling Pants, He’s Just Not That Into You), who will also discuss this personal favorite after the screening.