SUNDAY CINEMATHEQUE AT THE CHAZEN

THE STORY OF TEMPLE DRAKE

These four Sunday afternoon screenings will be held in the auditorium of the Chazen Museum of Art, 750 University Avenue. 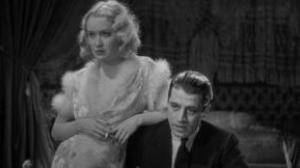 In an electrifying performance, Hopkins is Temple Drake, the well-to-do daughter of a small-town Southern judge. When Temple is kidnapped by a bootlegger, she finds herself immersed in a criminal underworld of vice and degradation. This fast-paced adaptation of William Faulkner’s luridly compelling novel Sanctuary eliminates some of the book’s most shocking details, but still manages to provide several jolts as it was produced shortly before the enforcement of Hollywood’s production code.  Restored by The Museum of Modern Art with support from Turner Classic Movies and the Celeste Bartos Fund for Film Preservation. 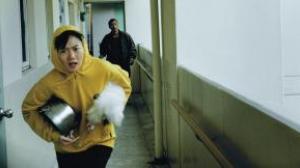 Before he made Snowpiercer and Parasite, director Bong demonstrated his flair for dark comedy and investigating class differences within a specific structural space. His very funny debut feature explores the lives of the residences of a drab housing block, including a university lecturer annoyed by incessantly yapping dogs and an estate clerk who tries to right the wrongs of the neighborhood. 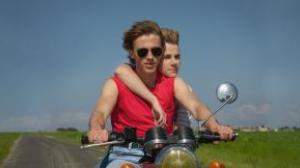 In a sunny vacation town on beaches of Normandy, teens Alexis and David hook up, and make a dark pact. Their star-crossed summer fling is at the throbbing heart of Francois Ozon’s ebuillent nostalgia trip, which glories in vividly rendered 1980s fashion and music. But the new couple's lust curdles into obsession when a rival complicates their budding romance. (MK) 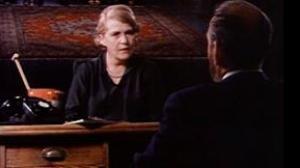 To explore the ramifications of terrorism, renowned NYC-based avant-garde filmmaker Rainer employs an extended therapy session—in which an American woman speaks to a series of psychiatrists—to evoke the daily experiences of power and repression. Program notes from the Museum of Modern Art, who supplied the newly restored 16mm print for this screening, has described Journeys from Berlin as a “caustic, digressive, and at times funny meditation on psychoanalysis, violence, mass ornament, and mass hysteria, a film rich with non-sequiturs that ricochet from Rosalind Russell and Stonehenge to Leon Trotsky and Ulrike Meinhoff.” Preserved by The Museum of Modern Art with support from the Celeste Bartos Fund for Film Preservation.