UCLA FESTIVAL OF PRESERVATION ON TOUR

A BOY AND HIS DOG

One of the world’s leaders in the efforts to preserve our motion picture heritage, the UCLA Film & Television Archive has arranged their biennial tour of restored 35mm prints and DCPs of selected titles from the most recent edition of their annual Festival of Preservation. The selection highlight features and shorts including silent-era rediscoveries, landmark American Independent movies, poverty row gems, remarkable documentaries, and more! The screenings will be presented both at our regular Vilas Hall venue and every Sunday in February at the Chazen Museum of Art. 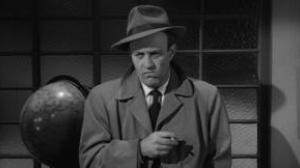 Director Feist delivers a finely paced film noir with all the traditional trappings: An adulterous femme fatale (Wyatt) accidentally kills her estranged husband and sets up a brooding San Francisco cop (Cobb) to take the fall. The traditionally ebullient Wyatt plays against type as the philandering Lois Frazer in a performance bordering on restrained camp. It is, though, the city of San Francisco that takes center stage in this neat little noir potboiler. Six-time Oscar nominated cinematographer Russell Harlan—known for his beautiful epic Western vistas—utilizes dramatic Fort Point at the southern side of the Golden Gate Bridge as the hauntingly eerie location of the film’s exciting climax. Restored by UCLA Film & Television Archive with funding provided by Film Noir Foundation. 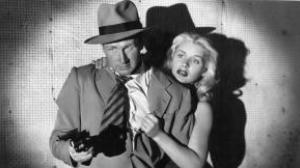 This well-paced noir melodrama from veteran director Fleischer (The Narrow Margin, Violent Saturday) focuses on the Secret Service’s pursuit of counterfeiting mobsters. Trapped is particularly notable for the breakout lead performance of 22-year-old Barbara Payton who was notorious for her brief and tempestuous Hollywood career as well as her tragic and highly publicized death at the age of 39. Cinematographer Guy Roe expertly utilizes light and shadows to highlight the film’s atmospheric and claustrophobic spaces, while visually enhancing the film’s themes of subterfuge and entrapment. The cinematography is particularly effective in the film’s climax that takes place in a Downtown Los Angeles Red Car barn. Restored by UCLA Film & Television Archive with funding provided by Film Noir Foundation. 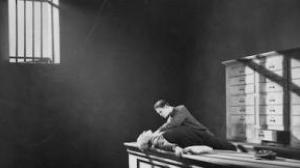 The story of United Artists’ maiden talkie revolves around a hardened criminal who perhaps has gone straight, and a cynical cop who works the margins of the law to prove otherwise. Veteran stage and screen director West’s wedding of stagecraft, film and audio technique made Alibi a breakthrough and awakened an entirely new dimension in storytelling, creating rhythm and suspense. Nominated for three Academy Awards, Alibi has retained a tentative grasp on posterity and has mostly been shown in inferior versions over the 91 years since it’s original release. A 35mm master copy from the BFI has now been complemented by UCLA’s audio discs and digital technology. Alibi is now full length and looking and sounding better than it has since 1929. Restored by UCLA Film & Television Archive with funding provided by the George Lucas Family Foundation and The Film Foundation. 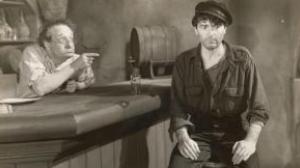 Produced independently in Hollywood by displaced Europeans at the height of WWII, Voice in the Wind follows the fate of a persecuted Czech concert pianist (Lederer) trapped on a fictional Caribbean island. Heavily influenced by German expressionist lighting techniques, Voice in the Wind thematizes the plights of refugees both then and today: the dispossession of homeland, the separation of families, the loss of nationality and identity. A strong sense of melancholy pervades the sets, constructed in the rented Talisman Studios by former UFA set designer Rudi Feld. Made for under $100,000, this B-film belies its low-budget origins, offering strong performances and a narrative, which, through flashbacks within flashbacks, creates a sense of disorientation, much like that felt by its characters. The film was nominated for Academy Awards for Best Music and Sound. Restored by UCLA Film & Television Archive with funding provided by the George Lucas Family Foundation and The Film Foundation. 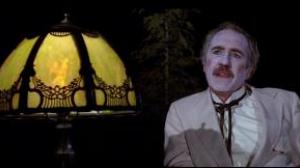 After the devastation of World War V, a sex-starved young man and his telepathic dog meet a girl from the underground. Adapting Harlan Ellison’s 1969 novella, celebrated character actor Jones doubles down on a deeply disturbed vision of “America 2024”. This post-apocalyptic sci-fi cult classic is a sardonic and influential precursor to Mad Max and that film’s many imitators. Restored by UCLA Film & Television Archive with funding provided by the National Film Preservation Foundation. (BR) 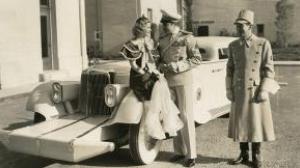 In the mythical kingdom of Ruthania, neglectful King Rupert (Boles) falls for singer Lili Wieler (German export Harvey, in one of her four Hollywood movies). Their comic, romantic  story of mistaken identity leads to the discovery that true love and music triumph over arranged marriages and royal drudgery. Preceded by the sensational Ina Ray Hutton in Swing, Hutton, Swing (1937, 10 min.). Restored by UCLA Film & Television Archive. 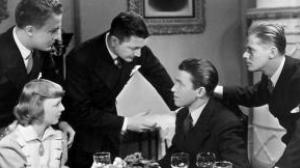 Released the same year as The Shop Around the Corner, this powerful anti-fascist drama reunited Shop’s three principal actors: Stewart, Sullavan, and Morgan. The rare Hollywood film that depicted the rise of Nazism in Germany before America’s involvement in World War II, it is also a tragic love story told with delicate detail by master filmmaker Borzage. Restored by UCLA Film & Television Archive with funding provided by The Juanita Scott Moss Estate. 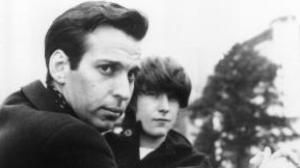 This sensitively-told drama by noted independent filmmaker Munch (The Sleepy Time Gal) imagines a love affair between John Lennon and the band’s influential manager, Brian Epstein, during a vacation the two actually took in Spain just before the Beatles came to America. Restored by UCLA Film & Television Archive with funding provided by Oscilloscope Laboratories and Sundance Institute. 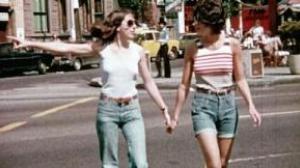 Filmed in one day, June 26, 1977, in multiple locations throughout the country, Gay U.S.A. documents the gay pride parades of the time and also offers an overview of the issues facing the gay community. The footage was lovingly compiled and edited together by Bressan (Buddies), in honor of Robert Hillsborough, a gay man who was stabbed to death in San Francisco on June 22, 1977. Present at the parades were openly gay men, lesbians, gay and straight families, supportive parents and drag queens. There were also dissenters of all kinds, including religious and moral objectors. Gay U.S.A. gives voice to both sides of the issue creating almost a debate-like atmosphere. But, above all, it is a joyous celebration of gay and lesbian culture with a folk soundtrack worthy of the time period. Restored by UCLA Film & Television Archive with funding provided by Frameline, the Andrew J. Kuehn Jr. Foundation, and the Members of Outfest. 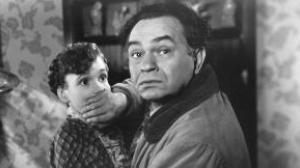 Crippled farmer Peter Morgan (Robinson) and his spinster sister Ellen (Anderson) live in seclusion with their adopted teenage ward Meg (Allene Roberts). When Meg’s classmate Nath (Lon McCallister) comes to work the farm, his schoolboy crush on Meg in tow, Pete begins to unravel. He warns of screams in the night and an evil Something that inhabits the Oxhead Woods, centered around an abandoned red cottage and derelict ice house sequestered deep among the trees. Undisclosed sexual and murderous transgressions of the past break through into the present, shattering the carefully crafted veneer of gentility at the Morgan Farm with shame and tragedy. Audiences inured to The Red House via grisly public domain copies will have the scales removed from their eyes by UCLA’s restoration from the original camera negative. Restored by UCLA Film & Television Archive with funding provided by the George Lucas Family Foundation and The Film Foundation. 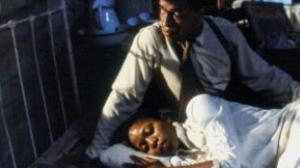 Rich in characters and played against a canvas red with the blood of the Chicago Race Riot of 1919, this critically acclaimed independent film tells a true story of how a group of black and white slaughterhouse workers attempted to break race barriers to build an interracial union for the first time in the brutal Chicago Stockyards. Leake stars as Frank Custer, a young black sharecropper from Mississippi—one of tens of thousands of southern blacks who journeyed to the industrial north during World War One, hoping for more racial equality. When he lands a job as a laborer on “the killing floor” of a giant Chicago meatpacking plant, he finds a place seething with racial antagonism. White immigrant workers are determined to improve their bargaining power by bringing the new black migrants into the union for the first time, but many blacks resist, having had bitter experience with whites. When Frank decides to support the union, his best friends from the South turn against him. Preserved by UCLA Film & Television Archive as part of the Sundance Institute Collection. 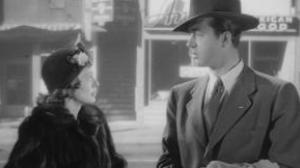 Eddie Rice (Payne), a decorated World War II veteran suffering from amnesia, returns to Los Angeles to find his true identity. Unfortunately, Eddie soon discovers that, as a former gangster, he made many enemies, including his ex-wife Nina (Drew) and mobster Vince (Sonny Tufts). Distinguishing it from other contemporary films whose heroes are returning soldiers with memory loss (The Clay Pigeon, Somewhere in the Night), The Crooked Way is brought to life with some of the most dazzling noir cinematography by Hungarian-born émigré John Alton (T-Men, Border Incident). Combined with Florey's dramatic mise-en-scène and the baroque art direction of Van Nest Polglase (Stranger on the Third Floor, Citizen Kane, All That Money Can Buy), the result is a visually stunning masterpiece. Restored by UCLA Film & Television Archive with funding provided by the George Lucas Family Foundation and The Film Foundation. 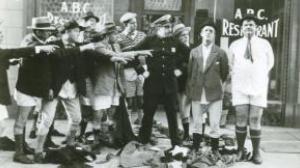 This program highlights the UCLA Film & Television Archives heroic efforts in preserving the Hal Roach Studios films featuring the legendary comic duo of Laurel & Hardy. Three of the four classic shorts included are Perfect Day (1929), Hog Wild (1930), and Brats (1930). The program is made complete with the newest restoration of the silent Battle of the Century (1929), featuring the screen’s ultimate pie fight. Long existing only as a fragment, Battle of the Century has been restored to its original glory thanks to the 2015 discovery of a complete print.   Battle of the Century restored by UCLA Film & Television Archive in conjunction with Jeff Joseph/SabuCat. Perfect Day, Hog Wild, and Brats 35mm restored prints courtesy of UCLA Film & Television Archive with funding provided by the Laurel & Hardy Preservation Fund.