SUNDAY CINEMATHEQUE AT THE CHAZEN: IT'S A UNIVERSAL PICTURE

This lineup of movies released by Universal Pictures from 1928-1936 shows how one of the smallest of the major studios, under the leadership of head honcho Carl Laemmle, Jr., held their own with a variety of fun and fast-paced features that delivered innovation in a number of genres: melodramas, comedies, thrillers, war stories, musicals and horror movies. Our series partly focuses on Universal’s top-flight, best-known directors like William Wyler, John Stahl and James Whale, but you will also have a chance to discover the expressive and riveting work of Edward L. Cahn, Paul Fejos, and others. As a bonus, many of the features will be preceded by animated preludes starring Universal’s top cartoon star of the day, Oswald the Lucky Rabbit. Special Thanks to Dave Kehr, whose series of Universal discoveries curated for New York’s Museum of Modern Art and Bologna’s Il Cinema Ritrovato provided significant inspiration. 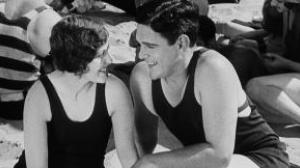 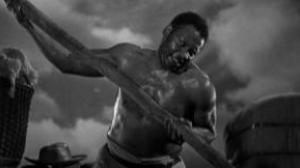 The best film adaptation of the popular Jerome Kern/Oscar Hammerstein musical follows the life of Magnolia Hawks (Dunne), from her father’s showboat on the Mississippi to her own experiences in Chicago.  The score includes "Can’t Help Lovin’ Dat Man Of Mine", and a haunting rendition of "Ol’ Man River" sung by Robeson. Print courtesy UCLA Film & Television Archive. 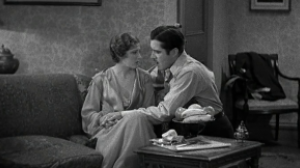 Beautiful and benevolent, Ray (Dunne) falls in love with a wealthy married man (Boles) and agrees to be his “back street” mistress. Thrice has Universal adapted Fannie Hurst’s best-selling novel, but only the first lands with an elemental force, thanks to Stahl’s empathetic and unadorned style, Karl Freund’s masterful command of light and shadow, and Dunne, who plays life-altering yearning with formidable restraint. (ZZ) 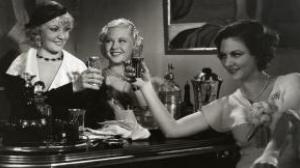 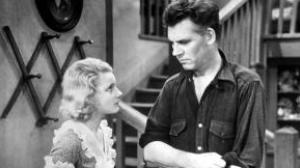 Huston is mesmerizing as a temperamental widower fisherman whose new young bride has fallen in love with his sensitive and dominated son. Perhaps Wyler’s first fully-realized film, this riveting, powerfully acted patriarchal drama features screenplay contributions from Huston’s real-life son, John, who was just beginning his own legendary Hollywood career. 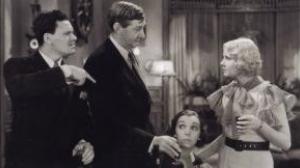 In the best of seven Universal comedies that teamed Pitts and Summerville, the wife of an Albany ferry’s candy concessionaire risks her family savings to buy her husband his own boat. A contract-fulfilling programmer from auteur-on-the-rise Wyler, this is nonetheless a deft little comedy with terrific performances all-around. 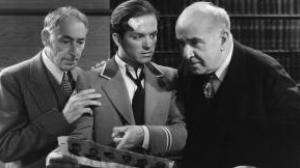 Witness to a gangland rubout, an innocent bellboy is framed for the murder by a corrupt District Attorney. A former Universal editor, director “Cahn’s mastery of tempo and counterpoint is quite evident here though not unexpected; more surprising is his visual flair, which finds him revisiting some of the more abstract moments of German Expressionism with the cameraman Karl Freund” (Dave Kehr). Preceded by an animated FDR in Confidence (1933, 8 min.). 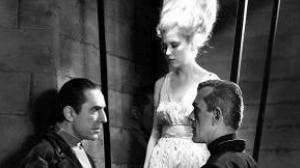 “Supernatural, perhaps...Baloney, perhaps not.” Horror legends Karloff and Lugosi square off for the first time as an evil architect and a bent-on-vengeance psychiatrist in a scenario bearing absolutely no relation to the Edgar Allan Poe story on which it claims to be based. Made in the last days prior to the enforcement of the Motion Picture Production Code, this shadowy yet highly suggestive piece of macabre cinema was a rare big studio effort for director Ulmer. Despite the fact that it concludes with a character being skinned alive, it’s great fun! Preceded by the animated short Wax Works (1934, 10 min.). 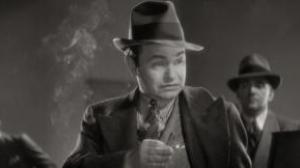 Indulging his appetite for the lowest levels of society, celebrated director Browning (Dracula, Freaks) delivers the snappy underworld story of “Fingers” O’Dell (Moore) and his moll Connie (Nolan). The pair take it on the lam when mob boss Cobra Collins (a pre-Little Caesar Robinson) tries to muscle in on Fingers’ bank robbery plans. 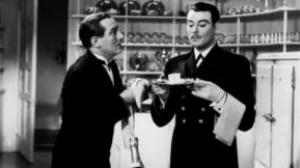 Josef (Lukas), the dedicated butler to a womanizing prince (Asther) falls for the elegant young Marie (Landi), when they meet on a train. Assuming her to be a great lady, the manservant also allows Marie to assume that he is a nobleman of the highest rank, setting the stage for dizzying shifts in identities and social ranks. This sly pre-code comedy with a distinctly European flavor was based on an Austrian play that became a Broadway hit when adapted by P.G. Wodehouse. Preceded by Oswald the Lucky Rabbit in Grandma’s Pet (1932, 7 min.) 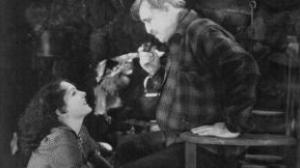 Two old pals find themselves rivals for the affections of the mysterious Manette (Velez) when all three are trapped in a Canadian cabin during a tremendous blizzard. Wyler’s second talkie features dialogue from John Huston, who received his first ever screen credit for this fun adventure-romance. 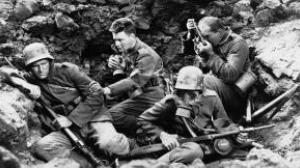 Hailed as the one of the greatest antiwar films of all time, this gripping adaptation of Erich Maria Remarque’s classic WWI novel focuses on the shattering disillusionment of German soldier Paul (Ayres). Universal’s crowning achievement of the early sound era, All Quiet won the Oscar for Best Picture of 1930. 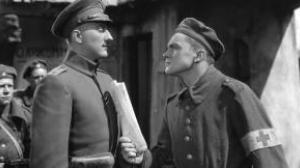 Intended as a sequel to All Quiet on the Western Front, this story of disillusioned German World War I veterans returning to an altered, unsympathetic home front was infamously compromised prior to its release. Completed after Universal removed the Laemmles from power and Nazi ambassador Georg Gyssling threatened boycotts over the film’s “anti-German” content, the release cut downplayed the climactic courtroom drama and instead emphasized the comedic antics of Summerville. This restoration of James Whale’s original, more trenchant cut is an event eight decades in the making, made possible in this 35mm print restored by the Library of Congress in association with UCLA Film & Television Archive, Universal Studios, and The Film Foundation. Restoration funding provided by The Film Foundation and the Library of Congress at the Academy Film Archive. 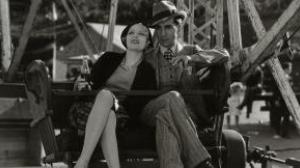 In this sometimes wonderfully sordid melodrama, a carnival hoochie coochie dancer (Nolan) dreams of quitting her job and marrying a naive young man from a wealthy provincial family. Convincingly steeped in its carny milieu, Young Desire’s other prime virtue is the haunting performance by the striking and undervalued Nolan. Preceded by the animated Carnival Capers (1932, 7 min.). 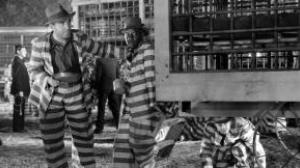 One of the greatest but least-celebrated movies of the early 30s follows railroad engineer Barney (O’Brien) who escapes from a chain gang after being sentenced for murder. Barney wanders onto a bleak, depression-era landscape where redemption possibly lies in his relationship with another lost soul (Stuart). Worthy of comparison to such masterpieces as I Am a Fugitive from a Chain Gang and Heroes for Sale, Universal’s socially relevant drama is “one of the most radical works – politically and stylistically – to emerge from that adventuresome studio” (Dave Kehr). 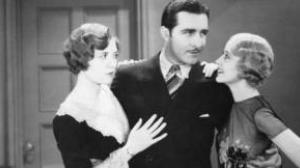 One of the greatest of all early talkie melodramas, Seed is the story of a discontented writer who abandons his wife and children for an old flame who is now a successful publisher. Director Stahl, after establishing himself with a series of successful silent films that examined marriage and relationships, takes an approach that is “self-effacing to the point of invisibility, and the film is all the more piercing for its simplicity, restraint, and bracing dryness” (Imogen Sara Smith). Print courtesy UCLA Film & Television Archive.