AT THE CHAZEN: AFRICAN-AMERICAN PIONEERS

In celebration of Black History Month and in conjunction with the Chazen’s exhibition Southern Rites (January 25-May 12), the Cinematheque will co-present two landmark films in February by significant directors. Legendary independent auteur Oscar Micheaux’s Within Our Gates (1920) is the oldest existing feature-length movie by an African-American filmmaker, and Gordon Parks The Learning Tree (1969) is the first film directed by an African-American for a major Hollywood studio. 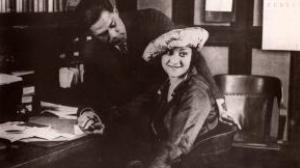 The earliest existing example of a feature film directed by an African-American, Within Our Gates was actually the second feature from pioneering independent filmmaker Micheaux. The compelling story of an idealistic young woman’s attempts to raise money for an elementary school in the black community is particularly distinguished by Micheaux’s radical use of flashbacks. 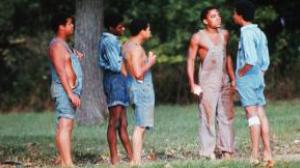 A visiting independent scholar, Steve Ryfle will provide context by highlighting some archival materials showing just how difficult it was for the Hollywood studios to address racial politics through film and to hire African-American filmmakers, writers, and casts. Ryfle will also discuss how certain people within the industry worked actively to reverse decades of institutional racism. Steve Ryfle’s reporting and criticism have been published in the Los Angeles Times, San Francisco Chronicle, Chicago Tribune, and other publications. This special lecture is co-presented by Friends of the UW Madison Libraries and will be followed by Q&A with Steve Ryfle and 7 p.m. screening of Gordon Parks' The Learning Tree. 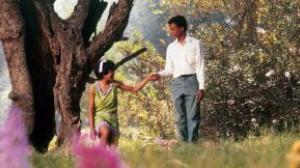 Famed photographer Parks became the first African-American to direct a feature film for a major Hollywood studio (Warner Bros) with this adaptation of Parks’ own semi-autobiographical novel. The film depicts the coming-of-age of teenaged Newt Winger (Johnson) in rural Kansas of the 1920s.