Emmy Award-winner and three-time Academy Award-nominee Julia Reichert has produced one of the most distinguished bodies of work in American independent documentaries.  To celebrate the Ohio-based filmmaker, the Cinematheque is proud to participate as a venue for this touring retrospective, organized by the Wexner Center in Columbus, that spans Reichert’s career from the landmark feminist conscious-raiser Growing Up Female (1971) to her most recent films including 9to5: The Story of a Movement (2019). Julia Reichert will appear in person on Saturday, November 16 to present her Oscar-nominated feature, Seeing Red: Stories of American Communists. Organized by the Wexner Center for the Arts with The Museum of Modern Art, New York, and curated by Wexner Center Director of Film/Video David Filipi. Special thanks to the  Chicken & Egg Pictures for its support of this retrospective. 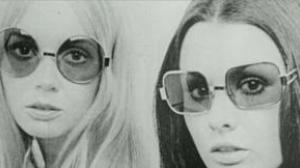 Controversial and exhilarating upon its original release, Growing Up Female is the very first feature length film of the modern women's movement. Reichert and Klein’s documentary offers a personal look into the lives of six women, ages 4 to 35, and the forces that shape them – teachers, counselors, advertisements, music, and the institution of marriage. It was widely used by consciousness-raising groups to generate interest and help explain feminism to a skeptical society. This screening offers us a chance to see how much has changed as well as how much remains the same. This landmark movie was selected to the Library of Congress’ National Film Registry in 2011. 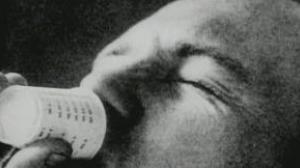 Reichert and Klein’s sobering testament about what can happen to those unable to buy into the American Dream shows how the rise in heroin addiction was typically addressed in the early 1970s. Set in Dayton, OH, Methadone captures how social services, designed to help, often neutralized those they intend to serve by treating drug addiction as mental illness or personal weakness. 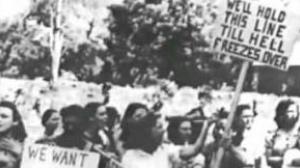 Union Maids opens up one of the great untold stories in our history - the fight to form industrial unions in the first half of the 20th century. The film follows three remarkable women - Stella, Sylvia, and Kate - as they leave their small farms for the bright lights of Chicago and the promise of greater job opportunities. Filled with humorous storytelling, the women recount their experiences of working fourteen hours a day in factories where management had all the power and workers had none – especially women and minorities. A compelling history of the era unfolds as they recall their first union meetings, the days of sit-down strikes, organizing the Congress of Industrial Organizations in the stockyards, and facing police shotguns to fight the evictions of unemployed workers. Nominated for an Academy Award for Best Documentary Feature. 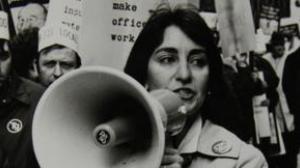 Most have heard the great Dolly Parton song “Nine to Five,” or seen the eponymous 1980s blockbuster starring Parton, Lily Tomlin, and Jane Fonda. Yet few realize that these two icons of popular culture actually grew out of a social movement that spanned over 25 years, which sought to have a profound impact on work for women and the labor movement itself. In the early 1970s, a group of women office workers in Boston decided that they had suffered in silence long enough and created an organization to force changes in their workplaces. Largely forgotten today, the movement was a unique convergence of those fighting for both women’s and labor rights. The latest documentary from the makers of American Factory covers still-relevant issues such as sexual harassment, equal pay for equal work, the Family and Medical Leave Act, and the glass ceiling, which were, in many cases, first brought to the national stage by those behind the 9 to 5 movement. 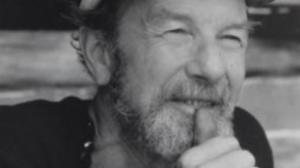 Seeing Red tells the forgotten history and adventures of ordinary Americans who joined the Communist Party and the high price many of them paid during the Red Scare in the 1950s. Compiled from more than 400 interviews with former and current Party members (including Pete Seeger), Reichert and Klein deliver an engaging, funny, and human portrait of 50 years of Red activism, from the Party’s salad days in the 1930s and 40s, through the witch hunts of the 1950s, to its utter collapse following the revelations of Joseph Stalin’s crimes and his denunciation by Nikita Krushchev in 1956. Co-director Julia Reichert will take part in a discussion after Seeing Red, which earned her one of three Academy Award nominations. 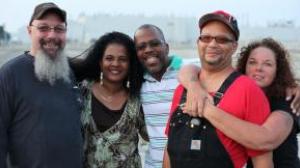 This program contains three diverse and compelling short documentaries by Reichert and Bognar, two of the most accomplished artists in the medium. The Oscar-nominated The Last Truck (2009, 40 min.) depicts the 2008 closing of a General Motors assembly plant in Moraine, Ohio shut its doors. As a result, 2,000 workers and 200 management staff were left without jobs. The closing also triggered the loss of thousands of related jobs and businesses. But the GM workers lost much more than jobs, including the pride they shared in their work and the camaraderie they built through the years. To the natives of the greater Dayton area, General Motors wasn't just a car company - it was the lifeblood of the community. Sparkle (2012, 18 min.) is a loving portriat of Sheri “Sparkle” Williams, a star dancer with the legendary Dayton Contemporary Dance Company for nearly 40 years – a record unheard-of in the professional dance community – and she is one of the few dancers outside of New York City to have been honored with the prestigious Bessie Award for Individual Performance. When this powerhouse dancer suffers her first serious injury, she faces the question – does she have the will to return to the stage, as her 50th birthday approaches? Followed by Making Morning Star (2016, 37 min.), a behind-the-scenes look at the joys and challenges of developing a new American opera. Featuring interviews with composer Ricky Ian Gordon, librettist William M. Hoffman, and director Ron Daniels, the film captures the delicate collaborative balance of personalities during an intense collaboration unfolding in a workshop hosted by the Cincinnati Opera and the University of Cincinnati’s Conservatory of Music. Will the opera be ready on time?