On March 20, 2019, 20th Century Fox ceased to exist when the Walt Disney Co. completed its acquisition of what was once one of Hollywood’s six major studios. Although their catalogue stretches back more than 100 years, 20th Century Fox was officially formed in 1935 with the merging of two smaller studios, Fox Film Corporation and 20th Century Pictures. To commemorate this significant moment in cinema history, we have invited back Schawn Belston, Executive Vice President of Media and Library Services at Twentieth Century Fox, to present a special clip-filled history of the studio on November 8. Plus, screenings from the archive including a classic 40s melodrama (Leave Her to Heaven) and a double feature of pre-code gems from Fox Film Corporation (Quick Millions and Blood Money). 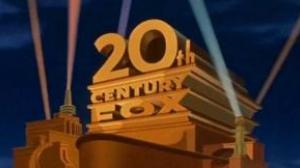 For more than a century, Fox movies have entertained audiences around the world. Studio founder William Fox liked to brag that there was no second of any day that his name wasn’t on a screen somewhere in the world, and that remains true today. Twentieth Century Fox was formed in 1935 when the Fox Film Corporation merged with 20th Century Pictures. Legendary mogul Darryl F. Zanuck ran the studio until 1956 when he left to be an independent producer, only to be lured back in 1962 to run the studio a second time with his son Richard. From the moguls to movie stars, like Shirley Temple and Marilyn Monroe, the studio’s history is rich with larger than life characters on both sides of the camera. Through the lens of the Studio’s film preservation department, 20th Century Fox Archivist Schawn Belston will give an insider’s look at the studio’s history, illustrated with some of his favorite clips of classic moments. Join us as we trace the studio’s many milestones, from F.W. Murnau’s Sunrise (1927) to James Cameron’s Titanic (1997), in an appreciation of one of the original “Big Six” Hollywood Studios. 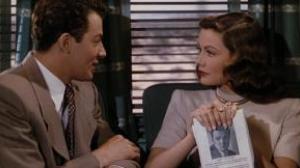 Rich girl Ellen (an icily memorable Tierney) will stop at nothing - and we mean nothing - to corner the affections of her husband (Wilde). Filmed in gorgeous, saturated Technicolor, this fascinating combination of femme fatale noir and family melodrama is one of the key films of the 1940s for 20th Century Fox and for director Stahl. The screening of a beautiful 35mm print will be introduced by Fox Film Archivist Schawn Belston. 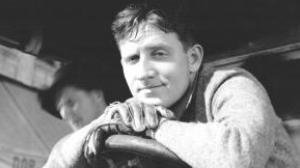 Director Brown, rumored to have gangland connections of his own, depicts the punchy, compelling rise of Danny Raymond (Tracy) from truck driver to mob boss. Utilizing a strikingly modern, non-judgemental style, Brown’s feature debut was a box-office failure in its day, but is now being re-discovered as one of the very best Fox films of the pre-code era. “Stripped of psychology or sociological motivation, Brown’s gangsters become objects in motion, beyond morals or meanings” (Dave Kehr, Il Cinema Ritrovato 2019). 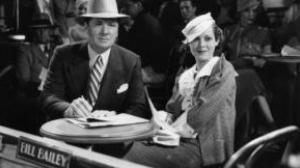 Shady bailbondsman Bill Bailey (Bancroft) falls hard for young thrill-seeker Elaine (Dee), much to the chagrin of Bill’s old flame, nightclub owner Ruby Darling (Anderson). When Ruby thinks Bill has double-crossed her bank-robbing brother, she asks her mob contacts to break him. In one of the definitive pre-code era movies, nearly every line of writer/director Brown’s wonderful dialogue has a double meaning! Funny and briskly paced, Blood Money would prove to be Brown’s third and final feature as director. 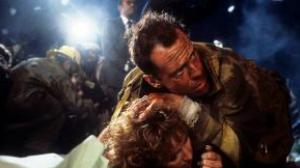