The celebrated American writer Donald E. Westlake (1933-2008) was a prolific author of precision-crafted crime novels, short stories and screenplays. Known for his wicked sense of humor and often loveable criminal heroes, Westlake had his works adapted many times for the big and small screen both in Hollywood and Europe. Over six Wednesdays this summer, we’ll present an exciting variety of movies derived from Westlake’s published works, plus films with original screenplays by Westlake himself. Note: While the series includes Jean-Luc Godard’s Made in U.S.A. and The Outfit, two excellent and very different adaptations of Westlake’s “Parker” novels (written under the pseudonym Richard Stark), John Boorman’s superb Point Blank (1967) was not immediately available for our calendar. A 35mm print of Point Blank will screen in our fall series on September 9, 2017. 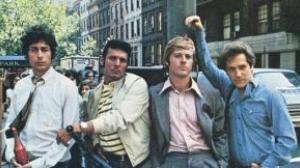 The only occasionally inept criminal mastermind John Dortmunder (Redford) recruits his pals Kelp (Segal), Murch (Ron Leibman) and Greenberg (Paul Sand) for the heist of one of the world’s largest diamonds. Things become complicated when Greenberg’s father (Mostel) learns of the gang’s plans. The first of author Donald Westake’s 14 hilarious Dortmunder novels, The Hot Rock was also the first to be adapted for the big screen (here by acclaimed writer William Goldman). This unheralded 70s gem features great NYC locations, deft direction by British journeyman Yates (Bullitt, The Friends of Eddie Coyle) and an authentic jazz score by Quincy Jones. 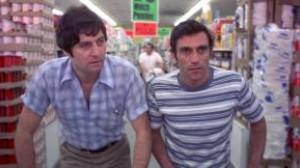 1970s-vintage sweat and grime are seemingly baked into the celluloid in this NYC crime caper from director Avakian. Donald Westlake’s original screenplay (later turned into a novel) tells the tale of two crooked cops trying to outwit wall street and the mob with one big score. Filled to the brim with New York-based character actors and vivid location shooting, Cops and Robbers careens wildly in tone from gritty cop drama to seething satire and madcap comedy, all coming together to form a jagged but vital gem. (BR) 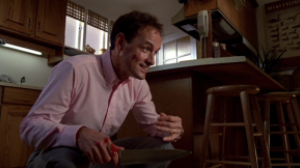 In a tour-de-force, O’Quinn (Lost’s John Locke) appears to be a man looking to be the patriarch of a “perfect” American family, but he is really a psycho whose impossibly high standards always lead to violence and murder. Inspired by the real-life crimes of John List, Donald Westlake’s original screenplay is peppered with the author’s signature satire, a quality that helped to make The Stepfather one of the most memorable of all 80s thrillers. 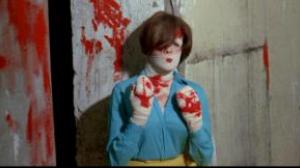 Godard’s final film with then-wife and muse Anna Karina is a very loose adaptation of an American crime novel by Donald Westlake (writing as Richard Stark). Karina arrives in Atlantic City searching for her boyfriend, only to find herself shadowed by Léaud…and then bodies start mysteriously dropping. “There are reasons for non-Godardians to make the pilgrimage…There is, for one thing, a pouting and lovely Marianne Faithfull singing an acapella version of “As Tears Go By.” There are skinny young men smoking and arguing. There are the bright pop colors of modernity juxtaposed with the handsome, weathered ordinariness of Old France, all of it beautifully photographed by Raoul Coutard.” (A.O. Scott, The New York Times) 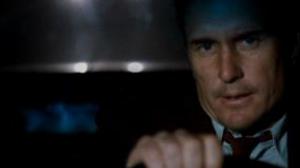 When career criminal Earl (Duvall) is released from prison, he learns he is a target of a syndicate who own the bank that Earl robbed.  Teaming up with old pals Cody (Baker) and Bett (Black), Earl tries to beat the mob at their own game. The cast of this stripped-down crime story is positively teeming with film noir icons: Timothy Carey, Marie Windsor, Jane Greer, Elisha Cook, Richard Jaeckel, and, in one of his final movies, the great Robert Ryan. An adaptation of one of several “Parker” novels by Donald E. Westlake (writing as Richard Stark), The Outfit is a spiritual sequel of sorts to John Boorman’s Point Blank (1967). 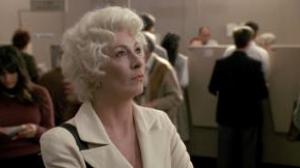 Small-time conman Roy (Cusack), is reluctantly drawn into bigger crimes by his long-estranged mother, Lily (Huston), and his cunning girlfriend, Myra (Bening). Tough-as-nails and splendidly acted (Huston & Bening both received Oscar nominations), The Grifters was produced by Martin Scorsese, who also provides some voice-over narration. Prolific novelist and crime specialist Donald E. Westlake wrote the screenplay, an adaptation of a book by one of his most celebrated peers, Jim Thompson (The Getaway, The Killer Inside Me).