In our first series tribute to the magnificent archival library and preservation efforts of the Department of Film at New York’s Museum of Modern Art, we proudly present seven hard-to-see cinematic gems from Fox Films. These lovely entertainments, produced in the first years of the talkies before Fox merged with 20th Century Films, include pre-code comedies and thrillers, a musical, and a Western. Our lineup includes work by pantheon auteurs like John Ford and Raoul Walsh, but also directors who deserve to be better known like William K. Howard and William Dieterle. The series begins with an in-person appearance by the noted film critic Dave Kehr, who now serves as Adjunct Curator in MoMA’s Department of Film. All 35mm prints for this series courtesy of the Museum of Modern Art. 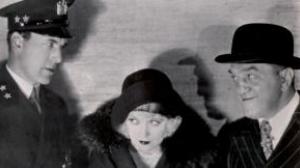 In prohibition-era New York, an Irish beat cop pursues a fugitive to Germany, where he gets promptly sidetracked by the lure of beer gardens and frauleins.  Produced at the tail end of the silent era, legendary auteur Ford’s lively comedy features a synchronized score and sound effects. (MK). The program will be introduced by Dave Kehr, celebrated film critic and Adjunct Curator in the Museum of Modern Art’s Department of Film. 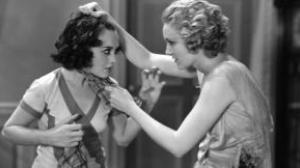 A Park Avenue novelist (Dinehart) fishes a street urchin (O’Neil) out of a Lower East Side night court to serve as a model for a character in his new book. The resurrection of this small but engaging social comedy, restored by The Museum of Modern Art from the sole surviving original element—a badly damaged nitrate print—means that all of Ford’s extant sound films have been returned to circulation. Among the film's memorable moments is an evidently authentic pitched battle between the tiny O’Neil and the patrician Virginia Cherrill (the blind flower girl of Chaplin’s City Lights) that could be the kinkiest passage in Ford’s oeuvre. (DK) 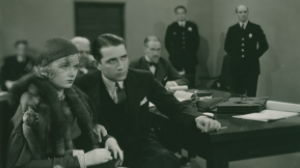 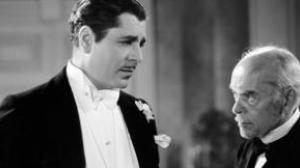 This unique, early combo of fantasy and melodrama features Baxter as a diplomat who is murdered and then brought back to life for six hours. Don’t miss your chance to check out this hard-to-see gem, directed with style and precision by Dieterle, on the big screen. (BR) 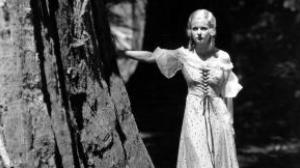 Bennett is a wonderful bundle of energy as Salomy Jane, the tomboy heroine torn between handsome stranger Farrell and morally ambiguous gambler Bellamy. Walsh’s unusual comedic Western makes the most of the lush and fertile Sequoia National Park locations. 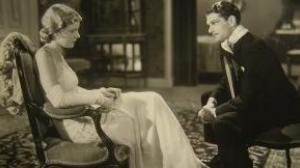 A Jewish woman (Landi) is forced to accept a passport identifying her as a prostitute, in order to travel within pre-revolutionary Russia. The fourth film version (and first talkie version) of British dramatist Michael Morton’s play also features great cinematography by James Wong Howe and a supporting cast that includes Barrymore as a corrupt Czarist official, Olivier making his American movie debut as Landi’s love interest, and Boris Karloff as an orderly. 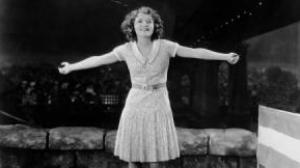 Molly (Gaynor), a tenement girl from the Lower East Side of Manhattan, falls hard for blueblood Jack (Farrell). This delightful and dynamic musical romance from the earliest days of the talkies reunites the two stars of Borzage’s marvelous 7th Heaven. The great song score from DeSylva, Henderson and Brown features the title track and the risque “Turn Up the Heat” number.