The Treasure of the Sierra Madre

This series of four great features from the 1940s is presented in support of the release of a new book by David Bordwell, Jacques Ledoux Professor of Film at UW Madison. The Rhapsodes: How 1940s Critics Changed American Film Culture examines the writings of four influential movie critics: James Agee, Parker Tyler, Otis Ferguson, and Manny Farber. Through lively prose, these writers scrutinized what was on the screen with an intensity not previously seen in popular reviewing. Original reviews by the four critics will be distributed before each screening. Professor Bordwell will also be on hand to introduce each screening and he will deliver a special presentation on his book before the July 7 screening of The Treasure of the Sierra Madre. 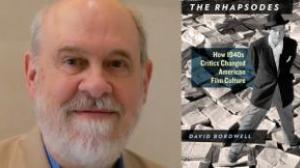 See The Treasure of the Sierra Madre listing below for more information. 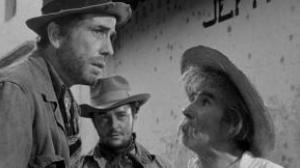 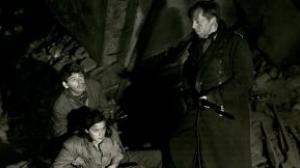 For his first film after the rousing Bogart vehicle Sahara, European émigré Korda chose another suspenseful story of war, this one set on the Russian front. After a battle, a Red Army soldier (Muni) and a young Russian woman (Chapman) find themselves trapped in the basement of a bombed-out factory with several German officers. Without knowing which side will show up to rescue them, the opposing sides play a series of mind games with each other to extract information while fighting off the pressing need to sleep. Featuring a script by Hollywood Ten writer John Howard Lawson and evocative cinematography from James Wong Howe, Counter-Attack is a real wartime gem awaiting rediscovery. Don’t miss it! 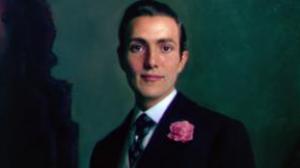 Oscar Wilde’s classic tale of the macabre is brought faithfully to the screen by screenwriter/director Lewin. Dorian Gray (Hatfield) keeps a portrait of himself which ages and records his moral corruption while he retains his youthful appearance. This lush MGM production features juicy supporting turns from Sanders, Lansbury, and Donna Reed. 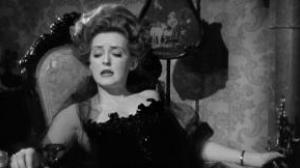 Wyler’s celebrated adaptation of Lillian Hellman’s play depicts an American family in the South, circa 1900, who are plagued by deceit, greed, and selfishness. As Regina Giddens, the most awful of matriarchs, Davis gives one of her signature performances. In her first movie, Wright shines as Regina’s daughter, Alexandra, who tries to distance herself from the evil in her household. The marvelous deep-focus cinematography of Gregg Toland, who also lensed Citizen Kane the same year, is a major reason to see this gem in its original 35mm format.