Premiere Showcase is the Cinematheque’s effort to bring the boldest and most exciting new cinema back to the big screen. Crafted with the same curat­orial acuity we bring to our repertory series, Premiere Showcase presents exciting new work by contem­porary directors that would otherwise have no theatrical venue in the area. In addition to the Mexican films premiering in our LACIS presents series, early 2016 selections include Hitchcock/Truffaut, a look at the partnership between two great film directors that resulted in a great film book; a marathon screening of Portuguese director Miguel Gomes’ magnificent three-part Arabian Nights; and the final film from the late great Belgian experimental filmmaker Chantal Akerman, No Home Movie, screened with a new documentary, I Don’t Belong Anywhere: The Cinema of Chantal Akerman. Plus: The Dying of the Light, a new documentary about the glory days of 35mm film projection, which will be presented in person by director Peter Flynn and followed by a panel discussion. 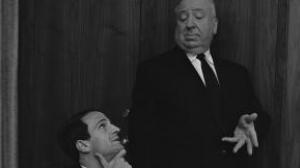 Over several days in 1962 François Truffaut interviewed one of his idols, fellow film director Alfred Hitchcock. The transcribed sessions eventually led to the 1967 publication of Hitchcock/Truffaut, one of the most cherished of books for cinephiles. This entertaining new documentary examines the influence of both the book and Hitchcock’s movies through commentary and analysis from some of the world’s leading contemporary directors, including Martin Scorsese, Wes Anderson, Olivier Assayas, Kiyoshi Kurosawa, and David Fincher. 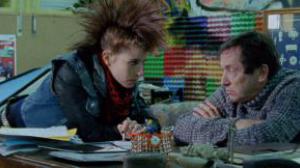 Undoubtedly one of the major cinematic events of the year, this sprawling, three-part fantasia melds fact and fiction to imbue Portugal’s economic crisis with the timeless depth and majestic resonance of a folk tale.  To arrive at this expansive, omnivorous portrait of a country in crisis, Gomes (Tabu) and a team of journalists spent a year interviewing people throughout Portugal, collecting personal stories of the economic collapse. Gomes and his cowriters transmogrified these hard-luck realities into a bounty of far-out fables and myths, which are sublimely narrated by the princess Scheherazade.  Ever on the move, Arabian Nights can modulate from baroque magical realism to detail-oriented documentary in the span of an edit, as it wends across the country and in and out of varieties of invention.  This witty, generous, awe-inspiring achievement calls to mind the enveloping pleasure of paging between an interrelated novel, newspaper, and short story collection at once.  Best experienced in order and as a whole, the complete film was named one of the year’s top ten films by Sight & Sound and Cahiers du Cinema. (MK)

1 p.m. VOLUME 1: THE RESTLESS ONE (O INQUIETO) 125 min.
In over his head on his latest project, a cowardly filmmaker (Gomes) abandons his crew, and the film is taken over by Scheherazade, who spins a series of sumptuous legends inspired by the painful realities that scared off the director.  Whales explode, roosters speak, and politicians make decisions based on their sex drive.

3:30 p.m. VOLUME 2: THE DESOLATE ONE (O DESOLADO) 131 min.
Scheherazade’s tales continue with a fugitive murderer, a mock trial, and a Maltese poodle shuffling between residents in a Lisbon apartment block.  The Desolate One is Portugal’s Academy Award submission for the Best Foreign Film.

7 p.m. VOLUME 3: THE ENCHANTED ONE (O ENCANTADO) 125 min.
As Scheherazade’s inspiration at last begins to ebb, the film mutates yet again to describe her own story, an anachronistic romance set in Baghdad but shot in Marseille.  Reinvigorated, her final tale tilts towards documentary in its gentle account of a birdsong competition. The finale of Arabian Nights explores and exemplifies the central role of storytelling in our understanding of the world. 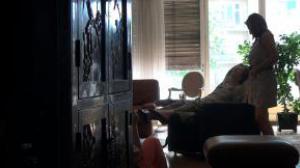 This final testament from art cinema icon Chantal Akerman was completed shortly before her death in October 2015.  A devastating documentary portrait of her Auschwitz survivor mother’s final months, No Home Movie ruminates on the meaning and limitations of intimacy and memory. This rawly personal, emotionally shattering work strongly recalls Akerman’s 1970s masterworks Jeanne Dielman in its domestic tableaux, and News From Home in its focus on her relationship with her mother. 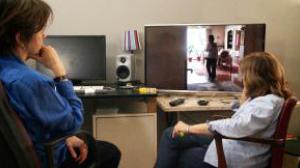 The deeply personal body of work of the acclaimed experimental filmmaker Chantal Akerman (1950-2015) is explored in this excellent new documentary through extensive interviews with Akerman. Her commentary is illustrated by clips from her movies, including Jeanne Dielman, Les Rendezvous de Anna, News from Home, and her final feature, No Home Movie. 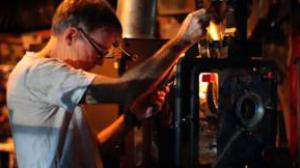 A must for cinephiles, this moving and informative documentary celebrates the art of celluloid film projection. Through interviews with veteran projectionists and new footage that explores the booths of some of the nation’s still extant movie palaces and drive-ins, Dying of the Light tells the story of how movies are brought to life before an audience. The thorough research of director Flynn brings us up-to-date with the recent transition from film to digital for most commercial theaters and the efforts of a noble few (like Quentin Tarantino with The Hateful Eight) to keep analog exhibition alive. Peter Flynn will join us in-person for a post-film chat with Professor David Bordwell, author of Pandora’s Digital Box: Films, Files, and the Future of Movies, and UW Cinematheque Director of Programming Jim Healy. Presented in support of Forward Theater Company’s production of The Flick, in performance January 28-February 14 at the Overture Center.