THE NIGHT OF THE HUNTER

Four complete retrospectives in one, this series focuses on directors with only a single feature film to their name.  Ranging from all-time masterworks like The Night of the Hunter to fascinating curios by moonlighting geniuses like Marlon Brando (One-Eyed Jacks), these literally singular visions are like nothing else in cinema.  The ultimate celebration of quality over quantity, the unique creativity found in these one-offs will have you wondering whether more budding auteurs should consider quitting while they’re ahead. (MK) Don't miss these "One and Done" selections in the 2016 Wisconsin Film Festival: Tom Schiller's Nothing Lasts Forever and David Byrne's True Stories! 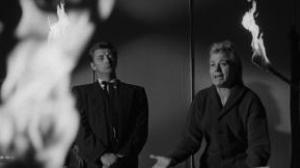 Tattooed with LOVE and HATE across his knuckles, Mitchum is the epitome of evil as “Preacher” Harry Powell, a murderous man-of-the-cloth in pursuit of two children and a cache of stolen money. One of the greatest films of the 1950s, this is also the most expressive and idiosyncratic studio film of its era. 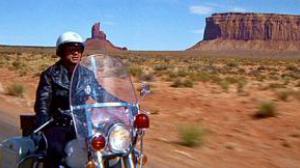 Short on height but long on ambition, Johnny Wintergreen (Blake) is an Arizona motorcycle cop who yearns for a transfer to homicide.  He gets his chance after stumbling into a crime scene, only to find that detective work is just as corrupt and compromised as busting hippies on the highway.  A cult classic, the sole feature of music producer Guerico emphasizes tensions between the cops and the counterculture, and features spectacular cinematography by Conrad Hall. (MK) 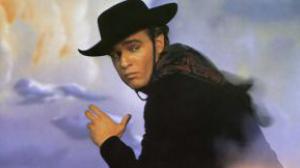 Brando’s lone film behind the camera is an ambitious, psychological western about a betrayed outlaw plotting revenge on his former partner (Malden).  Brando only took the reins after cycling through some major up-and-coming talent, throwing out a draft by Sam Peckinpah in pre-production and canning original director Stanley Kubrick just as shooting began.  The Heaven’s Gate of its day, Brando’s original cut came in at nearly five hours and massively over budget. But even with its running time halved by the studio, Brando’s expansive VistaVision shines through; among the film’s many admirers are Quentin Tarantino, David Lynch, and Martin Scorsese, who hailed it as “one of the best westerns ever made” in Film Comment. (MK) 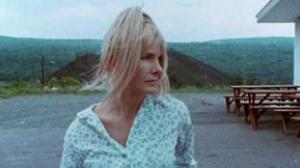 Writer/director Loden (second wife of Elia Kazan) stars as an unhappy housewife who walks away from her husband, house and kids, only to fall in with Mr. Dennis, a violent crook.  Like an anti-Bonnie and Clyde, the pair embark on a fitful, meager crime spree across Pennsylvania coal country.  Loden’s feminist proto-indie was positively revolutionary upon its release, and continues to serve as a lodestar for independent filmmakers. (MK)