WIM WENDERS: PORTRAITS ALONG THE ROAD

Along with Rainer Werner Fassbinder and Werner Herzog, Wim Wenders completes the triumvirate of internationally acclaimed filmmakers that emerged in the New German Cinema movement of the 1970s. The titles selected for this retrospective series represent the Wenders’ very best movies from the 70s and 80s. Many of the philosophical and meditative selections reveal Wenders’ particular talent in finding new kinds of “road movies” that feature his protagonists traveling through multiple cities and sometimes across continents. 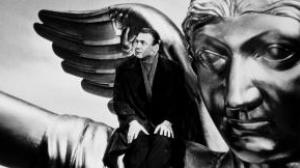 Wenders' enchanting and visually poetic story of an angel tempted down to earth celebrates the small pleasures of life. Damiel (Ganz) is privy to the thoughts, fears, and joys of Berlin’s inhabitants but is helpless to act. When Damiel falls for a beautiful trapeze artist, former angel Falk coaches him through the art of human romance. 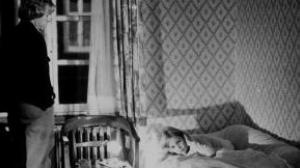 Using Robby Müller’s beautiful black and white 16mm cinematography, Wenders tells the serio-comic tale of a blonde-haired not-quite father and daughter duo forced to make the best of it while stuck together in NYC, Amsterdam, and Germany. It’s fun to view Alice as an answer to Bogdanovich’s Paper Moon, although as Michael Almereyda points out in his Criterion Collection essay, “The narrative in (this movie) seems to follow a map rather than a plot”. The first film in what would later be known as the “road” trilogy, the understated and sweet-natured Alice introduces us to Wenders’ laconic stand-in, Vogler, and a pitch perfect performance from the young Rottländer. It also has an appearance by Chuck Berry! (BR) 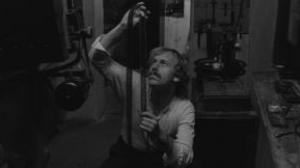 A traveling film projector repairman (Vogler) meets up with a suicidal pediatrician (Zischler) and together they travel the German countryside, bonding over their shared ennui while stopping along the way at every local movie theater on the repairman’s route. Touching on themes of national identity, post-war uncertainty, and loneliness, Kings is primarily a love letter to cinema and cinematic exhibition. That love is expressed with a seemingly endless cavalcade of strikingly beautiful black and white tableaus courtesy of Wenders’ longtime partner, cinematographer Robby Müller. (BR) 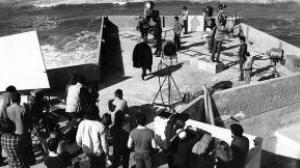 German director Friedrich (Bauchau), his American cameraman (Fuller), and the international crew on a low-budget sci-fi movie are stranded in Europe when the producer (Garfield) disappears before shooting is finished. With nothing to do but wait, Friedrich decides to travel to Los Angeles in search of the producer and walks into a world of crime. Wenders’ existential and deeply personal thriller was inspired by his experiences making the Francis Ford Coppola-produced Hammett (1982). 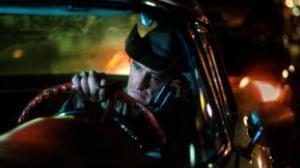 Believing his leukemia to be out of remission and anxious to provide for his family, the once upstanding frame-maker Jonathan (Ganz) accepts an offer from slick and  shady American Tom Ripley (Hopper) to become a paid assassin. Eventually, these two opposite types become friends in Wenders’ adaptation of Patricia Highsmith’s Ripley’s Game. “It’s just as exciting, enjoyable, and thought-provoking as her novel” (Danny Peary, Guide for the Film Fanatic). 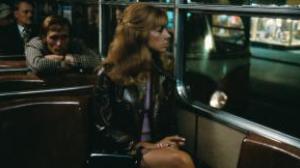 Wenders’ second feature is an unconventional suspense film chronicling the day to day activities of soccer goalie/sociopath Josef Bloch (Brauss) as he wanders around Vienna after being ejected from a game. With a matter-of-fact style that matches the protagonist’s demeanor to a T, Wenders and author Peter Handke weave a deeply unsettling tale of random incidents, photographed and performed with precise and somehow terrifying passivity. Goalie plays with the elements of a standard Hitchcockian thriller, unfolding simultaneously as verité and fever dream. (BR) 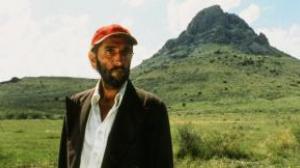 Wenders and screenwriter Sam Shepard cast Stanton in his first-ever leading role, and the resulting film won the Palme d’Or at the 1984 Cannes Film Festival. As Travis, who we first meet as a homeless mute wandering the desert, Stanton is a revelation. Kinski and Stockwell, as figures from Travis’ past who reconnect with him, also give genuine, lived-in performances. Perhaps best of all is Hunter Carson (son of screenwriter L.M. Kit Carson and actress Karen Black) as Stanton’s estranged seven-year-old son. Along with the acting, Robby Müller’s vivid use of color and Ry Cooder’s evocative, elegiac score carry the film to a cathartic, intimately emotional climax. (BR)