WISCONSIN’S OWN ORSON WELLES: A CENTENNIAL CELEBRATION (PART I)

May 6, 2015 marks 100 years since Orson Welles was born in Kenosha, Wisconsin. One of the leading lights in the history of international cinema, Welles has inspired succeeding generations of film artists with an arresting use of sound an image, singular interpretations of literary classics, and a celebratory, but fundamentally tragic vision of the human condition. The Cinematheque will celebrate the career of this magnificent performer and filmmaker year-round with screenings that explore Welles’ multi-faceted talents. January and February 2015 selections highlight Welles as the complete auteur, beginning with his acknowledged masterwork, Citizen Kane. Look for additional Welles-iana in the Wisconsin Film Festival, April 9-16. 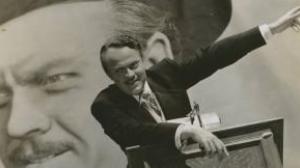 Welles stars as Charles Foster Kane in his classic first feature, a thinly disguised interpretation of the life of newspaper magnate William Randolph Hearst. The 25-year-old director took complete advantage of the freedom given to him by RKO Studios, breaking narrative and visual conventions and blazing new paths all along the way. Kane is still influencing filmmakers to this day but don’t let the idea that it might be the greatest movie ever made keep you from seeing it - it also happens to be extremely entertaining. 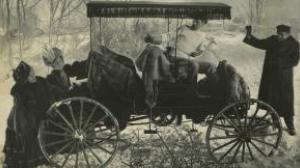 Welles’ anticipated follow-up to Citizen Kane is a multi-generational family saga set at the turn-of-the-century, adapted from Booth Tarkington’s classic novel. Kane composer Bernard Herrmann pulled his name from the credits when his music - along with much of Welles’ original vision – was altered by the studio. It nonetheless remains a compelling, technically brilliant, and heartbreaking film. 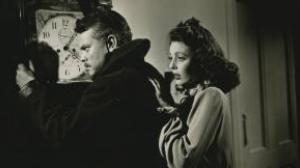 In this suspenseful film noir, Welles plays Franz Kindler, a war criminal living incognito in a peaceful Connecticut town. Posing as schoolteacher Charles Rankin, newly married to the pretty and devoted Mary (Young), Kindler is biding his time until the Nazi party can rise again. But War Crimes Commission officer Mr. Wilson (Robinson) suspects Rankin and sets out to prove his true identity before Rankin eliminates everyone who threatens to expose him. With the chiaroscuro lighting typical of noir and Welles’ signature deep staging and unusual camera placement, The Stranger is a tight, tense thriller, and its critique of Nazism is strengthened by the inclusion of actual footage of the concentration camps. (AM) 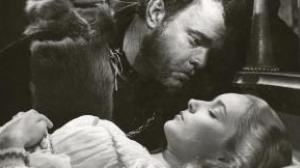 Hands down the greatest filmed adaptation of any Shakespeare play, Welles’s fleet, lively take on the Bard’s classic is infused with cinematic vigor.  Shot on the fly over four years in Morocco and Italy, this self financed passion project remains a model of low budget ingenuity and a triumph of editing.  Halving the play’s running time yet remaining true to its spirit, Welles conjures a hurtling vision that belies its piecemeal production. “Shakespeare is subjected not to a decorous homage but to an enraptured wrestle.  There is no excuse not to see it” (The New Yorker). (MK) 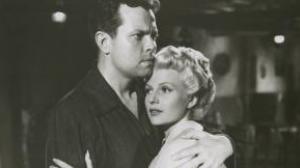 This quintessential piece of film noir features a blonde Hayworth starring alongside producer, director and screenwriter (and second husband) Welles. His cinematic genius is evident in this thrilling story involving lust, betrayal and murder, particularly in the startling, climactic hall of mirrors sequence. Hayworth is one of the movies’ great femmes fatales. A new 4K restoration from Sony Pictures will be screened. 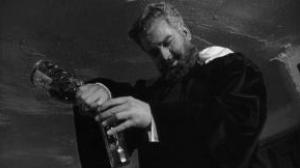 In an almost parodic variation on Citizen Kane as well as The Third Man, Welles plays the enormously wealthy and always elusive Gregory Arkadin. His motives mysterious, the billionaire hires a young con artist (Robert Arden) to look into his past. The investigation leads to a number of surprising revelations. Elaborately designed with deliberately theatrical make-up, costumes, and sets, Confidential Report offers another thoughtful Wellesian meditation on the art of fakery. 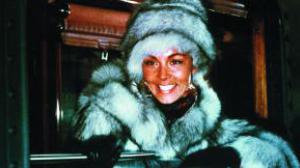 One of the greatest, and most influential, of all essay films, Welles’s late masterpiece is a consideration of fraudulent things, including art forgery, Clifford Irving’s fake Howard Hughes biography and Welles’s own original War of the Worlds radio broadcast. Inventively repurposing stock footage and parts of another documentary directed by Francois Reichenbach, Welles also serves as the charming narrator and host.

Screenwriter and Director Welles gives one of his greatest performances as Hank Quinlan, the corpulent and corrupt head of police in a sleazy town on the U.S.-Mexico border. When a bomb explodes at the border crossing (the conclusion of a dazzling extended opening shot), Mexican official Mike Vargas (Heston) clashes with Quinlan during the investigation, jeopardizing the safety of Vargas’ new bride, Susie (Leigh). Removed from the production during editing, Orson Welles wrote a lengthy memo requesting several changes in editing and sound--work that has been carried out in this version by a team including Oscar-winning editor Walter Murch.