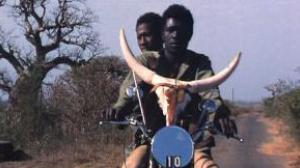 Wanting to leave Dakar, Mory (Niang) dreams of leaving for Paris with the woman he loves, and embarks on a series of petty crimes. Mixing elements of fantasy with a classic morality tale, Touki Bouki (the title means “Hyena’s Journey”) was Senegalese cinema legend Mambéty’s first feature. “One of the greatest of all African films and almost certainly the most experimental” (Jonathan Rosenbaum, Chicago Reader). Preceded by Ousmane Sembene’s Borrom Sarret (1969, DCP, 20 min.), often considered the first African film made by a black African. The 35mm print of Touki Bouki was restored by Cineteca di Bologna in collaboration with the World Cinema Project and the Film Foundation. 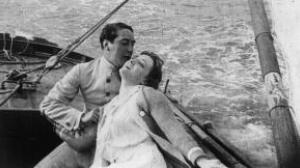 Lyda Borelli, one of the great divas of the Italian theater, stars in a romantic tale of espionage and betrayal that is set, partially, in the world of the theater. One of only a few feature films Borelli appeared in, Love Everlasting also offers tantalizing glimpses of the actress’s celebrated stage performances, including her turn as the title character in Oscar Wilde’s Salome. After more than a century, this terrific silent melodrama is still an emotional powerhouse. The movie will be presented with Italian intertitles and English subtitles and a synchronous soundtrack featuring a score composed by Francesca Badalini. 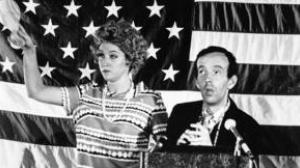 This funny and Brechtian slice of Vietnam era subversion is largely a vehicle for the almost otherworldly Taylor Mead. An underground cinema mainstay, Mead appears here in a series of bizarre short sketches that lampoon television programming and commercials, two things that are, pointedly, almost impossible to tell apart. The cast includes a number of other significant counter-cultural figures, including Abbie Hoffman, Sam Shepard, and Warhol Factory regulars Candy Darling and Ultra Violet. 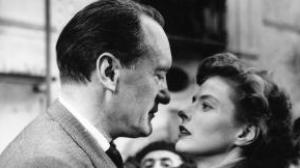 In one of the greatest of all Italian films, Bergman and Sanders are a dissatisfied married couple vacationing near Naples. The couple are forced to reckon with their declining relationship after an emotional and memorable visit to the ruins of Pompeii. Spiritual and profoundly moving, Viaggio in Italia is “A crucial work, truthful and mysterious” (Dave Kehr, Chicago Reader).