2015 marks 100 years since Orson Welles was born in Kenosha, Wisconsin. The fourth and final section of our celebration of Welles’s career will include two classics from Welles the complete filmmaker (Macbeth and The Trial) and one rarity (The Southern Star) featuring a supporting turn from Welles the actor. The series concludes with an in-person visit from noted Welles scholar and author Joseph McBride who will present a program of Welles rarities and offer a special lecture on the history surrounding The Magnificent Ambersons. 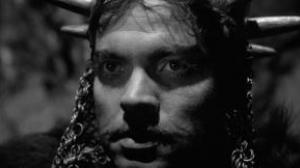 Welles cast himself in the title role for his brisk, low-budget adaptation of Shakespeare’s Scottish play made at Republic Pictures. “There is force in this rough, hasty rendering; the sheer speed of the pacing gives it a quality of crushing delirium” (Dave Kehr, Chicago Reader). A 35mm print of Welles’s original version of the film, courtesy of UCLA Film & Television Archive, will be screened. This version restores the cast’s Scottish accents and about 16 minutes of footage that was removed for Macbeth’s initial American release. 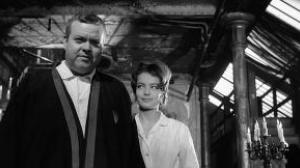 Welles's ornately detailed adaptation of Kafka's novel about the absurdity of modern justice stars Perkins as a man who must prove his innocence to an indifferent, labyrinthine bureaucracy. Often interpreted as the great director's take on his own experiences working within the rigid Hollywood studio system, Welles complete, unedited vision will be screened in a newly restored DCP distributed by Rialto Pictures. 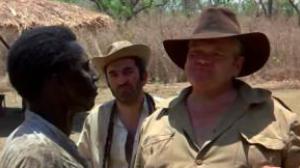 American fortune hunter Rockland (Segal) leads the chase to recover the title object, an unusually large diamond. Teamed with a diamond tycoon’s beautiful daughter (Andress), Rockland faces competition from the sinister Plankett (Welles). Based on a Jules Verne story, this fun comic adventure-caper set in 1912 Africa was shot on striking and unusual locations in Senegal. 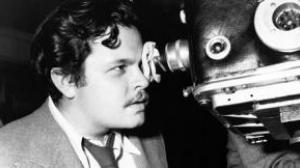 Film scholar Joseph McBride, author of three books on Orson Welles, is your guide for this don’t-miss program of Welles rarities, including his early short film The Hearts of Age (made when Welles was 19), rushes, film cameos, TV and stage appearances, trailers, and other ephemera spanning the director’s more than half-century career. footage from various film and TV appearances, stage and newsreel footage, rushes, trailers, scenes from seldom-shown and/or uncompleted films, and other esoterica spanning the actor-director’s career of more than half a century. Special thanks to Bruce Goldstein and William Hohauser. 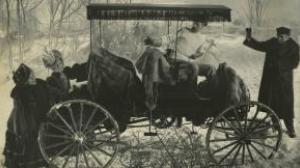 Adapted from Booth Tarkington’s classic novel, Welles’s anticipated follow-up to Citizen Kane was notoriously released by RKO Pictures in a version that seriously altered the director’s original vision. It nonetheless remains a compelling, technically brilliant, and heartbreaking film. This screening of the complete release version will be followed by a special hour-long presentation from noted Welles scholar Joseph McBride that explains Welles’s intentions with the help of rare visual material.