Josef von Sternberg: The Exotic and the Decadent

One of cinema’s singular visionaries, Josef von Sternberg masterminded some of the most idiosyncratic Hollywood entertainments of the 1920s and 30s. Famous for meticulously concocting exotic locales on Paramount’s back lot, Sternberg used breathtaking imagery to tell wry, knowing tales of doomed love. The director pursued total control over his projects, often acting as uncredited writer, cinemato­grapher, and editor, ensuring that each frame bore his unmistakable personal stamp. Although justly celebrated for his visual style, Sternberg was also among the first directors to fully grasp the power of sound, as exemplified in the proto-noir talkie Thunderbolt. This retrospective also contains one of Sternberg’s great silent films (The Docks of New York) six of von Stern­berg’s canonical, matchless collaborations with Marlene Dietrich, and two adaptations of literary classics (Crime and Punishment and An American Tragedy). (MK)

Supported by the Department of German. 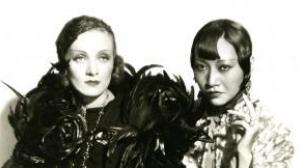 Among the passengers on a train headed to Shanghai are a British Army Captain (Brook) and his former lover, fallen woman Shanghai Lily (Dietrich). The two attempt to rekindle their romance while fighting off revolutionaries led by a powerful warlord (Warner Oland). Bursting with delirious Oriental imagery, this is also perhaps the most briskly-paced of the Sternberg-Dietrich collaborations, thanks partly to the witty crackerjack script by Jules Furthman (and an uncredited Howard Hawks!). 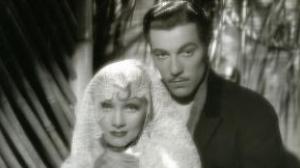 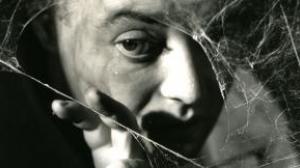 Sternberg’s adaptation of Dostoevsky’s canonized novel features Lorre in the pivotal role of Raskolnikov, guilt-ridden thief and killer of a pawnshop proprietor, and Arnold as the sly police inspector Porfiry. Saddled with a limited budget after his more lavish Paramount productions, Sternberg turned toward Columbia Pictures to make this scaled-down - but frequently stunning and evocative - movie. 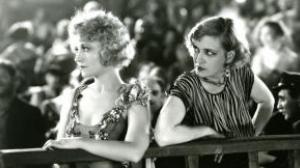 A tough guy stoker on a steamship, Bill (Bancroft) takes a brief shore leave and falls hard for sexy and street smart dance-hall girl Mae (Compson). Their rough-and-tumble love story unfolds against the backdrop of the fog-covered title location. Sensual, richly atmospheric, and deeply romantic, this is quite simply one of the finest films of the silent era. The marvelous cinematography is by Harold Rosson, who also shot The Wizard of Oz.  Live accompaniment by David Drazin. 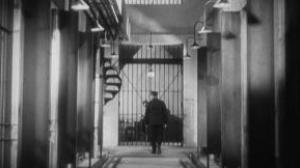 In Sternberg’s fatalistic first talkie, Bancroft is the title character, a doomed gangster awaiting execution in prison. The story revolves around the love triangle between Thunderbolt, his girl (Fay Wray), and the innocent man (Arlen) placed in the cell next to him. “This 1929 release is probably the most underrated of Josef von Sternberg's sound pictures, and it's underrated for the same reason: Sternberg is known almost exclusively as a visual stylist, but the most exciting thing here is the highly creative sound track.” (Jonathan Rosenbaum, Chicago Reader) 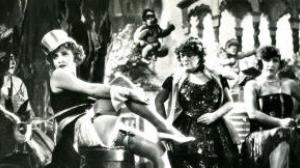 Professor Rath (Jannings) learns of his students’ infatuation with nightclub singer Lola-Lola (Dietrich). Determined to stop her indecency, the repressed, self-righteous teacher is instead fatally seduced the moment the songstress belts out “Falling in Love Again.” The first of the legendary Dietrich-Sternberg collaborations, The Blue Angel is one of the screen’s most iconic stories of romantic obsession. 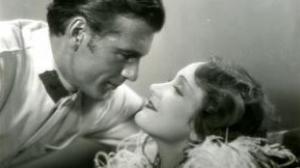 After the success of The Blue Angel, director von Sternberg brought his leading lady Dietrich back from Germany to make their first Paramount production together, this languorously romantic drama set in North Africa. In the story, a French Legionnaire (Cooper) fights with a wealthy roué (Menjou) for the love of cabaret performer Amy Jolly (Dietrich). In her inimitable style, Dietrich sings three numbers for this visually exotic masterwork. 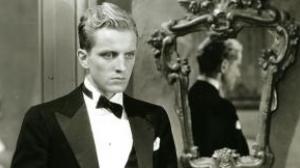 Tragedy ensues when socially ambitious Clyde (Holmes) is tempted by the rich, alluring Sondra (Dee), but frustrated by the helpless vulnerability of his factory girlfriend Roberta (Sidney). Two decades before George Stevens’ A Place in the Sun, Sternberg delivered his own big-screen version of Dreiser’s classic novel. Made before the enforcement of the censorship code, it is the more frank of the two films. 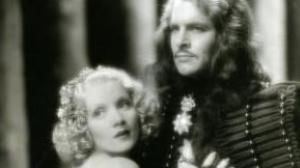 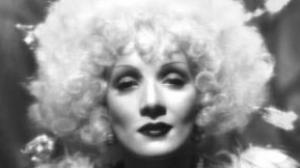 Nightclub entertainer Dietrich dresses up in full gorilla regalia and sings “Hot Voodoo,” all in an attempt to raise money to cure her ailing husband (Marshall). Looking for cash in a hurry, she becomes the kept woman of millionaire Grant. Sternberg’s patented chiaroscuro lighting is on full display in this marvelous melodrama, his fifth film starring Dietrich. 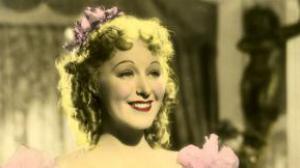 In 19th century Vienna, a sprightly young lady (opera star Moore) wishes to rescue her sister from marrying their cousin, Emperor Franz Josef (Tone). Disguised as a dressmaker, the girl instantly falls in love with the young monarch herself, and sings her way into his heart. Sternberg’s penchant for visual exotica is relatively subdued for this, his first full-fledged movie musical.