The Cinematheque frequently puts a spotlight on major cinematic archival undertakings and this spring we will present a sampling of six preserved features from the vaults of 20th Century Fox, all screened in lovely, recently struck 35mm prints. The selections range from a pair of pre-code comedies from legendary auteur Raoul Walsh (Sailor’s Luck and Me and My Gal) to a slick international heist thriller (The Sicilian Clan). The series begins on March 30 when Fox VP Schawn Belston will present the film noir classic Night and the City and explain the differences in the American and British release versions. 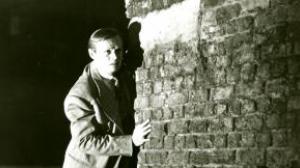 In what may be his greatest role, Widmark is Harry Fabian, an American loser hustling a living in London as a con-man and nightclub tout. When Harry gets the opportunity to make a fortune as a promoter in the crooked world of wrestling, he risks losing his girl (Tierney) and his life. Director and film noir master Dassin, makes brilliant use of numerous shadowy and sleazy locations in England’s capital. 20th Century Fox VP of Library and Technical Services Schawn Belston will introduce and discuss differences in the film’s UK and US release versions in a post-screening discussion. 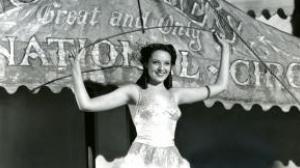 This charming period piece from 20th Century Fox shows off the considerable storytelling talents of veteran director Henry King, as well as the lustrous Technicolor process. Fonda is the title character, a country boy who joins a circus in Central Western New York of the 1840s and falls for two brunettes, fellow big top performers Lamour and Darnell. The script is based on a novel by Walter D. Edmonds, whose Drums Along the Mohawk was also turned into a Technicolor Fox feature the year prior, 1939. 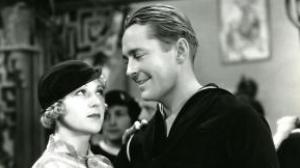 Looking for love and laughs, three sailors on shore leave pull into port in San Pedro, California. Their picaresque adventures include a dance marathon which ultimately culminates in a massive brawl. A bawdy romp that displays veteran director Walsh’s talents for mixing comedy with action, Sailor’s Luck is, in the words of critic Dave Kehr, the “pre-codiest of pre-code movies.” 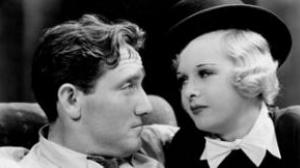 Bennett is a spunky waitress looking for romance with Tracy’s tough guy cop. In a screwball subplot, the two eventually team up to foil a bank robbery, along with the help of a disabled vet who can only communicate in Morse code by blinking. With more pop than a firecracker, this sexy pre-code gem is bursting with working class flavor and wit. 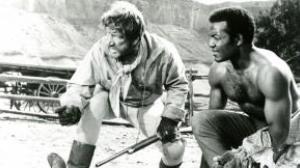 An Indian-hating former confederate soldier (Boone) is recruited on an army mission to stop his Colonel (O’Brien, as a Kurtz-like madman) from selling a cache of guns to the Apaches. Shot in breathtaking CinemaScope and color, and featuring a terrific score by Jerry Goldsmith, this sturdy and dramatically complex action picture from veteran director Douglas anticipates the violent revisionist westerns of the early 1970s. 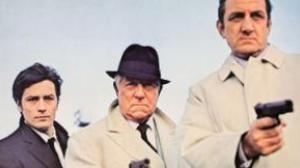 This criminally under-seen caper from crime film specialist Verneuil (The Burglars) brings together three top heavyweights of French tough-guy cinema. Gabin stars as a Sicilian hood orchestrating an elaborate jewel heist while stalked two steps behind by his nemesis (Ventura). Between the two, Delon is a young cop-killing grifter that escapes from jail and inadvertently places the fatalistic elements of thievery and illicit sex in play. The marvelous soundtrack features one of Ennio Morricone’s finest scores.