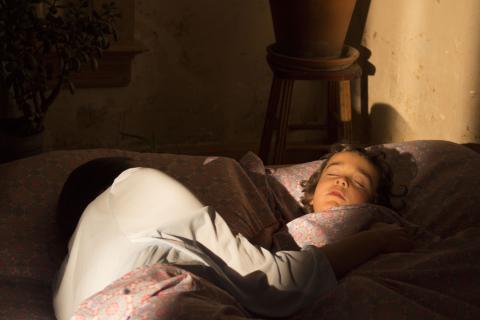 While our campus theatrical venues remain closed, the Cinematheque concludes our series of movies you can watch at home for free with a presentation of Emir Cakaroz’ “Paths to Home” trilogy.

The 2021 Wisconsin Film Festival (May 13-20) is just around the corner, and Milwaukee-based filmmaker Cakaroz has been a familiar presence at the Festival since 2011 where his short video, Oil Wrestling, had its world premiere. In the ensuing years, Cakaroz has been back many times, with screenings of One Money (WFF 2014), Riverwest Film & Video (WFF 2018) and a stint as a Golden Badger juror in 2019.

Born and raised in Istanbul, Cakaroz received his MFA in film from the UWM Peck School of the Arts, where he is currently an Associate Lecturer in Film, Video, and Animation. In the “Paths to Home” trilogy, Cakaroz casts his gaze on his family, and in particular, his mother and father. Cakaroz approaches the details of his parents’ lives – emigrating from Bulgaria to Turkey, being treated as outsiders, suffering with illness and loneliness, surviving, and passing along traditions both sacred and domestic – from unique and intimate angles. Cakaroz wields a sly, deadpan sense of humor, and his trilogy paints a complicated, nuanced, and sometimes contradictory portrait of the family unit and his place within it. Though each of the three pieces vary wildly in form and tone, seen together they form a cohesive whole, an unforgettable deep dive into what makes Cakaroz the man and filmmaker that he is. Wisconsin Film Festival has also hosted screenings of the three shorts that now comprise the “Paths to Home” trilogy: Two Photographs (WFF 2013), Revza (WFF 2016) and Dad’s Apple (WFF 2020) and we are delighted to share them with you now as one complete package.

REVZA (2016 | USA | 47 min. | Director: Emir Cakaroz) Cakaroz returns to his native Turkey to spend some quality time with his mother. What emerges is a singularly intimate portrait of their relationship, as well as her life alone. Clear-eyed and moving, Revza is filled with sequences in which the mundane becomes mesmerizing.

For instructions on how to see all of the “Paths to Home” trilogy at home for free, send an email to info@cinema.wisc.edu and remember to include TRILOGY in the subject line. No further message is necessary.

Plus, on a new episode of our Cinematalk podcast, Emir Cakaroz talks with the Cinematheque's Ben Reiser about the trilogy and exploring one’s roots through the art of cinema. Listen below or subscribe to Cinematalk through Apple Podcasts.