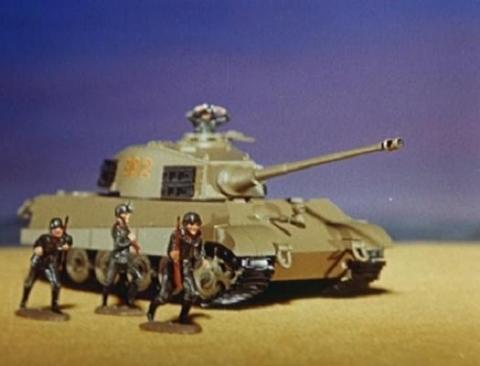 While our campus theaters remain closed, the Cinematheque is continuing our series of view-at-home cinema programs with a tribute to a unique and important film programmer.

Film as a Subversive Art: Amos Vogel at Oberhausen. This collection of remarkable and innovative short films from the 1960s reflect the personal and eclectic tastes of Amos Vogel (1921-2012), founder of the influential screening society Cinema 16 and co-founder of the New York Film Festival. Vogel was also a teacher and the author of the seminal book on experimental and avant-garde cinema, Film as a Subversive Art, originally published in 1974. His papers are currently archived at the Wisconsin Center for Film & Theater Research here at UW Madison.

"All along, Amos was the one hope. He had an audience of five thousand people to whom he would show works that my friends and I regarded as art. That was wonderful, but he showed the films we admired in a mix with scandal movies and documentaries of various shocking subjects...Amos's main concern and consideration was to show things that you couldn't see elsewhere, and that was what attracted his audiences" (Stan Brakhage on Amos Vogel).

The film selections in this program all received some of their earliest screenings in West Germany at the International Short Film Festival Oberhausen, where Vogel served as a member of the international jury and later as an American programming correspondent. The program has been curated by Tobias Hering, who currently directs the "re-selected" project at the International Short Film Festival Oberhausen, a festival segment as well as an ongoing program series based on the festival's analogue print collection and paper archives. The four view-at-home selections are:

THE HOUSE IS BLACK (KHANEH SIAH AST, Iran, 1963, 22 min., Farsi with English subtitles). Directed by Forogh Farrohkzad. In the only film she ever directed, the celebrated Persian poet Forugh Farrokhzad lyrically renders the denizens of a leper colony in Northern Iran. “Another taboo subject enters the cinema with this poetic and bitter glance at lepers living in enforced idleness and imprisonment...The commentary consists of a montage of Old Testament texts, and a detached, medical explanation…. The stream of mutilations of the human body - and our frightened response which may be more self-identification than empathy - makes us repeatedly avert our glance from what we know exists but cannot face” (Amos Vogel). Restoration courtesy Janus Films.

JOSEF KYLIAN (POSTAVA K PODPÍRÁNÍ, Czechoslovakia, 1963, 38 min., Czech with English subtitles). Directed by Pavel Jurácek, Jan Schmidt. In this absurdist comedy that heralded the Czech New Wave, a young man rents a cat from a “cat rental company” but when he goes to return the pet, it seems the business never existed. “Forerunner of the Czech thaw, this astonishing, Kafkaesque allegory of Stalinism was the first intimation of things to come. Mordant, sophisticated, and secret, it was insidiously anti-Establishment in its comments on bureaucracy, alienation, and the possible incomprehensibility of all human endeavour" (Amos Vogel). Restoration courtesy Czech Film Archives.

FEINE SPIELWAREN (SUPERIOR TOYS) - MADE IN USA (East Germany, 1969, 13 min., German with English subtitles). Directed by Günter Rätz. “The film is a slashing, frontal attack, skilfully edited, on American war toys (‘sold in West Germany') showing Nazi soldiers and tanks, and Fokker, von Richthofen, and Stuka planes ('Have the Americans forgotten that these planes bombed England?'). For good measure, the film ends with monster toys, torture chambers, the Bloody Mummy, and an operating guillotine ('we apologize for showing this in an East German film'). The conclusion is that even toys have been put at the service of aggressive American imperialism, which aims at achieving Hitler's unattained goal: the destruction of the socialist bloc” (Amos Vogel). Archival version, featuring newly translated subtitles by Tobias Hering, courtesy DEFA Film Library, UMass Amherst. Special Thanks to Hiltrud Schulz.

KIRSA NICHOLINA (USA, 1969, 16min). Directed by Gunvor Nelson. Kirsa Nicholina captures the birth of a child at home. “An almost classic manifesto of the new sensibility, it constitutes a proud affirmation of man amidst technology, genocide, and ecological destruction. Birth is presented not as an antiseptic, 'medical' experience, but as the living-through of a primitive mystery, a spiritual celebration, a rite of passage. True to the new sensibility, it does not aggressivley proselytize but conveys its ideology by force of example… Quiet guitar music (composed by the father) accompanies the poetic, tactile images, unobtrusively recorded by the detached camera; no avant-garde pyrotechnics interfere with the intentional simplicity of the statement” (Amos Vogel). Archival version courtesy International Short Film Festival Oberhausen.

Beginning November 19 and through December 3, the Cinematheque is offering unlimited viewing of these four outstanding short movies. To receive access, send an email to info@cinema.wisc.edu and remember to include the word VOGEL in the subject line. No further message is required or necessary. We will reply with instructions on how to view the movies at home.

On a new episode of our Cinematalk podcast, film curator Tobias Hering of the International Short Film Festival Oberhausen talks with the Cinematheque’s Jim Healy about Amos Vogel and his legacy as a cinematic taste-maker. Listen below or subscribe through Apple Podcasts.