Cinematalk Podcast: FROM NOON TILL THREE with Dan Gilroy

From Noon Till Three spoilers abound in our discussion, so we recommend viewing the movie first before listening.

Listen to Cinematalk below, or subscribe through Apple Podcasts or wherever you get your podcasts.

Cinematalk Presents 70 Movies We Saw in the 70s: WHERE'S POPPA? 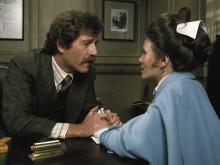 In conjunction with the Cinematheque's 35mm presentation of Where's Poppa? on July 2, we have repackaged an episode of 70 Movies We Saw in the '70s podcast on our own Cinematalk podcast.

On this episode, originally released about a year ago, the Cinematheque's Ben Reiser and the late, great Mike McPadden discuss Carl Reiner's very dark comedy with writer and film historian Kat Ellinger. Listen below or subscribe to Cinematalk wherever you get your podcasts. 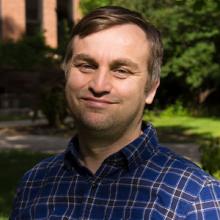 Born and raised in Istanbul, Emir Cakaroz received his MFA in film from the UWM Peck School of the Arts, where is currently an Associate Lecturer in Film, Video, and Animation. In the "Paths to Home" trilogy, Cakaroz casts his gaze on his family, and in particular, his mother and father, approaching their stories – emigrating from Bulgaria to Turkey, being treated as outsiders, suffering with illness and loneliness, surviving and passing along traditions both sacred and domestic – from unique and intimate angles. Cakaroz wields a sly, deadpan sense of humor, and his trilogy paints a complicated, nuanced, and sometimes contradictory portrait of the family unit and his place within it. Though each of the three pieces vary wildly in form and tone, seen together they form a cohesive whole, an unforgettable deep dive into what makes Cakaroz the man and filmmaker that he is. 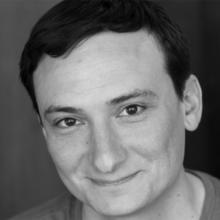 Tying-in to the Cinematheque's free presentation of The Marksman, this episode of Cinematalk features the Cinematheque's Jim Healy in conversation with screenwriter Danny Kravitz, who co-wrote The Marksman with Sun Prairie, WI resident Chris Charles. A former student of film within our Department of Communication Arts and graduate of UW Madison, Danny Kravitz spoke to us from his home in Chicago, where he teaches screenwriting at Columbia College.

Listen to this episode of Cinematalk below or subscribe through Apple Podcasts.

Cinematalk Podcast #33: THIS IS NOT A BURIAL, IT'S A RESURRECTION with Lemohang Jeremiah Mosese 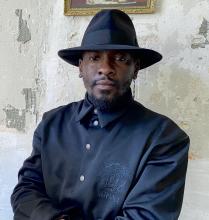 As a supplement to the Cinematheque and WUD Film presentation of This is Not a Burial, It's a Resurrection, this episode of Cinematalk features Programmer Mike King in discussion with writer/director Lemohang Jeremiah Mosese.

This is Not a Burial, It's a Resurrection screened to great critical acclaim at last year's Sundance and Venice Film Festivals and was also a selection of the 2020 Wisconsin Film Festival.

Listen to the episode below or subscribe to Cinematalk through Apple Podcasts.

Cinematalk · Ep 33 - This is Not a Burial, It's a Resurrection with Lemohang Jeremiah Mosese 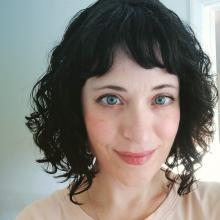 As a listening companion to the LACIS and Cinematheque presentation of Fauna, this episode of Cinematalk features our Mike King in discussion with the movie's writer, director, and editor, Nicolas Pereda. Pereda's work has been the subject of more than 30 retrospectives worldwide in venues such as Anthology Film Archive, Pacific Film Archive, Jeonju International Film Festival and TIFF Cinematheque.  Fauna premiered at the 2020 Toronto Film Festival, and has gone on to play the New York, San Sebastian, and Los Cabos Film Festivals. Listen to Cinematalk below or subscribe to Cinematalk through Apple Podcasts or wherever you get your podcasts. Fauna is presented with the support of UW Madison’s Latin American, Caribbean, and Iberian Studies Program (LACIS).

Cinematalk Podcast #30: A GLITCH IN THE MATRIX, with Rodney Ascher 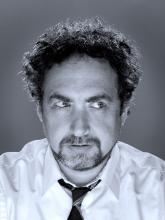 Our first episode of Cinematalk for 2021 makes a great supplement to the Cinematheque's showcasing of A Glitch in the Matrix. Glitch director Rodney Ascher talks with the Cinematheque's Jim Healy about how he put his new movie together and simulation theory’s relationship to cinema history and sci-fi literature. Rodney joined us in person at the 2013 Wisconsin Film Festival to present a program of his unique short movies and the Madison Premiere of Room 237, his much-acclaimed exploration of fan theories attempting to decode the hidden meanings of Stanley Kubrick’s The Shining. He spoke with us from his home in Los Angeles during a busy time when his movie has its online premiere and is opening in virtual cinemas around the country. Listen below, or subscribe to Cinematalk through Apple Podcasts or anywhere you get your podcasts.

Cinematalk · Ep 30 - A Glitch in the Matrix with Rodney Ascher

In conjunction with the Cinematheque's presentation of the powerful new documentary Determined, this episode of Cinematalk features our own Ben Reiser moderating a lively panel of five women who together have spent the past seven years determined to tell the story of Determined. Producers Therese Barry-Tanner, and Eileen Littig, Director Melissa Godoy, Sound person Shawndra Jones, and one of the subjects of the film, Karen McElwee, all sat down to talk with Ben via Zoom for an engaging and informative discussion about the making of this remarkable film.

Listen to this episode of Cinematalk below or subscribe through Apple Podcasts or wherever you get your podcasts.