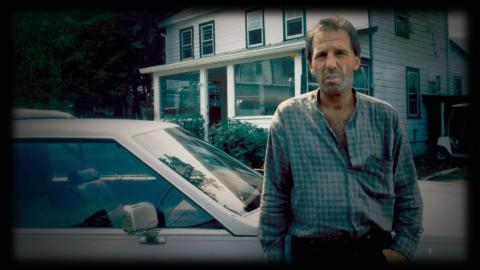 The UW Cinematheque's free series of view-at-home movies continues this week with an opportunity to see a 2020 Wisconsin Film Festival selection that sold out its screening even before the Festival had to be canceled, Martha Shane's marvelous "film fest fraud" documentary Narrowsburg.

NARROWSBURG (2019, USA, 84 min.) A corrupt regional film festival is at the center of this hilariously entertaining true crime documentary, which doubles as a head-spinning cautionary tale about the allure of the spotlight. Narrowsburg, NY, was a sleepy hamlet along the Delaware River (population: 414), when Richie and Jocelyne Castellano rolled into town and declared that they would turn it into the “Sundance of the East.” An ingratiating grifter whose sole claim to fame was a bit part in the Billy Crystal/Robert De Niro mob comedy Analyze This, Richie charmed the whole town into a collective movie fever. In quick succession, Richie launched the Richard Castellano School of Acting, the Narrowsburg Film Festival, and enlisted seemingly every one of Narrowsburg’s 414 souls into the production of a derivative mob movie entitled Four Deadly Reasons. Needless to say, none of these panned out quite as the local investors had hoped. Director Martha Shane snags interviews with all parties involved, who spin a Rashomon-like tale, packed with surprise twists, big personalities, and dashed dreams. Shane also dares to call into question the larger economics of the independent film landscape, where profits are scarce, and desperation can too often turn aspiring artists into willing marks.

Beginning September 24, the Cinematheque has a limited number of opportunities to view Narrowsburg at home for free. To receive access, simply send an email to info@cinema.wisc.edu, and make sure to include the word NARROWSBURG in the subject line.

On a new episode of our Cinematalk podcast, our special guest is award-winning filmmaker Martha Shane in conversation with Cinematheque Programmer Mike King. Their discussion touches on the making of Narrowsburg, the reluctance of her interview subjects, the "underworld connections" of Richie Castellano, film fest fraud, and more! Listen to Cinematalk below or subscribe to Cinematalk through Apple Podcasts.

Plus, limited free access is still available for previous Cinematheque selections Jazz on a Summer's Day, Werner Herzog's Nomad, and Feels Good Man, the latter two movies were also 2020 Wisconsin Film Festival selections. Click on each title to learn how to gain access. Separate emails are required for each request.