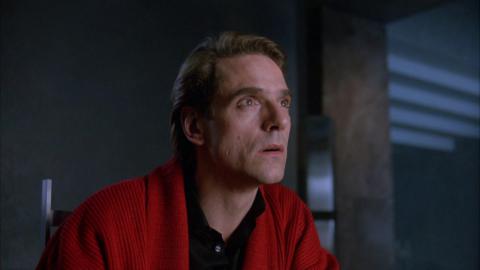 This essay on the work of David Cronenberg was written by Katherine Quanz, a doctoral candidate in the Department of English and Film Studies at Wilfrid Laurier University. Her dissertation examines how government policy and technological innovation shaped Canadian post-production practices from 1968 to 2012.  Her other research investigates Canadian Aboriginal and experimental cinemas. Before attending graduate school, she worked as an assistant sound editor in a Toronto-based post-production facility.

David Cronenberg is considered to be one of Canada’s top directors and potentially one of the most influential filmmakers working today; however, at the beginning of his career, Cronenberg’s films were initially panned by critics. The critical attack on Cronenberg began after the release of his first mainstream film Shivers (1974), which was partly financed by the newly-formed Canadian Film Development Corporation (CFDC), a government-run investment bureau aimed at kick-starting the country's fiction film industry. The film, which features small parasites that drive victims into a sexual frenzy, became a box office success that generated revenue for the CFDC. However, like the parasites, the critics mercilessly attacked Shivers for being amoral and a cheap American horror knockoff. Robert Fulford, under the pseudonym Marshall Delaney, led the attack with his review “You Should Know How Bad This Film Is After All, You Paid for It.”  In an examination of Cronenberg’s place within Canadian cinema, scholar Bart Testa notes that “critics prophylactically placed the director beyond the pale of discussable Canadian cinema for almost a decade.”  Incidentally, the reviews of Cronenberg’s films supposedly led to his eviction because his landlady did not want to associate with a director of lurid films. (Cronenberg moved into a house down the street that he would later feature in his 1979 film The Brood).

The critical response to Cronenberg's films became more positive with the release of his special effects-driven Videodrome in 1983. Equally ambitious in both imagery and emotional resonance were The Fly (1986) and Dead Ringers (1988), each of which further cemented his place in both Canadian and horror film circles. Consequently, Cronenberg's conspicuous use of Toronto as the setting for all three of these films helped to win the adoration of critics and scholars who sought to identify the director as a uniquely Canadian auteur. According to William Beard, “Cronenberg's cinema is most ‘Canadian’ in its bleakness of Affekt, its overriding sense of defeat and powerlessness, its alienated dualism of nature against consciousness, its fearful cautiousness in the face of a hostile universe, and its powerful feelings of isolation and exclusion.”  Additionally, Cronenberg repeatedly worked with a predominantly Canadian crew that included Ron Sanders (editor), Carol Spier (art director), and Howard Shore (composer). As a consequence of his critical achievements and his dedication to remaining in the Canadian film industry, Cronenberg became a mentor for other Canadian directors like Atom Egoyan, Patricia Rozema, Don McKellar, and Vincenzo Natali.

All three of the Cronenberg films screening at the Cinematheque this fall demonstrate Cronenberg’s interest in combining the narrative ambiguities and production design of art cinema with the genre tropes of horror, science fiction, and melodrama. The first film of the series, Dead Ringers (screening September 25) was inspired by a headline published in the National Enquirer: "Twin Docs Found Dead in Posh Pad". Dead Ringers was the first of his films to receive wide spread Oscar buzz, yet despite the special effects and Jeremy Irons’ critically acclaimed performance as the twin gynecologists, the film failed to receive one nomination. When Irons won the Oscar for his role in Reversal of Fortune two years later, he nonetheless thanked Cronenberg in his speech, coyly explaining to the Academy, “some of you may understand why.”

The main character of the second film of the series, 1983’s Videodrome (screening October 23), is loosely based on Moses Znaimer, co-founder of CityTV and a Toronto resident who notoriously broadcasted baby blue films (soft core pornography) to Canadian television sets in the 1970s. The film follows Max Renn (James Woods) the manager of the fictional CivicTV who becomes obsessed with isolating a television signal that appears to contain images of highly violent, sexual acts. This film is Cronenberg’s last monaural film, and there are some great sonic moments in the film, especially during key special effects scenes. Howard Shore’s score for this film complements the other sounds and the film’s emphasis on technology, as it was primarily composed on synclavier synthesizer and uses only minimal orchestral instruments.

For the final film of the series, 1999’s eXistenZ (screening November 20) Cronenberg drew inspiration from the death threats against author Salman Rushdie for the plot of the film. The story follows game designer Allegra Geller through multiple realities as she fights against terrorists on a mission to assassinate her. Released mere weeks after The Matrix in 1999, eXistenZ failed to produce big returns at the box office, earning less than $3 million on a $15 million production budget. eXistenZ was a major critical success, despite being a commercial bomb, the exact opposite reaction to the release of Shivers.