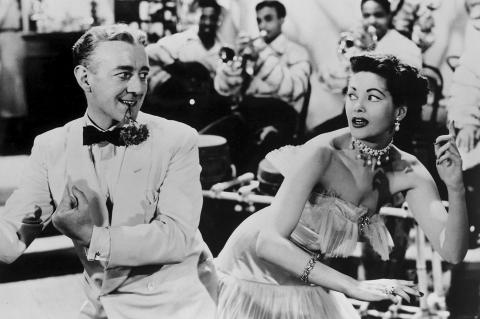 My Grandfather’s Paradise
By Andrew Zolides

Last year, my 79-year old grandmother became quite reflective on her past. Often without prompting, she clearly and articulately began recalling memories from her childhood, her teenage years, and her time raising my father, uncle, and aunt. Interested in learning more and realizing this may be our last chance, my family has started pushing her for stories and tidbits, both mundane and exceptional. Despite her age, her mind seems as sharp as ever, detailing events as far back as the 1939 New York World’s Fair, as well as the double-feature pictures her older brother would take her to in Astoria every week.

All the memories were not positive, of course, particularly as she revealed to us never-before-discussed minutiae of the dissolution of her marriage to her first husband, my late grandfather. My dad was only 16 when the two divorced, after it was revealed that my grandfather had started another family with a younger woman; she was a secretary from work, just to solidify the old stereotype.

These were all facts we knew, but during my grandmother’s recent reflections a minor detail about my grandfather’s favorite film changed the way we all viewed this man, who had only passed the year before. One night, she remembered my grandfather particularly liking a certain “Alec Guinness picture” enough to see it multiple times, which was rare for the man. While my grandmother couldn’t recall all the details, she believed Guinness played a sailor or ship captain and that the film took place in Europe. This was enough for me to deduce that the film in question was 1953’s The Captain’s Paradise, a film that came out when my grandfather was an impressionable 23-year old man considering marriage and family. Three years after the film’s release, he would marry my grandmother and set his goals in motion.

Captain Henry St. James (Alec Guinness) has it all figured out. As he tells his Chief Officer Carlos Ricco (Charles Goldner), “That, Ricco, is my solution to man’s happiness on Earth. Two happy women, each in their way perfect, and in between the company of men, the clash of intellects to stimulate the mind.” Putting aside the blatant sexism one uncovers when asking why neither of his two women could provide the intellect he required, St. James proves a reliable man to both his women. For wife Maud (Celia Johnson), he provides a sober, stable life filled with warm cocoa and a new vacuum cleaner. And for his lover Nita (Yvonne de Carlo), St. James provides the money and energy she needs to enjoy fancy restaurants, impromptu night swimming, and exotic lingerie.

Guinness plays Henry St. James as the classic con artist with a heart of gold. He lies, deceives, and plays every angle (including having his wife arrested to avoid being caught), yet his charm and humor win us over in the end. Of course much of this comes from Guinness’s natural charisma. It is difficult to imagine many other contemporary actors who could play such a scoundrel, yet make us like him all the same. St. James wishes for his women to be happy, but in the end this is ultimately in service to himself; later in the film, the comic juxtaposition of each woman desiring a life more like her unknown counterpart causes St. James great concern over how it will affect his “solution,” and if it will cause things to crumble around him.

Which brings me back to my grandfather. The Captain’s Paradise was not just his favorite movie; it was his guide to life. Guinness was able to win over not just the two women in the film, but the hearts and minds of the young men in the audience. My grandmother was Maud, the housewife and mother who kept the home and raised the children. Jane, the secretary with whom my grandfather had an affair and eventually started a second family, was Nita. Young, tall, and blonde, she was the socialite desiring furs and frivolity.

When my family gathered to watch The Captain’s Paradise for the first time, you might expect a somber realization of the personal parallels between my grandfather’s life and that of Henry St. James. Make no doubt; seeing the trials and successes of Guinness’ character certainly provided new insight into how we all viewed the family patriarch. The motivations for actions throughout his life seemed to become clearer, perhaps even understandable, in the right frame of reference.

We noted the similarities and the coincidences, the lines of dialogue from Alec Guinness that sounded near perfect to the way my grandfather would speak. But we also simply watched and enjoyed the film for what it was: a comedy of errors. The subject matter seemed far too serious for such a light tone; if any family could see that, it was mine. Yet there is something so appealing about watching Alec Guinness play the loving, calm husband and the fun-loving, jovial party-animal within mere minutes of each other. We laughed when Maud and Nita meet and as they verbally tip-toed around their shared ‘interest,’ feeling the suspense as they walked through the market. And we even let out a chuckle of relief as Captain St. James escaped certain death using, what else, a bribe.

The Captain’s Paradise is a reminder of the power of those ineffable qualities: charm, charisma, and quick wit. Guinness’s natural personality and talent shine through to help make a film about bigamy fun and light-hearted, not just in spite of the subject matter, but because of it. I would never recommend anyone follow Henry St. James’s “solution” to happiness, but that wouldn’t stop me recommending watching his attempts at fulfilling it play out.

<<AUSTIN WELLENS ON NOSTALGHIA
UW CINEMATHEQUE'S BEN REISER ON 'TO LIVE AND DIE IN L.A.'>>