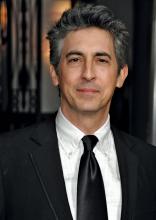 On Cinematalk this week, we are privileged to welcome one of the finest of all contemporary filmmakers, Alexander Payne. Our discussion begins with a look at The Great Silence and the mythic qualities of the Western genre. We also touch on the development of his cinephilia, the future of moviegoing, and "the three H's".

Usually writing in collaboration with Jim Taylor, Alexander Payne is the renowned director of sophisticated comedies for adults like Citizen Ruth, Election, About Schmidt, Sideways, The Descendants, Nebraska, and Downsizing. He is the recipient of two Academy Awards for his screenplays and he is also a passionate movie-lover. In 2014, he visited madison to present a Wisconsin Film Festival screening of another 60s Italian classic, Dino Risi’s Il Sorpasso. He also joined us at that time for a Cinematheque screening of Nebraska. This week he spoke to us from his hometown and the frequent setting of his movies, Omaha, Nebraska. 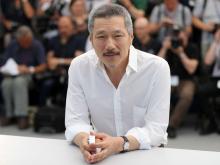 This week, we are delighted to be joined on the podcast by the great film scholar David Bordwell. David Bordwell is the Jacques Ledoux Professor of Film Studies right here at the University of Wisconsin-Madison, and is the author of numerous essential texts on cinema, including Planet Hong Kong, Ozu and the Poetics of Cinema, and most recently Reinventing Hollywood: How 1940s Filmmakers Changed Movie Storytelling, to name a just a few. But that’s just the tip of the iceberg. You can find him on the world wide web at davidbordwell.net, where many of his books are available for purchase as downloadable pdfs, along with a wealth of supplemental materials. You will also find his invaluable blog and where he and Kristin Thompson write about all manner of cinema. Professor Bordwell has been following Hong Sang-soo since his very first film, and our discussion touches on Hong’s filmography as a whole, Hill of Freedom (presented by UW Cinematheque with support from the UW Madison Center for East Asian Studies) in particular, and Hong’s visit to the 2001 Wisconsin Film Festival right here in Madison. Scroll down to listen to that conversation.

The Cinematheque’s free online film selection this week is a marvelous Scottish comedy and audience favorite from the early 1980’s, Gregory's Girl, written and directed by Bill Forsyth.

Bill Forsyth is our very special guest on Cinematalk this week. Forsyth’s achievements as a Scottish filmmaker are pioneering to say the least. He started a career in film at age 18 and spent nearly a decade and a half making commissioned documentaries and industrial films. This experience partly explains why his sublime and distinctly personal brand of filmmaking was fully realized when he made his first two narrative features, That Sinking Feeling and Gregory’s Girl. The international success of these two movies kicked off a wave of national filmmaking that led to the creation of what would become Screen Scotland, a national agency dedicated to the development and support of Scottish filmmaking. For Forsyth, the personal success paved the way for his next, and best-loved movie, 1983’s Local Hero, and several films made in the U.S., including his masterful 1987 adaptation of Marilynne Robinson’s novel Housekeeping.

This week, he spoke with us from his home outside of Edinburgh, about the making of Gregory’s Girl, its influences, and his approach to the art of cinema. Plus, learn how to see Gregory's Girl for free!

You can listen to the episode below or here, on Soundcloud.

Produced in conjunction with this week's offer to screen the new restoration of The Grey Fox at home, another new episode of our Cinematalk podcast is available. The show focuses on The Grey Fox through an interview with the film's producer Peter O'Brian, who remembers Phillip Borsos and the "Tax Shelter" era of Canadian Film Production. Later on in the podcast, a chat with Mary Sweeney, co-writer, producer and editor of The Straight Story, who shares her memories of Grey Fox and Straight Story leading man Richard Farnsworth. Listen here on Soundcloud or just scroll and click below to begin listening! Cinematalk is also available through ITunes podcasts.

This week, the Cinematheque is bringing you another terrific feature film to watch at home and for free, J. Lee Thompson's exciting 1957 British action drama Ice Cold in Alex, and a new episode of our Cinematalk Podcast!

On the first segment of the podcast, Cinematheque programmers, Jim Healy and Ben Reiser discuss Ice Cold in Alex and assess the fascinating career of director Thompson. In the second segment, we are joined by our special guest, UW Madison alum and esteemed editor Mark Goldblatt. Goldblatt offers his own praise of Ice Cold in Alex and reflects on his time as the editor of J. Lee Thompson’s 1984 movie The Ambassador, which screened at the Cinematheque in 2017.

On this week's Cinematalk, the official podcast of the UW Cinematheque, a conversation with writer/director Dan Sallitt.

Sallitt's fifth and latest feature, entitled Fourteen, is his first movie since The Unspeakable Act, which screened at the 2013 Wisconsin Film Festival. In the words of Cinematheque Programmer Mike King, Fourteen "is an absorbing and deeply moving portrait of long-term friendship. Inseparable since middle school, Mara and Jo find themselves drifting down different paths in their twenties—Mara naturally eases into young adulthood, while Jo struggles with commitments and substance abuse. Through seamless temporal ellipses, Sallitt charts their lasting bond over the course of a decade of change."

Mike King's talk with Dan Sallitt focuses on Fourteen and its production, Sallitt's development as an artist, and his evolving appreciation of French auteur Maurice Pialat. The talk concludes by touching on Sallitt's current viewing habits and passionate cinephilia, which you can learn more about on Sallitt's home page.

Plus, learn about how to view Fourteen at home for free, along with three early features of Sallitt's: Polly Perverse Strikes Again! (1986), Honeymoon (1998), and All the Ships at Sea (2004). All of which will be available starting Friday, May 15.

On the first Cinematalk episode since January (and the outbreak of COVID-19), Jim Healy and Ben Reiser discuss what has been happening with UW film culture since earlier this year and what the upcoming programming plans are for the next few months.

Then, a discussion of Matt Wolf's fascinating new documentary Spaceship Earth, which premiered at the 2020 Sundance Film Festival and is now available for home viewing here.

On the final part of the podcast, the Cinematheque's Kelley Conway and Mike King discuss Quentin Dupieux's absurdist comedy Deerskin, starring Jean Dujardin. Deerskin, like Spaceship Earth, was originally a selection of the 2020 Wisconsin Film Festival, and is now available for home viewing here.

Plus: Digressions on Bruno Dumont, Pauly Shore, and also the Spring 2020 Communication Arts Showcase, which can be viewed here for free!

50% of revenues generated from the rentals of Spaceship Earth and Deerskin will directly benefit the UW Cinematheque. Thanks for your support! 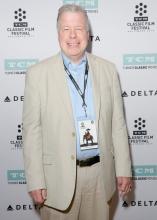 An in-depth conversation with film historian, archivist, and preservationist Bob Furmanek about the history of 3-D filmmaking and exhibition. Furmanek is also the founder of the 3-D Film Archive.

We were recently joined in the studio by James Runde, a Madison-based filmmaker and graduate of the Communication Arts department here at UW Madison. James has had four films in as many years at the Wisconsin Film Festival, starting with a short film at the 2016 Festival called WHITE AND LAZY. In 2017 he brought the short animated piece PATTI to the festival. In 2018 the Festival premiered LESLIE, a short that represented a section of Runde's nearly feature length effort, PLAYED OUT. PLAYED OUT then showed in its entirety at the 2019 Festival and it won a prestigious Golden Badger Award for excellence in Wisconsin filmmaking. Over the course of about an hour, James and Ben Reiser discuss many things, from shooting on 16mm film to movies he loves, music he enjoys, the controversy surrounding the title of his WHITE AND LAZY film, and his thoughts on regional filmmaking. But our conversation begins with us teasing him about his recent revisions to PLAYED OUT and the idea of a final version of art in this digital age.

On March 20, 2019, 20th Century Fox ceased to exist when the Walt Disney Co. completed its acquisition of what was once one of Hollywood’s six major studios. Although their catalogue stretches back more than 100 years, 20th Century Fox was officially formed in 1935 with the merging of two smaller studios, Fox Film Corporation and 20th Century Pictures.

To commemorate this significant moment in cinema history, we invited back a regular Cinematheque guest, film archivist and preservationist Schawn Belston, to speak to our audiences and chat with us here on Cinematalk.

In a career at Fox that spanned more than 25 years at Fox, Schawn’s work in film preservation began with the 1997 re-issues of the original STAR WARS TRILOGY. He eventually became Executive Vice President of Media and Library Services at Twentieth Century Fox, oversseing all archival and preservation work of the studio’s extensive library. Today, Schawn is a Senior Vice-President at the Walt Disney Company where he still looks after the Fox library, in addition to the Disney Studio’s catalogue.

Schawn joined us on November 8 and 9 to present a special clip-filled history of 20th Century Fox called FOX: AN APPRECIATION, and an archival print of John M. Stahl’s great melodrama, LEAVE HER TO HEAVEN.

The Cinematheque’s series tribute to Fox continues on Friday, December 6 with a double feature of two pre-code titles from the Fox Film Corporation, 1932’s QUICK MILLIONS starring Spencer Tracy, and 1933’s BLOOD MONEY, with George Bancroft, Judith Anderson and Frances Dee. Both films were directed by the talented and mysterious Rowland Brown. Then, on December 15, the Cinematheque’s 2019 programming will conclude with a contemporary classic from 20th Century Fox, the original 1988 DIE HARD, showing in a 35mm print from the collection of the Chicago Film Society.