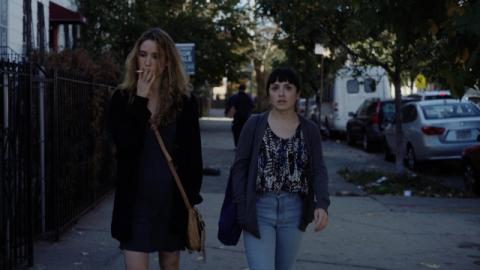 On this week's Cinematalk, the official podcast of the UW Cinematheque, a conversation with writer/director Dan Sallitt.

Sallitt's fifth and latest feature, entitled Fourteen, is his first movie since The Unspeakable Act, which screened at the 2013 Wisconsin Film Festival. In the words of Cinematheque Programmer Mike King, Fourteen "is an absorbing and deeply moving portrait of long-term friendship. Inseparable since middle school, Mara and Jo find themselves drifting down different paths in their twenties—Mara naturally eases into young adulthood, while Jo struggles with commitments and substance abuse. Through seamless temporal ellipses, Sallitt charts their lasting bond over the course of a decade of change."

Mike King's talk with Dan Sallitt focuses on Fourteen and its production, Sallitt's development as an artist, and his evolving appreciation of French auteur Maurice Pialat. The talk concludes by touching on Sallitt's current viewing habits and passionate cinephilia, which you can learn more about on Sallitt's home page.

Plus, learn about how to view Fourteen at home for free, along with three early features of Sallitt's: Polly Perverse Strikes Again! (1986), Honeymoon (1998), and All the Ships at Sea (2004). All of which will be available starting Friday, May 15.