DEATH WISH 3 Screening Postponed Until May 4 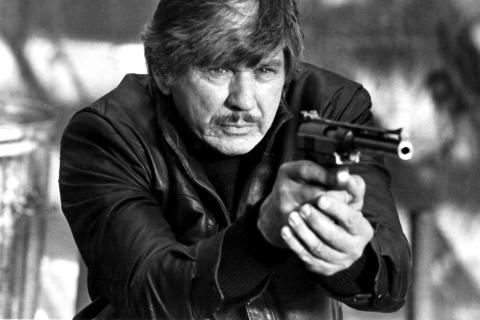 Due to Badger basketball, the planned screening of Death Wish 3 on Monday, April 6, in the Cinematheque and WUD Film's Cannon Fodder series, has been postponed. Death Wish 3 will now screen at 9 p.m. on Monday, May 4, as a double feature with Lifeforce, which will screen at 7 p.m. The program will also include a dazzling 20-minute trailer reel of other Cannon "classics".

Cinematheque screenings will go on hiatus until Friday, April 17th. The 2015 Wisconsin Film Festival begins this Thursday, April 9, and continues through April 16th. If you're in need of a Cannon fix, allow us to recommend the screenings of Electric Boogaloo: The Wild, Untold Story of Cannon Films and Avenging Force on April 11th.