AT THE CHAZEN: NEW DEAL CINEMA

In conjunction with the Chazen Museum of Art’s exhibit 1934: A New Deal for Artists (on display February 16-April 28), we are pleased to present four separate programs of popular cinema that reflect the sociological and cultural trends of 1934, the height of the Great Depression. The series includes the movie that made Shirley Temple a star, Stand Up and Cheer, paired with the Betty Boop vehicle, Poor Cinderella; the anti-fascist comic thriller The President Vanishes; William Powell and Bette Davis in the WB pre-code gem, Fashions of 1934; and Steven Soderbergh’s 1993 depiction of St. Louis during the Depression, King of the Hill. 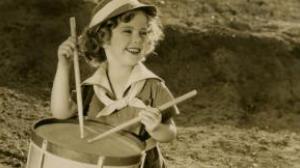 In this frothy Depression Era fantasy, President Roosevelt names a brash Broadway producer (Warner Baxter) as the country’s first “Secretary of Amusement”. While the new cabinet member faces lobbyists looking to take down his department, he finds help from a father-daughter act (Dunn and, in a star-making cameo appearance, Temple) who wow the nation with a number called “Baby, Take a Bow”. Preceded by Betty Boop in her only Technicolor cartoon, POOR CINDERELLA (1934, 11 min.) 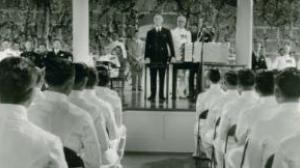 Fearing that the U.S. will be forced into war by a fascist cabal of weapon-makers, the President stages his own kidnapping in order to delay the war mongers’ plans. This politically loaded piece of pop entertainment from prolific director Wellman features script contributions from Ben Hecht and Charles MacArthur. 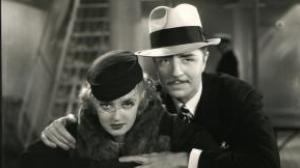 Powell and Davis have great chemistry as a swindler and his assistant who attempt to steal the latest Paris fashion designs and sell knock-offs at cut-rate prices. Caught in the act, the duo is forced to put on a legitimate fashion show. This breezy pre-code comedy with musical numbers is a gem of a showcase for Warner Bros. talent. 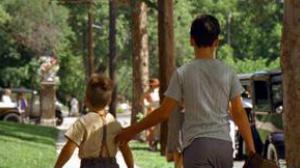 In the darkest days of the Great Depression 12-year-old Aaron (Bradford) uses his ingenuity and imagination to survive when he is separated from his family. One of director Soderbergh’s most memorable films (and still not available on DVD in the U.S.!), this moving, episodic, and picaresque drama is based on the memoir of writer A.E. Hotchner. The excellent cast also includes stars-to-be Adrien Brody, Katherine Heigl and singer Lauryn Hill.