In collaboration with the student-run WUD Film Committee, the Cinematheque brings back our Monday evening series of fun screenings that travel down the more grungy avenues of contemporary pop cinema. This season’s offerings include a rare showing of the roller boogie time capsule Skatetown U.S.A., a double bill of bizarro discoveries from Grindhouse Releasing (An American Hippie in Israel and Gone with the Pope); Peter Cushing in the Christmas heist thriller Cash on Demand; and some bonus surprises. The screenings take place on at the Marquee Theater in Union South.

In this loosely-plotted and structured multi-character comedy/time capsule, the denizens and proprietors of a Los Angeles disco and skating rink gather for a roller boogie contest (first prize: $1,000 and a moped!). In addition to Swayze making his feature debut, the cast of this campy treat includes several veterans of 60s and 70s television, including Happy Days’ Baio, Laugh-In’s Wilson and Ruth Buzzi, The Brady Bunch’s Maureen McCormick, and Welcome Back Kotter’s Ron Palillo. The soundtrack is peppered with disco era hits, none of which were licensed for home video release, so don’t look for this one on DVD or blu-ray. 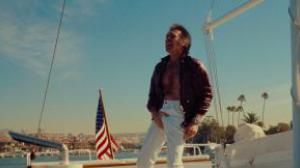 Paul (writer and director Mitchell) is a sleazy small-time gangster who comes up with a particularly unholy scheme: kidnap the pope and demand a “dollar from every catholic in the world” as ransom. A former nightclub entertainer who was, along with Sammy Petrillo, one half of the most popular Martin and Lewis knockoff act, Mitchell turned to independent, low-budget filmmaking in the 1970s with the ultra violent Massacre Mafia Style (1974). At the time of Mitchell’s death in 1981, his second feature, then titled Kiss the Ring, existed only in an unassembled form. Oscar-winning editor Bob Murawski (The Hurt Locker, Spider Man) has taken on an enormous labor of love by creating a finished film from Mitchell’s inspiring, exciting, and often hilarious footage. The result is a genuine revelation: one of the most imaginative and fast-paced exploitation efforts of our times. Murawski’s work on Gone with the Pope extended over 15 years and brought Mitchell’s decidedly personal and fascinating work back from the brink of cinematic oblivion. 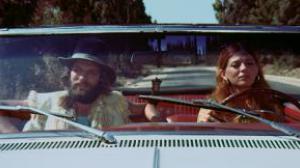 Visiting Israel, “American hippie” Mike (played by Israeli actor Tzarfati) thumbs a ride with a groovy chick and they set off with some other free-spirit friends in search of a desert island Utopia. A few days of paradise give way to debauchery for the anti-war bunch as nature takes its heavy toll. This amazing, recently rediscovered far-out oddity also contains man-eating sharks, some creepy mimes, and robots! 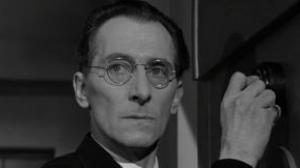 A humorless taskmaster of a bank manager (Cushing) finds himself the hostage of a charming but brutal criminal (Morell). The thief plans to rob the bank while using the staff’s resentment towards their boss to his advantage. An offbeat departure for the usually horror-centric Hammer Films, this clever and riveting heist thriller is also one of the big-screen’s most unusual variations on Dickens’ A Christmas Carol. It provides a marvelous showcase for Cushing, who would have turned 100 this year.