The first Cinematheque-Chazen Museum of Art’s collaboration for the fall will be presented in conjunction with the museum’s gallery exhibition, “Offering of the Angels: Paintings and Tapestries from the Uffizi Gallery” (on view August 24 through November 25). Our film series puts the spotlight on newly struck prints and recent restorations of marvelous Italian feature films from the late 1940s through the early 1970s. From influential neorealist gems to more experimental and postmodern works, this period of Italian film history arguably produced more masterpieces than any other era in any other European national cinema. The selection includes canonized titles such as Antonioni’s Red Desert, De Sica’s Bicycle Thieves and Leone’s Once Upon a Time in the West, and also features a few lesser known gems like Ferreri’s Dillinger is Dead and Blasetti’s Too Bad She’s Bad. Special Thanks to The Istituto Luce Cinecitta. 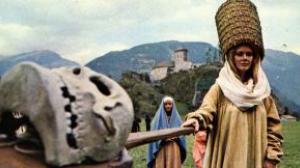 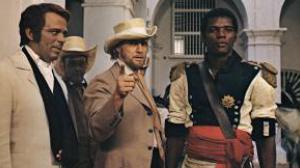 In this story based on historical fact, the fascinating Brando (in what he considered his best performance) plays William Walker, a British agent who is sent to a Caribbean Island in 1845 to teach black sugar plantation workers the art of revolution against the Portuguese landowners. Though Walker’s intentions are for the British to eventually gain control, his plans are thwarted when the charismatic revolutionary leader he installed refuses to accept any sort of colonization. This rousing political adventure set to the equally inspiring music of Ennio Morricone is just as good as radical filmmaker Pontecorvo’s The Battle of Algiers. Burn! will be presented in its original Italian release version, which restores 20 minutes of footage never before shown in the U.S. 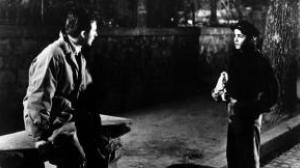 For what is largely considered his first masterpiece, Fellini drew upon his adolescence in the small town of Rimini to tell the story of five young men who slowly come to realize their melancholy futures. From American Graffiti to Diner to GoodFellas, Fellini influenced personal filmmaking for many years to come with his splintered storyline, innovative voice-over technique and "wandering" camera. 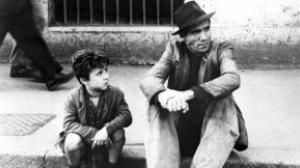 A poster hanger and his adorable son search the streets of Rome for the stolen bicycle that is essential to their survival. Perhaps the most important and most heartbreaking film from Italy’s post-war neorealist movement, Bicycle Thieves  is quite simply, unforgettable. 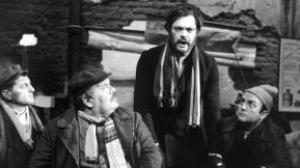 Mastroianni stars as a socialist labor organizer in turn-of-the-century Turin who helps textile workers fight for better working conditions. From the director of Big Deal on Madonna Street, this is “one of the great Italian films of the 60s, it cries out for rediscovery.” (Jonathan Rosenbaum, Chicago Reader) 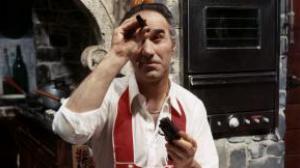 A bored industrial designer (Piccoli) looking for diversion discovers an old revolver wrapped in a 1934 newspaper headline announcing the death of a famous American gangster. He paints the gun with red and white polka dots, seduces his maid (Girardot), and contemplates suicide, as well as the murder of his wife (Pallenberg). Writer/director Ferreri’s (Le Grande Bouffe, The Last Woman) surreal and symbolic head trip belongs in the tradition of the Theater of the Absurd. Don’t miss your chance to discover this oddball puzzler on the big screen. 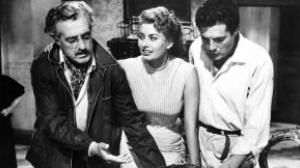 Rome provides the splendid backdrop for Blassetti's fast-paced comedy about life and love among crooks. Loren as Lina, in the first of her enormously popular comedies of the 50s, also provides pleasant visual stimulation. De Sica plays Lina’s dad, a veteran purse-snatcher nearing retirement age who occasionally lends a helping hand to his daughter's unlawful adventures. Mastroianni shines as the clumsy cab driver who is convinced that only one thing will cure our heroine: matrimony. Print courtesy Cinecitta Luce. 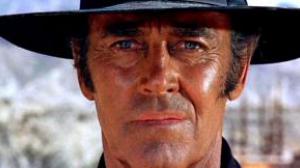 Brilliantly cast against type, Fonda is Frank, a cold-hearted, avaricious monster who shows no remorse while gunning down a family to access their land. The surviving widow (Cardinale) defends the farm with the help of the outlaw Cheyenne (Jason Robards) and a nameless drifter with a harmonica  (Bronson) who seeks his own personal revenge on Frank. For this Italian-American co-production, director Leone shot on American locations for the first time, choosing John Ford’s beloved Monument Valley as a backdrop. Topping their success with The Good, the Bad, and the Ugly, Leone and his composer Ennio Morricone reached new operatic heights in matching music with image. A new 35mm print of the uncut original release version will be shown. Restored by Paramount Pictures and Sergio Leone Productions with the Academy Film Archive. Restoration funding provided by Cinema per Roma Foundation and The Film Foundation. 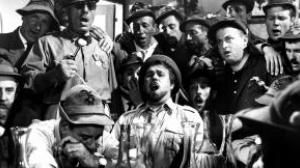 Germi’s fast-paced bedroom farce is his third, after Divorce, Italian Style and Seduced and Abandoned. Set in the provincial northern town of Treviso, Germi dissects the hypocritical middle class (the “Ladies and Gentleman” of the Italian title) with subtle observations on marriage, chastity, the police, the court system, the church and family. Winner of the Palme D’Or at the Cannes Film Festival in 1966. Print courtesy Cinecitta Luce. 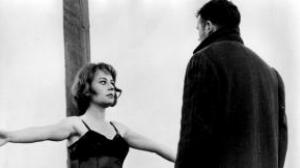 Rocco (Delon), along with his four brothers and their widowed mother, leave their impoverished farm in southern Italy for the corruption of Milan. Tragedy ensues when Rocco and his brutal sibling Simone (Salvatori) clash over a prostitute (Girardot). As in Visconti’s The Leopard, you’ll be swept along by the powerful story, the beauty of stars Delon and Claudia Cardinale, the graceful direction, and Nino Rota’s haunting music. 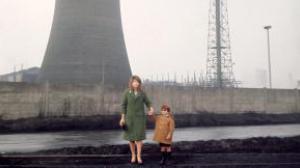 In Antonioni’s first color film, an alienated wife and mother (the director’s muse Vitti) contemplates an affair with her husband’s colleague (Harris) while navigating an industrial wasteland brought on by the technological age. Perhaps Antonioni’s most stylish effort, Red Desert is suffused with devastatingly beautiful imagery and an almost overwhelming sense of disaffection. 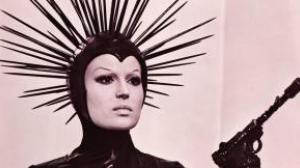 Producer Dino De Laurentiis assembles an all-star team of Italian directors to take the helm of five short episodes. Each short - ranging from the comically inventive to the fantastically bizarre - is a vehicle for the enrapturing Silvana Mangano, Mrs. De Laurentiis. Fun for all adults, The Witches is also a must see for completists of Eastwood, who co-stars in De Sica’s episode.