Our selection of the most exciting new international and independent cinema includes five new features and documentaries that you will not see theatrically anywhere else in the area. The fall season opens with The Waiting Room, a revealing and powerful look at a day-in-the-life of one of our country’s busiest hospitals. Plus, two from France that bring new dimensions to familiar genres: the cinephilic horror film Last Screening and the dystopian satire Carré Blanc. We are also pleased to present the local premieres of two acclaimed new works from South Korea: the fascinating love story Planet of Snail and In Another Country, starring Eurocinema icon Isabelle Huppert. 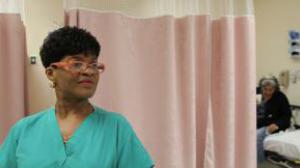 “A sad, funny, tense, deeply affecting day-in-the-life of an under-resourced public hospital” (Washington Post), this gripping documentary easily ranks among the most important films of the year.  Over the course of a single day at Oakland’s Highland Hospital, an overworked staff copes with an unending stream of under- and uninsured patients.  Director Nicks combines the formal elegance and micro/macro scope of Frederick Wiseman with a profoundly human sense of empathy to craft an unshakable view of the frontlines of American healthcare.  “The Waiting Room doesn’t simply shed light on the broken healthcare system; like the best dramas, it humbly illuminates the human condition.” (Washington City Paper) 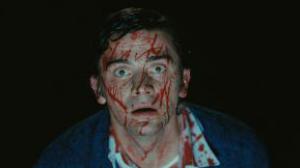 A cinephilic riff on the serial killer genre, Last Screening imagines Norman Bates running a repertory cinema.  Projectionist/manager of a Paris Cinematheque not terribly different from our own, Sylvain runs Renoir revivals for dwindling crowds every evening, then commits grisly murders overnight.  Writer/director Laurent Achard nails the details, crafting a film that evokes a newly discovered 1970s giallo print on every level, from script to lighting, right down to the burned-in cue marks between reels. 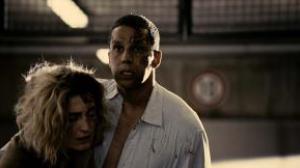 Set in a dystopian future, this stark satire of corporate culture has earned critical comparisons to Kafka, Kubrick, and Tarkovsky.  An executive in an oppressive corporate regime, Phillipe subjects society’s weakest members to inscrutable, grimly comic physical challenges and mind games, while his wife struggles to maintain the dead-eyed façade necessary to blend in. Crisp cinematography and impeccable design cultivate an atmosphere of almost palpable dread, sliced with a dark humor worthy of Brazil. Presented in conjunction with the Wisconsin Science Festival. 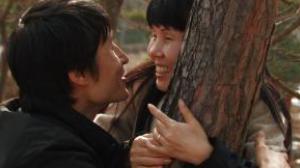 A spellbinding, intimate documentary Planet of Snail explores the world of a deaf-blind man and his wife in Seoul.  As they communicate by tapping out braille on each other’s fingers, simple endeavors like changing a lightbulb take on herculean proportions. Funny, moving, and mesmerizing, this one-of-a-kind romance has scooped up prizes at premiere documentary showcases wordwide, including IDFA and Silverdocs.  “Cinematic love stories don’t come more convincing or singular than this.” – (Village Voice) 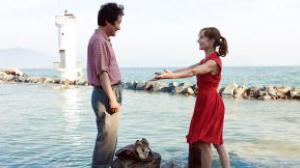