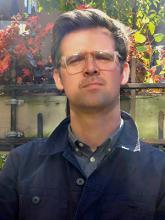 As a bonus to the Cinematheque's presentation of The Twentieth Century, Mike King leads a lively conversation with the movie's ingenious creator, Matthew Rankin. Their talk touches on Canadian national identity, the real and fake Mackenzie King, "dollar store" production design, and much more. 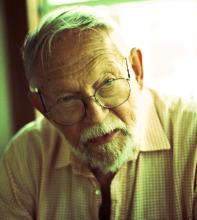 On a new episode of Cinematalk, presented in tandem with the Cinematheque's free view-at-home tribute to Amos Vogel, Jim Healy speaks with Tobias Hering, an independent curator, researcher and writer based in Berlin who currently directs the "re-selected" project at the International Short Film Festival Oberhausen. This is an ongoing series of programs based on the festival's analogue print collection and paper archives. Hering’s ongoing research around Amos Vogel, focuses on Vogel’s relations to the Oberhausen festival and his role in the advent of a new film and cinema culture in Germany in the 1960's. Hering is also the editor of several anthologies of film writing published in Europe.

In conjunction with the Cinematheque's presentation of Filmfarsi and The Deer, this episode of Cinematalk features filmmaker and curator Ehsan Khoshbakht in conversation with our Mike King. Khoshbakht is the co-director of Il Cinema Ritrovato film festival in Italy and has authored and contributed to numerous books on cinema.  His website, Notes on Cinematograph, can be located here. Listen to Cinematalk below or subscribe through Apple Podcasts.

An informative supplement to the Cinematheque's on-line screening of Identifying Features, this episode features that film's director Fernanda Valadez and her co-screenwriter, co-producer, and co-editor Astrid Rondero. The two filmmakers have been collaborators on a number of short and feature film projects, including The Darkest Days of Us (2017), a movie that marked Rondero’s feature directorial debut. Together, they are the founders of the production companies Enaguas Cine and Corpulenta. During the filmmakers' discussion with the Cinematheque's Director of Programming, Jim Healy, they talk about the real life inspirations for Identifying Features and its complicated production history, as well as their cinematic influences and their hopes for the future.

Listen to this episode of Cinematalk below, or through Soundcloud, or subscribe through Apple Podcasts. 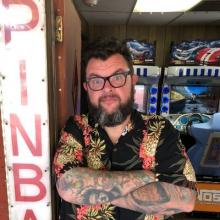 A perfect companion to the Cinematheque's presentation of Demons, this episode of Cinematalk, features Jim Healy in conversation with writer and cinephile Mike McPadden. McPadden is author of two positively essential film guides, the recently published Teen Movie Hell and, now in its third printing, Heavy Metal Movies, a compendium that describes Demons as "Italy’s hallucinogenic meta-commentary on its own berserk splatter movies of the ‘80s." McPadden has provided commentary tracks for several home video releases on blu-ray, and he’s also the co-host of two other podcasts we highly recommend, Crackpot Cinema, co-presented with TV writer Aaron Lee, and 70 Movies We Saw in the 70s, co-hosted with the Cinematheque’s Ben Reiser.

Listen to Cinematalk below, or subscribe through Apple Podcasts. 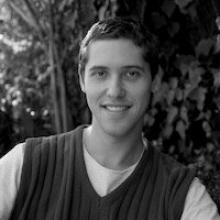 In conjunction with the Cinematheque's free view-at-home screening of Wisconsin native Xia Magnus' Sanzaru, this episode of Cinematalk features our own Ben Resier in discussion with Xia Magnus.

A young director who spent much of his youth here in Madison, Xia has been wowing audiences at Wisconsin Film Festival and beyond since 2016 with his short films Hunter and Round River (Golden Badger Award, 2016 WFF). Xia Magnus talks about his approach to storytelling, his horror film inspirations, filming in Texas, and working with his Mom. Listen below or subscribe to Cinematalk through Apple Podcasts or wherever you get your podcasts.

In support of the Wisconsin Science Festival and the Cinematheque’s virtual engagement of a classic science fiction double feature, this episode features Cinematheque Programmers Jim Healy and Ben Reiser in a spoiler filled-conversation about The Incredible Shrinking Man. For an equally fun and digressive discussion on Silent Running, we invite you to listen to a new episode of another podcast, 70 Movies We Saw in the 70s, co-hosted by Mike McPadden and Cinematheque Programmer Ben Reiser. Listen to both podcasts below or subscibe to Cinematalk and 70 Movies through Apple Podcasts.

Cinematalk Podcast #17: CAN YOU HEAR US NOW? with Jim Cricchi and Susan Peters

Tieing-in with the Cinematheque's presentation of Can You Hear Us Now?  this new episode of Cinematalk features director Jim Cricchi and writer/producer Susan Peters discussing their documentary and the Wisconsin electoral process. Jim and Susan first came to our programmer's attention with the short documentary, Los Lecheros, which premiered at our 2018 Wisconsin Film Festival. Jim and Susan were scheduled to present Can You Hear Us Now? at the 2020 Wisconsin Film Festival, so we are delighted to have them for this Q&A session.

Cinematalk · 18. CAN YOU HEAR US NOW? with Jim Cricchi and Susan Peters

In conjunction with the Cinematheque's free view-at-home presentation of Martha Shane's documentary Narrowsburg, this episode features Martha Shane in conversation with Cinematheque Programmer Mike King. Their discussion touches on the making of Narrowsburg, the reluctance of her interview subjects, the "underworld connections" of Richie Castellano, film fest fraud, and more! Listen below or subscribe to Cinematalk through Apple Podcasts. 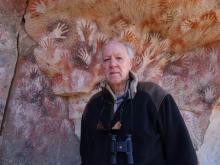 As a supplement to the Cinematheque's free view-at-home presentation of Werner Herzog's Nomad: In the Footsteps of Bruce Chatwin, this episode of Cinematalk features Cinematheque Director of Programming Jim Healy in conversation with Rob Thomas, Film Critic for Madison's Capital Times. The discussion revolves around Nomad and its relation to Herzog's prolific body of work. Plus, Rob reports from the front lines on the current state of cinema exhibition here in Madison.