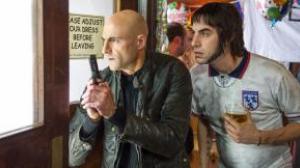 MI6’s top assassin (Mark Strong) has a brother. Unfortunately for him, he’s an English football hooligan (Sacha Baron Cohen) from the town of Grimsby. Nobby has everything a man from the poor English fishing town of Grimsby could want – 9 children and the most attractive girlfriend in northern England (Rebel Wilson). There’s only one thing missing in his life: his little brother, Sebastian. After they were adopted by different families as children, Nobby spent 28 years searching for him. Upon hearing of his location, Nobby sets off to reunite with his brother, unaware that not only is his brother an MI6 agent, but he's just uncovered a plot that puts the world in danger.  On the run and wrongfully accused, Sebastian realizes that if he is going to save the world, he will need the help of its biggest idiot.The Brothers Grimsby’s original screenplay is co-written by UW Madison graduate Phil Johnston (’94). No passes required. Seating is limited and provided on a first-come, first-seated basis. Doors open at 7:00 p.m. We anticipate a full-house. Please arrive early! 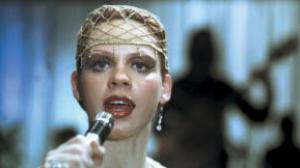 In East Berlin, wide-eyed Sunny (an invigorating performance from Krössner) dreams of becoming a pop star and living a Bohemian life-style, sleeping with whomever she chooses. When her new lover (Lang) writes her a ballad with English lyrics, Sunny thinks she’ll be a sensation, but the realities of living in a country on the verge of collapse thwart her plans. Told with compassion and style, Solo Sunny is generally regarded as the best feature produced in East Germany. Sadly, it was the final feature directed by the talented Wolf, who died at age 56 not long after it was released. 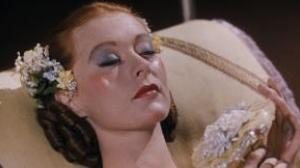 As he waits for a response from the ballerina he idolizes, Hoffmann (Robert Rounseville) tells drunken tales of three lost loves: Olympia, the automaton; Giuletta, the courtesan; and Antonia, the doomed soprano. Using a striking color palette and music performed by the Royal Philharmonic Orchestra, Powell and Pressburger bring Jacques Offenbach’s final opera to the screen with the same great care they brought to The Red Shoes. An ambitious experiment in fusing opera and cinema, Tales of Hoffmann won the Exceptional Prize at Cannes in 1951. Co-presented by Madison Opera, whose production of Tales of Hoffmann will be presented April 15 & 17. (AM)