Premiere Showcase is the Cinematheque’s effort to bring the boldest and most exciting new cinema back to the big screen. Crafted with the same curat­orial acuity we bring to our repertory series, Premiere Showcase presents exciting new work by contem­porary directors that would otherwise have no theatrical venue in the area. Our selections for this calendar begin with the first movie on our calendar, The B-Side: Elsa Dorfman’s Portrait Photography, the latest from acclaimed documentarian and UW Madison alum Errol Morris. In Between is a fictional portrait of three Arab Israeli women living together in Tel Aviv and the special bond they form. Dawson City: Frozen Time is a new documentary about the discovery of a hidden cache of nitrate film in the Yukon. One of the most critically acclaimed films at this year’s Sundance Festival, Kogonada’s Columbus tells of two introverts who meet in the Midwest’s hidden hub of modernist architecture, Columbus, Indiana. Presented in conjunction with our series tribute to Frederick Wiseman, Ex Libris is the octogenarian documentarian’s latest and a movie that explores the many facets of the New York Public Library. Finally, Among Wolves takes us inside the private world of a Balkan biker gang determined to save the wild horses outside of their formerly war-torn community. 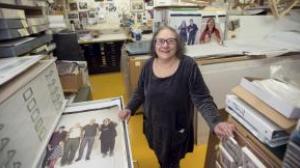 Oscar winner and UW-Madison alum Errol Morris’s (The Thin Blue Line, The Fog of War) latest documentary focuses on Cambridge, MA photographer Elsa Dorfman.  Using a rare, large-format Polaroid camera, Dorfman has snapped decades worth of family portraits, as well as many of her close friend Allen Ginsberg. This affectionate dialogue between two master portraitists explores the methods with which one can use film to capture a subject’s distinctive personality.  “Unearths unexpected layers of truth, humanity, and transcendence” (Sight & Sound). (MK) 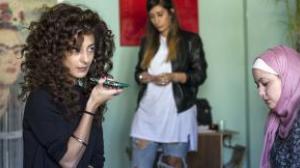 Criminal lawyer Laila, DJ/bartender Salma and religious student Nur are three Arab Israeli young women sharing an apartment in Tel Aviv. When Nur’s conservative fiancé encourages her to leave her studies and the city to marry him, her more secular roommates face their own struggles to balance modernity with tradition. Unfolding in a city where the protagonists are partly seen as outsiders, In Between candidly and movingly depicts their special friendship and unique bond. Co-presented with UW’s Middle Eastern Studies Program. The screening will be followed by a discussion led by Raied Haj Yahya, Graduate Student in the UW's Department of Political Science. 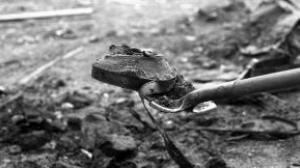 In 1978, a cache of long-lost silent films was discovered in the unlikeliest of places—buried in a swimming pool in the remote Yukon Territory, where they had been preserved by permafrost.  Archival filmmaker Morrison (Decasia) uses imagery culled from these literally unearthed treasures to illustrate the stranger-than-fiction tale of how they were lost and found, a wide-ranging gold rush yarn that spans generations. “An instantaneously recognizable masterpiece” (New York Times). Co-presented with the Wisconsin Center for Film and Theater Research. (MK) 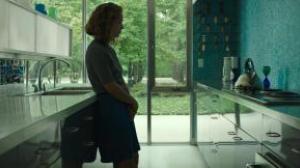 The Midwest’s hidden hub of modernist architecture, Columbus, Indiana, is the striking stage for this soulful portrait of a connection between two bookish introverts. In town to care for his ill father, thirtysomething Jin befriends Casey, an equally thoughtful and directionless recent high school graduate.  Acclaimed video-essayist Kogonada’s first feature matches the modernity of Columbus’s architecture with equally precise characterization and visual design.  “One of the best American debuts in ages… a manifesto for a cinema in which thoughtfulness, even intellectualism, is in no way exclusive of feeling, even of passion” (Film Comment). Co-presented by Madison’s Asian-American Media Spotlight. (MK) 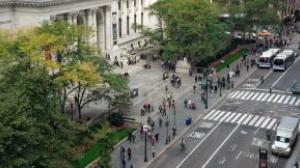 In his newest film, the 87-year-old Wiseman examines the New York Public Library, from the daily challenges facing its devoted staff to the needs of its passionate users. Spanning 92 branches, the enormous scope of this system offers a complex topic for a masterful filmmaker creating another essential study of a cultural institution. In Ex Libris, Wiseman finds a treasured subject that faces a period of change and uncertainty, even as the system continues its dedicated service to its community. (MSJ) 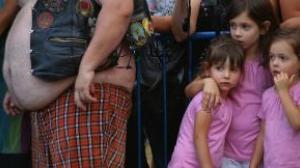 This mesmerizing, eye-opening new documentary introduces us to a humanitarian biker gang within the formerly war-torn Balkan community of Livno. The Wolves Motorcycle Club has tasked itself with the mission of saving the wild horses of Bosnia and Herzegovina, all the while coping with the devastating after effects of civil war. Winner, Chicago Award, 2016 Chicago International Film Festival. Director Shawn Convey & Writer Kevin Ripp will appear in person to present and discuss their film. Co-presented with the UW’s International Division, Institute for Regional and International Studies (IRIS), and Center for Russia, East Europe, and Central Asia (CREECA).