1979 brought the release of one of the most influential and visionary movies in international film history, George Miller’s futuristic cop-revenge thriller Mad Max. In the U.S., Mad Max was given a slapdash exploitation release and the voices of star Mel Gibson and the Australian cast were dubbed over with American accents. Despite this, the film gathered a cult following in America and around the world, prompting a sequel, the decidedly post-apocalyptic Mad Max 2. This follow-up, retitled The Road Warrior for North America, became a critical smash and a box office success. Along with Gibson’s last entry in the series, Mad Max Beyond Thunderdome, and Miller’s Oscar-winning 2015 reboot, Mad Max: Fury Road, the four movies have been acclaimed for their imaginatively designed dystopias, increasingly elaborate action set-pieces and breathtaking chase sequences, and a sometimes hopeful vision of humanity. This summer, the Cinematheque celebrates the 40th anniversary of Mad Max’s first release with screenings of all four films, including a 3D showing of Fury Road. 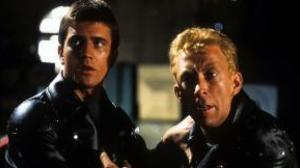 Australia in the not-so-distant future: a roving, marauding band of motorbikers led by the vicious Toecutter (Keays-Byrne) make the mistake of attacking the family of highway cop Max Rockatansky (Gibson, in the role that made him a star). A brilliantly edited, kinetically charged revenge saga and car chase classic, Mad Max will be shown here in its original Australian version, minus the unnecessary American accents dubbed in for the U.S. release. 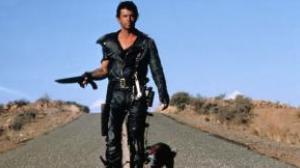 “Apocalypse...Pow! Exhilarating entertainment—and a textbook for sophisticated, popular moviemaking” (Richard Corliss, Time). Former cop Max (Gibson) is now a wandering mercenary scrounging for gasoline on the desolate roads of a world leveled by nuclear war. When he encounters a community of petrol-rich survivors, he offers to help them fight off a band of marauders led by the masked Humungus (Kjell Nilsson). This hyperkinetic sequel to Mad Max turned out to be one of the most influential and oft-imitated movies of its era. 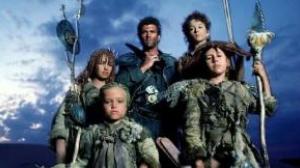 Continuing to wander the post-apocalyptic wasteland, Max (Gibson) drifts into a sleazepit called Bartertown, a trading post community overseen by the cunning Auntie Entity (Turner). After a gladiator-style battle in Bartertown’s Thunderdome, Max is rescued by a group of children who believe him to be their personal savior. “The third movie in a series isn't supposed to create a world more complex, more visionary and more entertaining than the first two...But now here is Mad Max Beyond Thunderdome, not only the best of the three Mad Max movies, but one of the best films of 1985” (Roger Ebert). 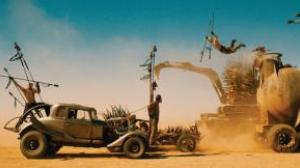 Still wandering the scorched earth, Max (now played by Hardy) finds himself captured and turned into a slave to patriarchal post-apocalyptic warlord Immortan Joe (Keays-Byrne). Max’s opportunity to escape comes in the form of one-armed truck driver Imperator Furiosa (Theron), who leads a small platoon of Joe’s former concubines across the desert in search of a new home. Continuing the visionary, action-packed saga 30 years after Beyond Thunderdome, director Miller delivered the most critically lauded movie of his career. Winner of six Academy Awards, Fury Road will be shown in its much-celebrated 3D version.