January-May special presentations include double feature programs of early Cary Grant vehicles, and “Rollercoaster noir” - a pair of early 50s thrillers that each conclude on the same amusement park ride! Plus, 35mm presentations of Kurosawa’s Throne of Blood and Scorsese’s New York, New York; a screening of Bresson’s Au Hasard Balthazar presented in conjunction with our Madison premiere of EO; and a return visit from avant-garde master Larry Gottheim, who will introduce two recent short works. 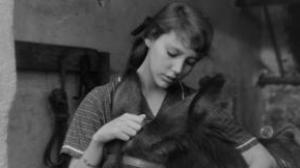 Bresson demonstrates his austere sense of beauty through exquisitely composed shots and a carefully crafted story paralleling the lives of a mistreated donkey and the equally suffering girl who gave him his name. Jean-Luc Godard called this uncompromising view of humanity through the eyes of a donkey, “the world in an hour and a half.” It is possibly Bresson’s most personal, intense work with one of the most powerfully devastating endings in cinema history. 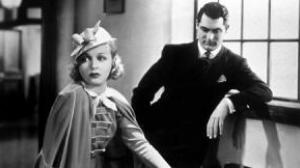 Grant plays detective Daniel “Handsome Dick” Barr, and Bennett is his girlfriend, Eve Fallon, a manicurist turned ace crime-reporter. Together, they’re hot on the trail after a gang of baby-killing jewel thieves in this fast-paced and suspenseful crime-comedy. Unsentimental and brimming over with hard-boiled cynicism, Big Brown Eyes finds director Walsh making the most of Pidgeon and Lloyd Nolan as some truly ice-blooded ne’er-do-wells, as well as helping to shape Grant’s remarkably charming big-screen persona. (BR) 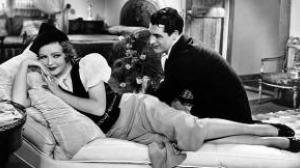 In a closed-minded hamlet, bank clerk Ruth (Carroll) finds herself the subject of a scandal when she innocently spends an evening with city-slicker playboy Romer (Grant). The false accusations threaten Ruth’s livelihood and her budding romance with childhood friend Bill (Scott). A racy, beautifully directed pre-code gem, Paramount’s Hot Saturday “ is set in a curdled version of the small-town America that was being enthusiastically celebrated down the road at Fox…[a town] where the local youths spend their leisure time chugging bootleg liquor and groping each other on the dance floor at a lakeside roadhouse” (Dave Kehr, The New York Times). 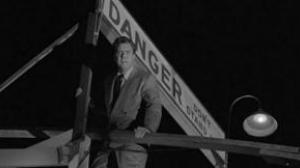 Film noir regulars O’Brien and Totter star in the story of a gangster who gets amnesia after having experimental brain surgery to cure his criminal tendencies — then his old gang wants to know where he stashed the loot. Man in the Dark was just the second 3-D feature to be released in the U.S. (between Bwana Devil and House of Wax) and the process is dazzlingly, dizzyingly demonstrated in the climax set aboard an amusement park roller coaster. 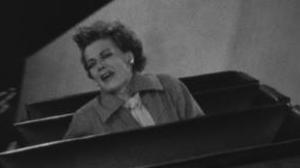 The San Francisco Police ask Eleanor Johnson (Sheridan) for help in tracking down her husband, who is the eyewitness to a murder. Eleanor must find her spouse before the killer does, so she embarks on her own investigation all over the city, learning things about her marriage that she never realized before. Her search leads her ultimately to the roller coaster on the Santa Monica pier (the same coaster used three years later for the climax of Man in the Dark). After twelve years under contract at Warner Bros., Sheridan gives one of her finest performances in this riveting noir thriller, a movie she also produced! 35mm print restored by the UCLA Film & Television Archive and the Film Noir Foundation. 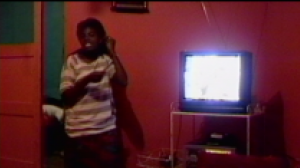 Larry Gottheim has been a key figure in American experimental cinema for nearly five decades. Combining conceptual and formal sophistication, Gottheim’s two most recent works included in this program survey the boundary between natural process and human agency, offering varied perceptions of deceptively simple subjects that concatenate into feasts of light, color, texture, movement, and sound. Larry Gottheim will appear in person to introduce his films and discuss after the screenings. 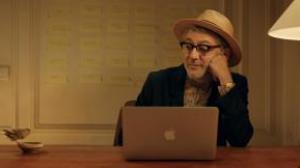 Palestine’s leading cinematic auteur Elia Suleiman (Divine Intervention) has returned with his first feature in ten years: a comic chronicle of an artist looking for funding for his next project. Without uttering more than a handful of words, Suleiman plays himself, a writer-director who leaves his oft-absurd daily life in Nazareth to court producers and actors (including Bernal) in Paris and New York City. Concerned with a lot more than just show business, Suleiman fixes his camera on a number of droll characters and situations: a ballet of cops on Segways, an all gun-carrying citizenry of Manhattan, and a stubborn, implacable sparrow, among many others. Told in a series of sequences that are as deadpan as the expression on Suleiman’s face, It Must Be Heaven recalls the comic genius of Jacques Tati, Jerry Lewis, and Sweden’s Roy Andersson. “Affably self-effacing meta-commentary blankets the film, skewering the very notion of a standard-bearing national artist by revealing how tenuous geographic borderlines can be” (Charles Bramesco, Little White Lies). 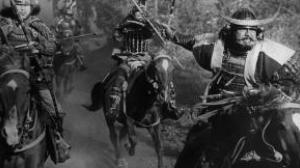 Kurosawa transplants Shakespeare’s Macbeth to feudal Japan with Toshiro Mifune as the samurai analogue to the famed Scottish lord. Measured expressionistic flourishes (blankets of fog, sheets of rain, and a stunning use of arrows in the unforgettable conclusion) endow the world of this underrated masterpiece with an eerie sense of inevitable evil and peril. Presented in conjunction with University Theatre’s production of Macbeth, April 20-30. 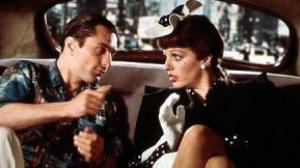 Scorsese’s homage to musical melodramas like A Star is Born and The Man I Love tells of the stormy romance of hotheaded jazz saxophonist and bandleader Jimmy Doyle (DeNiro) and pop singer Francine Evans (Minnelli). As Francine’s star ascends, the lovers’ relationship begins a downward spiral. Combining big-budget production numbers and elaborate set-design with DeNiro and Scorsese’s trademarked improvisatory style, New York, New York is a singularly striking artistic achievement. A recently struck 35mm print of the uncut version, complete with the “Happy Endings” musical number, will be shown.

Highlighting works produced in Communication Arts Media Production courses at UW Madison, this program is curated by the instructors of documentary and narrative production courses and gives new filmmakers the opportunity to present their films on screen for the first time.